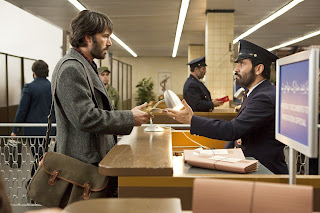 ---Bartyzel's "The Real and Fictional Horror of Rosemary's Baby"

---"Secret cinema is Banksy style – no one knows who he is."

---"I can't help but feel like you have, in some ways, made a movie about the act of criticism.

Absolutely. If you're going to make a movie about the viewing, and ultimately the production, of terrible, hard-to-watch content, it's hard not to take the opportunity to use it to comment on watching, critiquing, and making films. We tried to keep it under the surface, so it was never preachy or in your face, but I certainly wanted that to be there to be dissected and digested by the sorts of people that enjoy such things."  --C. Robert Cargill discussing Sinister

---"Drones permit the police to surveil people at all hours of the day and, apparently, at 1/30 the cost of other forms of aerial surveillance."

---"The story of this film just happens to resonate with the story that we have been hearing for months. It is the story that justifies the sanctions upon Iran (with increasingly frequent references to the threat of nuclear war in the hands of the same ‘crazy’ imams and their minion Mahmoud Ahmedinejad). It is the story that drives Bibi to throw his hands up in frustration as POTUS—thus far—refuses to invade Iran. It is the story that confirms the political and moral weight of American Empire. And as importantly, it is the story that reaffirms the decisions made by the CIA on behalf of American Empire. It validates the CIA’s existence, it valorizes its supposed competence.  It is the fantasy of a CIA that has probably never existed—and certainly not now—as we recall the incident of the CIA agent who shot two Pakistanis last year, whose story was covered up by an embarrassed US—at least for a few days." 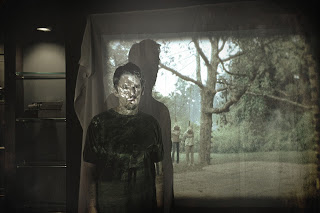 ---"There was a notion that May '68 failed and it was a rehearsal for the actual revolution to come. That's what kids were obsessed with, and they were convinced it was possible, that one generation had the power to turn society upside down. And it was a fact. It was not a dream or perceived as utopian, because not only we believed it, but the authorities also believed it. The cops on the street believed it. The headmasters believed it. Everybody was kind of scared. There was a certain level of antagonism that made things electric."  --Olivier Assayas

---"a pretty strong indictment of the gullibility of the population to be won over by the anti-intellectual and anti-elitist. It’s a satiric statement about our desire, especially in chaotic times, for a charismatic person to step up and become someone onto whom we can project all our hopes and dreams."

---@jeeemerson's analysis of the opening shot of The Player

---"Vertigo, a movie that, according to Thomson, `has a helpless guilt, the first admission that voyeurism may undermine you, and that acting is a metaphor for all of life.'” 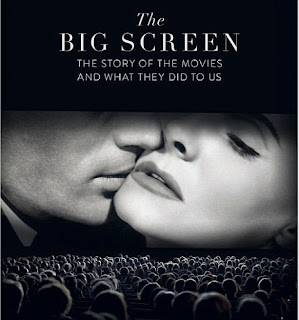 ---"the pressing implication of the picture is to say, oh, please, don't let's peddle the old lies about good entertainment, movie stars and a great evening out – this is a frenzy, bent on sex and violence, and we are growing older as we watch ... Art is not a recreation, a consolation, a pastime, a business (though it is all these things); it is the stone on which your knife is sharpened."
Labels: Argo Notable film and media links surveillance