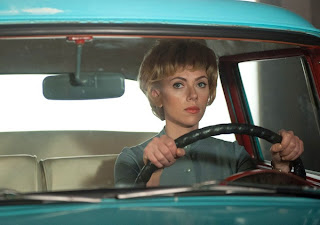 ---"We're going out there, and we're gonna violate some rights."

---A Message for Mankind

---"real punk (as opposed to its commodified byproducts), is innately liberatory, counterhegemonic. Punk is about freeing oneself from cultural malaise and consumerist stultification through an aesthetics of negation and DIY practice. Despite its deep recuperation, some ambient punk spirit still animates rebellion in those who pick up its mantle.

Punk can’t help but be a dead thing, a museum of gestures and affects, made glossy and `historically significant,' shot full of aesthetic meaning and thus deprived of any aesthetic force. `What would it be like to see this flier on a telephone pole in my neighborhood, having no context for it?' the book wants you to ask, yearning, nostalgic for a time before you were born.

The inescapable cliché: punk rock changed my life. My first friend in college was made on the basis of a Screamers T-shirt (the famous image of Tomata Du Plenty’s exploding head which graces the cover of Punk), and I’ve been in punk bands since I was 17. Punk led me, via Greil Marcus’s Lipstick Traces, to the Situationists, who in turn led me to theory and politics. But none of this has to do with some innate nature of punk rock."

---"There are at least two problems with Room 237’s depiction of criticism. First, it is an activity that often comes across as outré, freakish or crackpot. (Witness the range of theories proposed.) Second, and more important, film criticism here is a largely apolitical, hermetic activity that moves inwards, carving out a self-enclosed space, the space of a cognitive puzzle, a puzzle to be solved based on clues well hidden by a genius filmmaker. (Prominent mention is made of Kubrick’s 200 IQ and his prowess at chess.)

Spotting hidden references to the Holocaust or to the genocide of Native Americans is not in itself a critically or politically reflective activity. The Shining (while being a wonderful film, for many reasons) simply does not engage with these weighty historical traumas. It is not “about” them in any meaningful way. And neither does it have to be in order to be a great film. But when Room 237 represents film analysis in a manner that treats it as little more than a clever puzzle-solving exercise, it gives no hint as to the social value and political/aesthetic worth of this public activity. It never intuits what is truly at stake in the activity of paying close, analytical attention to films."  --Girish Shambu 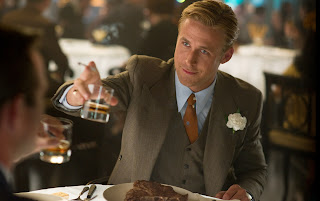 ---Partysaurus Rex and Gypped in Egypt

---A Handy Tip for the Easily Distracted by Miranda July

---"Sometimes  . . . the long take is an exigency demanded by time and money. It can yield artistic advantages, too, by building suspense (as in A Mere Life) or surprise (as in The Charm of Others) or both (as in People’s Park). It can also be a mark of virtuosity, a quality prized in most artistic traditions. A well-done long take can be like a sustained aria in an opera; its confident audacity can make you smile."  --David Bordwell

---Why Obama Now and Elizabeth Warren: All of our Daughters

---a deleted scene from In the Mood for Love