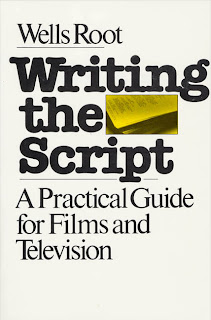 This video production class has gone so well, I'm becoming superstitious. Something has to go wrong sometime, but thus far my main worry have been over finding the right length stereo audio cable at Best Buy. The class has divided up into two 6 person groups, and they cheerfully shot and edited two practice videos yesterday. Our guest alumnae/filmmaking guru, Ryan Gonzalez, showed up a little late to make a class presentation since the students had already wandered off to work on their two shoots, so I ended up interviewing him about how his expertise in filmmaking helps with his skills in computer programming. A sample from the interview:

Me: Any tips that you would give to other students in terms of filmmaking or how it might tie in with your work in computer programming?

Ryan: I think the key point is to not box yourself into one particular creative endeavor. If you want to know how to make a website or a film, learn about how other creative people do their work. Learn how a chef creates mise en place, his process of cooking. Learn about how a woodworker carves his pieces. Learn from any place that you can, any creative industry, and just take the things you can apply to your own field, and not to be afraid of trying something new. Be everything. Just make things.

Me: And that strikes you as the best kind of career choice?

Ryan: I think the future is of people who build everything.

Me: What do you think about monetizing in terms of this range of skills?

Ryan: If you can build something that's actually valuable to people, and that's definitely a hard thing to do, to find things that matter. If you can do that, you're going to be fine financially. I'm doing pretty well, for a college student.

Me: How does that work in terms of doing school work?

Ryan: If you care about something, you'll find a way.

After we spoke, we walked back across the cold but brightly sunlit campus to find one class group working on "Blue Man Rising," which concerns an alien-like creature in a bright blue morph suit learning how to walk on two legs (on earth?) after using all fours.  For whatever reason (a desire for social acceptance?), he steals a dress and a wig from someone, puts them on, and then finds that her female friend can't tell the difference, so they walk off together. With his newly blond hair, he turns back to the camera and gives a thumbs up. The film weirdly incorporates gender-switching/ alienation/theft, but at least it does have a kind of happy ending.

Later, over lunch at a Chinese buffet restaurant, my assistant and I prepared a brief lecture on screenwriting techniques (written on the notes app of my iPhone). When the class met in the early afternoon, we started the discussion by screening one of the better written student films entitled Lacuna. Shot about four years ago by Olivia Keyes (who will join the class next week), Lacuna concerns a woman who blanks out after finding her would-be boyfriend kissing another woman in front of a coffee shop one evening. She spends the next school day learning that he's missing, and that faculty and parents are concerned about him, but he (in ghostly form) ends up guiding to her to the crime site where she had murdered him with a hammer the night before. "Lacuna" refers to the gap in her memory that the film gradually fills in. I then gave the class these screenwriting tips:

1) Every scene needs to have a revelation or twist. There needs to be a reason or multiple reasons behind each scene.

2) People like seeds that grow into plants, small details in early scenes that become important later on.

3) Character is more important than plot. You only tend to care about a plot after you start caring about a character. My assistant spoke of Sucker Punch (2011) as an example that fails to give the viewer any reason to care about any of the characters.

4) Lead characters have a goal, and the screenwriter finds ways to block them.

5) Students should prepare relationship charts that explain how the different characters feel about each other.

6) Montages can be a crutch to mask a lack of proper character development (usually established through dialogue).  The occasional montage can be fine (I brought up the makeover montage in Clueless (1995)).  Still, music should mostly be used to enhance scenes. (I've had filmmaking groups who only wanted to shoot musical montages.)

7) Strive to create a character arc.

8) You want the viewer to care, to participate in an emotional ride.

9) Many movies include a romantic subplot, just as Lacuna does.

10) I finished with the caution that any of these tips can (and should) be broken in an original, challenging film.  They are meant to be general guidelines.

This coming Monday, students will shoot their action videos (a "bottle battle," and a fistfight over a poker game) before pitching three longer story ideas in 25 words or less to the rest of the class.
Labels: screenwriting video production notes

Richard Bellamy said…
FilmDr - The list you made contains some great tips that I will share with my film clubbers. I wish they would care enough about story to consider character development, but they are more interested in action and special effects (inserting cheesy explosions). I also wish they would write something!
January 5, 2013 at 4:53 PM

The Film Doctor said…
Thanks, Hokahey. My class ultimately went so well, I decided to not keep up with the updates this year (in part because they tended to work very long days). As I did last year, I feel very lucky to have such dedicated hard-working students. Some things we learned:

1) Scenes with dialogue are the hardest to pull off successfully.

2) Sound problems still persist. (I may invest in an audio recorder next year.)

3) Writing and acting remain the two most challenging aspects of the class.

4) iMovie works great, but I will likely invest in a slightly better Apple-related editing software next year.