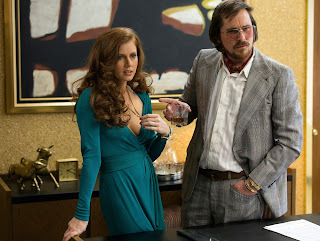 ---"Just take a look at last year’s theatrical slate: Almost all of the most interesting American pictures were from directors who emancipated themselves from Hollywood, either by choice or out of necessity" --Scott MacDonald

---the intro to Snowpiercer

---"This is a petrifying moment in our lives. We have never known a world without internet, mobile phones, instant messaging. In other words, we have access to everything at all times and yet all paths seem blocked. We have more tools, more choices, and yet we live as if constantly paralysed.  . . .There is almost an injunction on today's youth to lead fascinating lives. But if we fail, and most of us are doomed to, we'll be considered losers," continues Bergès-Frisbey.

---the white culture of violence

---"the essay film may serve as a springboard to launch into a vital investigation of knowledge, art and culture in the 21st century, including the question of what role cinema itself might play in this critical project: articulating discontent with its own place in the world." --Kevin B. Lee

---Do I Look Suspicious?

---"The zombie also functions as a powerful allegory for maturation to adulthood in modern America, symptomatic of the recession. Prospective workers have witnessed a drop in available jobs, worsening conditions in existing ones, and a rise in office and temp culture, where purpose and fulfillment often seem like an afterthought. In their place, notions of money and competition are incentivized above all, leading to general disconnectedness that induces a zombie-like state of routine drudgery, where the agency to seek out meaningful work feels stripped away rather than abdicated." --Jesse Damiani

---"It Don't Gitmo Better Than This" by Molly Crabapple

---the first few minutes of Passion and The Canyons

---behind the Mad Men title sequence

---"The purpose of a movie in the New Abnormal is to establish a sequel and then a franchise. To get there, studios are looking for pre-awareness — which means starting with a superhero or comic hero or an established IP. That’s an intellectual property like Harry Potter or The Hunger Games, what we used to call a book. Something people have already heard of and will be excited about just because the movie exists. Movies based on an original idea, starting from scratch, are incredibly hard to market. You have to open them in America first and buy a lot of television time. Internationally, it’s completely impossible. An original idea — a drama, or a romantic comedy — can’t be sequelized. It’s a one-off. Now, a great script that’s execution-dependent can still get made by what I call the 'Mount Olympians,' by the five or so directors on the A list. Or they can get made as 'tadpoles.' But they are not commissioned any more. And that’s one of the saddest differences between the Old Abnormal and the New."  --Lynda Obst

---Keith Phipps considers 2001 and Planet of the Apes

---"I mean, what can I do? I have to be somewhere on Earth, correct?" --Ahmir Questlove Thompson 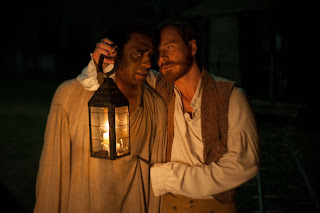 ---"I don't think you catch people's attention with normalcy. Seeing the same world through the eyes of a healthy married woman with three kids might be interesting, but it doesn't catch people's attention. I think the mechanism of shock triggers a more acute sensitivity. You have to put people in a certain frame of mind. I think a filmmaker has to be shrewd. Not in a bad way, not like, 'I'm a shrewd businessman. I can get away with anything.' But in terms of sensitivity, being shrewd means putting people in the right frame of mind. Then you can tell them, 'Come with me on a journey…'"  --Agnes Varda
Labels: Notable film and media links