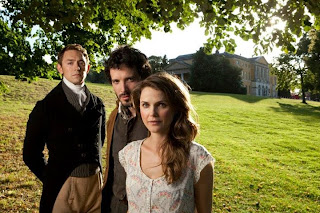 ---"we should mandate that 50% of films produced are made by women. That would be possible with public money. Instantly the culture would change. It can be done."  --Jane Campion

---ways to create a zombie swarm

---"A court that is supreme, in the sense of having the final say, but where arguments are only ever submitted on behalf of the government, and whose judges are not subject to the approval of a democratic body, sounds a lot like the sort of thing authoritarian governments set up when they make a half-hearted attempt to create the appearance of the rule of law."

---"The next thing Calvo remembers is the sound of his mother-in-law screaming. He ran to the window and saw heavily armed men clad in black rushing his front door. Next came the explosion. He’d later learn that this was when the police blew open his front door. Then there was gunfire. Then boots stomping the floor. Then more gunfire. Calvo, still in his boxers, screamed, 'I’m upstairs, please don’t shoot!' He was instructed to walk downstairs with his hands in the air, the muzzles of two guns pointed directly at him. He still didn’t know it was the police. He described what happened next at a Cato Institute forum six weeks later. 'At the bottom of the stairs, they bound my hands, pulled me across the living room, and forced me to kneel on the floor in front of my broken door. I thought it was a home invasion. I was fearful that I was about to be executed.'"  --Radley Balko

---"the administration doubled-down on what look suspiciously like extrajudicial executions, faute de mieux, after shuttering Bush’s black sites and deciding not to send anyone else to Guantánamo"  --Stephen Holmes

---"I'm OK with the term muse as long as you acknowledge the muse wrote the script, too." --Greta Gerwig

---"Earth a 150 years in the future has become a third world planet. There's a scarcity of resources." --Matt Damon

---"Brian De Palma brought hip, freewheeling funkiness to the American film renaissance of the late 1960s and early 1970s. Wised-up, cinema-savvy audiences across the country knew to seek out his movies for their scruffy wit and showmanship and aesthetic innovation, not just for their counterculture attitude. With Greetings (1968) and (especially) Hi, Mom! (1970), he developed his own celluloid version of street theater and improvisational comedy. And when he made his leap into Hitchcock-inspired thrillers, with Sisters (1973), he didn’t just revamp techniques he’d learned from the Master of Suspense—he renovated them with new devices like split screen, and imbued them with his own sensual yet satiric sensibility. His temperament and style were so complex and unique that he needed journalistic support to help him break out of a college-town niche to wider audiences. He found it in the most influential critical voice of the day, Pauline Kael, who was, in her unique way, articulating a view of movies as a glorious hybrid art. --Michael Sragow 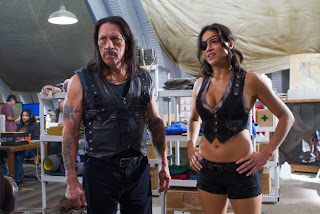 ---behind the scenes of Boogie Nights

---"Comply or we'll implant our own eavesdropping devices on your network."  --Declan McCullagh

---trailers for Out of the Furnace, Fruitvale Station, Oldboy, Austenland, Machete Kills, and The Way, Way Back