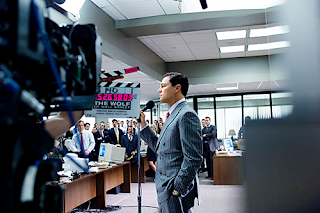 ---a scene from Fassbinder's Love Is Colder Than Death

---Seconds is no mere problem picture or message movie, though. It’s less a polemic than a punch to the sociopolitical solar plexus. It’s also a powerfully constructed work of art, darting with icy precision among a wealth of narrative, thematic, and cinematic ideas. Its unifying image is the human face, first seen behind the titles in huge, distorted close-ups that echo the swirling eye that opens Hitchcock’s Vertigo (1958), also a product of Saul Bass’s genius. Filmed by Bass himself, these shots provide a brooding foundation for James Wong Howe’s cinematography in the rest of the film, which is astonishing throughout, charged with the dark-toned intensity that made him a legendary camera artist. Disorienting close-ups reappear in the first scene, where a man from the Company stalks Arthur through Grand Central Terminal, slipping him a secret address just before his train pulls out of the station. A few scenes (and surgeries) later, Arthur emerges from his bandages with his fine-looking Tony features, still lacerated, stitched, and scarred from the ordeal they have undergone. The imagery comes full circle when the story culminates in one of the most excruciatingly intense close-up sequences ever filmed, recording the unhappy destiny of a man who has allowed himself to be literally defaced." --David Sterritt

---"the hard truth of the apocalyptic lottery: We're virtually guaranteed to witness the end of nothing except our lives, and the present, far from fulfilling anything, is mainly distinguished by being the one piece of time with us in it."

---making In The Mood For Love

---"the list is the signature form of our time"

---"See my co-workers standing around looking somber and respectful? They’re not there to just have a presence of authority, they are studying you. They are watching the family dynamic and will report back to me with any potential angles I can play to manipulate your emotions, which family members are taking it the hardest and will therefore be the easiest prey, and their estimation of your financial well-being. If, by the way, you appear to be less affluent, I’ll tell you to take your business elsewhere. This is not a hospital and I don’t provide a service – this is a business. If you aren’t paying me (in full and up front, generally), all you’re getting is my sympathy."

---actors in Woody Allen films before they were famous

---“Rosalyn is 100 percent a product of David’s imagination,” she says. “She’s a manic-depressive alcoholic, and I couldn’t wait. Plus, I got to make out with Christian Bale.” --Jennifer Lawrence

---making The Wolf of Wall Street 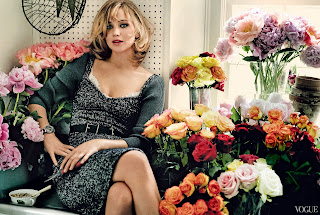 ---storyboarding with the Coen brothers

---"Why film an action — say, the lighting of a cigarette — in one shot when you can do it in six? So you get match swipe, match flare, another angle (with a double exposure) on the flare, tip of cigarette burning, cigarette going between lips, character inhaling in close-up … And the film stock changes in each shot, one green, one black-and-white, one overexposed … And the sound of that flare is like a bomb going off … and the cigarette isn't even a big deal."
Labels: narcocultura Notable film and media links