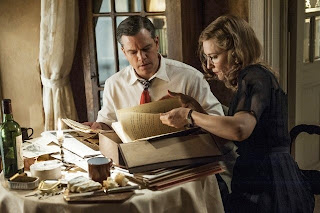 ---"Now the Joshes — 'we take turns being good Josh and evil Josh,' Mr. Davis said — say they believe it is time to try another way, especially with some publishers like Condé Nast offering contracts to writers that require sharing the money from film options. On Monday, Mr. Bearman and Mr. Davis are introducing Epic, a kind of online literary platform that will commission and publish big, nonfiction narratives that might also make good movies. They are trying to build a model for long-form journalism where the revenue generated over the entire life of a story — magazine fees, sales on Audible.com and Amazon Kindle Singles, ancillary film and television rights — can be used to finance the costs of reporting."  --David Carr

---behind the scenes of The Day the Clown Cried, Elysium, Saturday Night Fever, and Brazil

---the last shot in blockbuster trailers

---"What will distinguish the essay film, as Bazin noted, is not only its ability to make the image but also its ability to interrogate it, to dispel the illusion of its sovereignty and see it as part of a matrix of meaning that extends beyond the screen. No less than were the montagists, the film-essayists seek the motive forces of modern society not by crystallising eternal verities in powerful images but by investigating that ever-shifting, kaleidoscopic relationship between our regime of images and the realities it both reveals and occludes." --Andrew Tracy

---the spaces of The Cabinet of Dr. Caligari

---"Freedom in the Cloud" by Zizek

---the Yardbirds in Blow-Up

---"federal agents are trained to 'recreate' the investigative trail to effectively cover up where the information originated, a practice that some experts say violates a defendant's Constitutional right to a fair trial. If defendants don't know how an investigation began, they cannot know to ask to review potential sources of exculpatory evidence - information that could reveal entrapment, mistakes or biased witnesses.

'I have never heard of anything like this at all,' said Nancy Gertner, a Harvard Law School professor who served as a federal judge from 1994 to 2011. . . .The training document reviewed by Reuters refers to this process as 'parallel construction.'"

---The Art of Portrait Photography 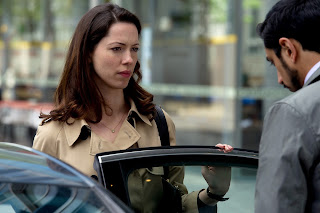 ---"Like The Cause, film hypnotically transports us through time, into other lives. Like many religions, it unites people in shared experiences, and asks for belief in miracles. But for Anderson, seeking forgiveness from heaven, or the restoration of our souls to a state of grace, is less meaningful than humbly admitting and accepting our own fallen natures. His cinema is a great communion. Call it a religious experience."  --Jack Welch
Labels: film essay Harrison Ford Notable film and media links parallel construction Paul Thomas Anderson