A glimpse behind the void: 10 notes on 22 Jump Street 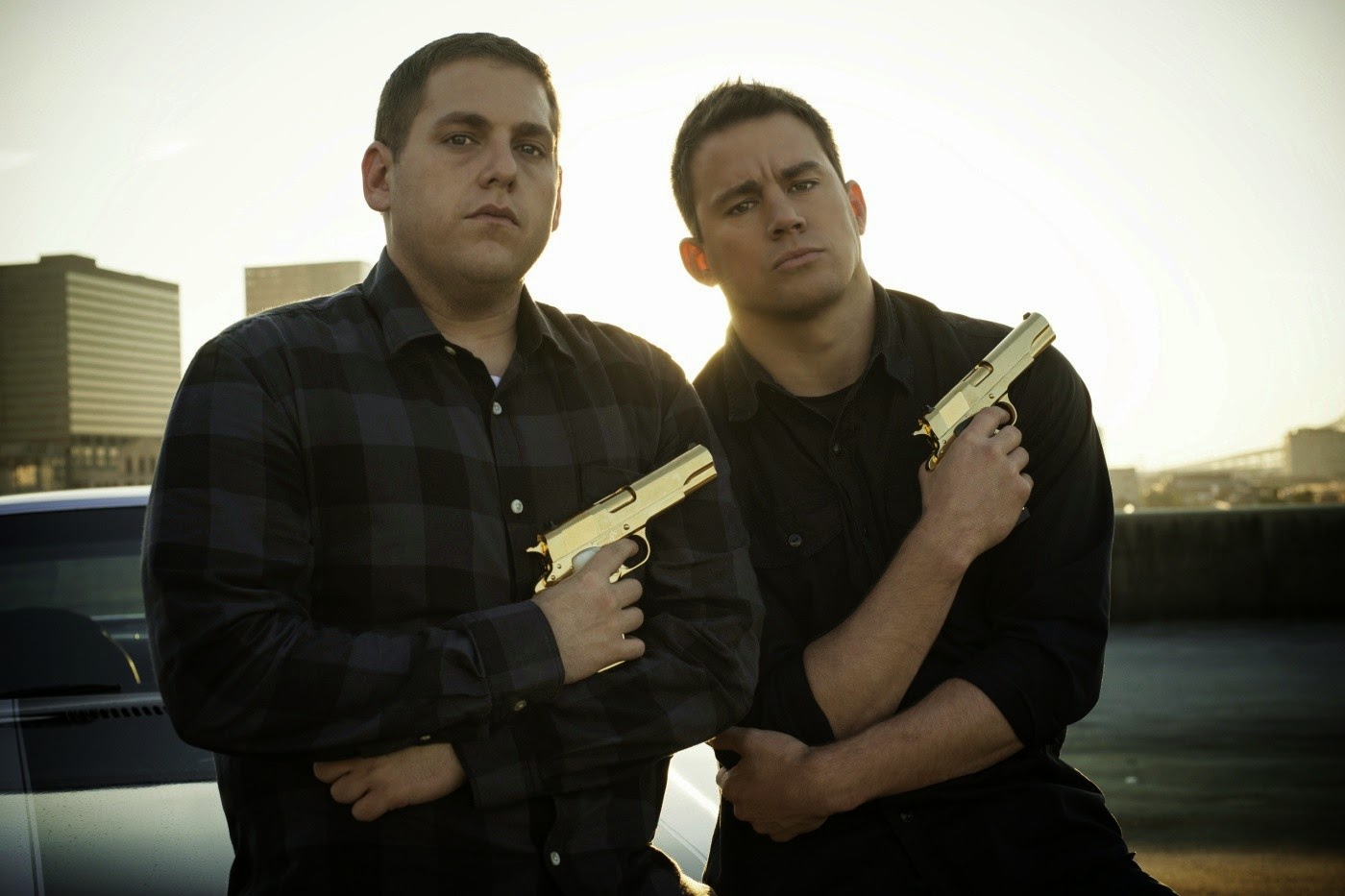 1) 22 Jump Street struck me as an inflated bit of nothing, a dubious structure consisting solely of air, a self-aware piece of belly button lint, a feature-length winking speck of dust, a Big Gulp's worth of diet cherry cola and a bagful of Fritos that emphasizes the empty calories of one's wasted time, a spectacle oddly appropriate for the Dumb and Dumber To trailer that precedes it. 22 Jump Street could also be described as:

2) a forum for Ice Cube to look cartoonishly mock-angry over and over.

3) a place where, by acknowledging the exact sentiments of the studio's desire to cash in on a sequel, we the viewers can feel in-the-know, in-on-the-joke, and clever. As Deputy Chief Hardy (Nick Offerman) says to our bumbling heroes, "Ladies, nobody gave a s^$% about a Jump Street reboot but you got lucky. So now this department [a.k.a. the studio] has invested a lot of money to make sure that Jump Street keeps going." I still wonder: is it better if a greed-oriented vacancy is honest about its avarice?

4) a kind of swamp gas enveloping my blank summer afternoon with many moments in which Jonah Hill (as Schmidt) looks put-upon because Channing Tatem (as Jenko) is not giving him sufficient attention.

5) a void, a sucking wind over nothingness which carries the threat of dwelling upon absence into infinity, a movie that gives one vertigo given its 112 minute rush of inconsequentiality.

6) various opportunities for Schmidt and Jenko to dangle. They dangle off of a speeding truck, or off of a helicopter flying over millions of partying spring breakers on the beach.

7) a system of allusions to the squalor, conformity, and willful despair of college life.

8) a place where Wyatt Russell (the son of Kurt Russell and Goldie Hawn, who plays a frat brat named Zook) to meet cute with Jenko when Jenko drops a Q-tip on his meat sub during a football huddle. Get it?  Meat Q-t?

9) A way for directors Phil Lord and Christopher Miller to further prove their ability to mock Hollywood formulae as they cash in on it in the same vein as their work in The Lego Movie. Whereas The Lego Movie suggested an odd depth in its exploration of how brainwashed we've all become by popular culture tropes neatly remixed, 22 Jump Street keeps returning to chase scenes with the same dreary bad guy (Peter Stormare) and his armed henchmen within a Spring Breakers retread.

10) I understand that I'm not adequately acknowledging Hill and Tatum's chemistry, Tatum's comedic gifts, and how the film is perceived as cool because it so cheerfully acknowledges how sold out it is, but I've been really enjoying True Detective on Blu-ray, and somehow that show's grim integrity calls attention to Jump Street's howling blast of nothingness. As Detective Rust Cohle says, "You see we all got what I call a life trap, a gene deep certainty that things will be different." I don't see how a movie should be given credit for owning up to being exactly the same.
Labels: 22 Jump Street