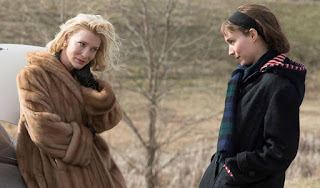 ---"This summer, walking near my old apartment in a rapidly gentrifying neighborhood just outside Boston, I spotted a wholesome-looking college dude in expensive glasses, spotless sneakers without socks, and a Ramones T-shirt tucked into a pair of pressed, front-pleated khaki slacks. Although the Ramones’ presidential eagle had long joined the Rolling Stones tongue and the Pink Floyd prism in the pantheon of meaningless, ubiquitous screen-print designs, something about seeing this particular prepped-up lickspittle in a Ramones T-shirt gave me pause." --Eugenia Williamson

---"To me, Anomalisa is political. In a very small sense. It’s about being able to see other people, and I think so much of what is wrong right now in the world is that people don’t see each other. We literally do not see each other as human beings — as people with fear and desires and longings. And therefore, you’re able to treat other people as objects that you can use to get what you want. It’s a hard thing to do, to see people on a personal scale. It’s a very hard thing." --Charlie Kaufman

---trailers for Chimes At Midnight, Desierto, Whiskey Tango Foxtrot, High-Rise, Everybody Wants Some, and Le Mepris

---My Life in Monsters

---"The smartphone in particular has facilitated extemporaneous caviling. Irritations that the passage of time may have soothed can, in the moment, be immediately expressed to an audience. Often these complaints take the form of a narrative developing in real time: the talkative taxi driver, the hostile airline ticket clerk, the interminable security line, the malodorous seatmate and crying baby. Such threads frequently pick up steam as the audience validates or shares the narrator’s posts; the nuisances others must contend with can make for excellent vicarious entertainment, and accreting Likes tend to fuel the microcomplainer." --Teddy Wayne

---"Still, right away I could tell what was firing up so many viewers, particularly online: in the world of Marvel Comics, a female antihero—a female anything—is a step forward. But a rape survivor, struggling with P.T.S.D., is a genuine leap." --Emily Nussbaum

---the screenplay for Mistress America