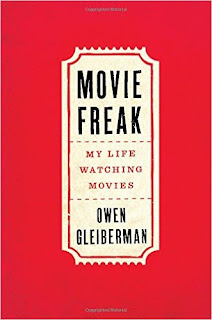 As I was in the midst of enjoying A. O. Scott's magisterial Better Living Through Criticism, a publicist emailed me with a request to send me a review copy of Owen Gleiberman's Movie Freak: My Life Watching Movies (to be published February 23). Not knowing anything about Gleiberman (even though I read Entertainment Weekly for years), and assuming that a film critic's life would be dull, I ignored the email, but then the publicist wrote back again, and after learning of Gleiberman's friendship with Pauline Kael, I said yes.

Now, one week later, having just finished the book, I was surprised to find it bracing, edgy, informative, sometimes unsettlingly honest (in an R-rated way), and oddly complementary to Scott's history of criticism. Since both Gleiberman and Scott are close to my age, I enjoyed reading of their youthful punk periods (for instance, Sid and Nancy (1986) had an outsized impact on Owen as Scott hints at how "punk rock . . . saved [him] from feeling late for everything"), but Gleiberman goes on to write about his cocaine-addled relationship with a woman who likes to be spanked, not the kind of thing A. O. Scott is inclined to do. While not necessarily politically correct, Gleiberman's forays into memoir territory still can be quite humorously snide. For instance, when he describes how he fell in love with his future wife and she reciprocated, he writes "And I thought: How wonderful life is, when you're in the world" (275).

Both books made me continually reconsider my longstanding relationship with the whole idea of film criticism, and Movie Freak, filled with slicing quotes from reviews, celebrity encounters, humorous mentions of other critics (Peter Travers as "the shameless blurb whore!" (264)), the rise and fall of a national magazine ostensibly designed to deliver entertainment news, and editorial clashes with the suits of Time, Inc.--all of it is bracingly entertaining throughout. Since being laid off from his 25 year stint of reviewing for Entertainment Weekly, Gleiberman reflects on the existential crisis facing the critic today, but he also examines the good reasons for movie reviewing. When, for instance, Gleiberman takes issue with David Carr's 2008 New York Times article "Now on the Endangered Species List: Movie Critics in Print," he doesn't so much disagree with Carr as hope to "go beyond" the journalist's claims. Gleiberman wishes that Carr would say that "film criticism matters for its own sweet sake" (303), even amidst all of the problems with the Internet "squash [ing] art with overkill" (321), the mechanical way in which the postmodern morass of critics blogging and tweeting and aggregating often reduces film criticism to the "ground hamburger" of herd opinions. As Gleiberman points out, eventually at EW, "the machine wanted a review that reflected what the machine had agreed to think" (320). 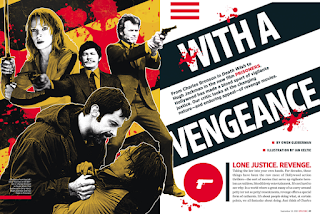 By sharing so much of the narrative of his life, and by witnessing how so many critics give in to not only commercial pressures but also more subtle forms of groupthink, such as the Paulettes mimicking Pauline Kael's opinions to earn schmoozing time with her, Gleiberman insists upon the essential autonomy and independence of the film critic. He proclaims that he finds his allegiance to his opinion distinctively American in its "total exaltation of the individual," and that anyone who does otherwise is "misplacing" his or her "soul" (286). As A. O. Scott uses one chapter of his book to consider the effects of the sea-change that digital media has had on newspaper reviewing, Gleiberman (perhaps because he was fired at Entertainment Weekly) really digs into the subject, both admitting how much he enjoys blogging (he even calls Pauline Kael "the first blogger" in her ability to "riff" with "spontaneity" in her reviews (307)), but he also analyzes the "degradation of criticism" due to market forces, the fear of getting axed, and the way that modern-day technology "encourages people to rotate their entire focus outside of themselves, and to devalue what's inside" (285). I can sense the same mass pressure on my blogging. For instance, when I saw the Coen brothers' Hail, Caesar! last week in an empty theater, I found it to be underwhelming, a movie that, somewhat like The Grand Budapest Hotel, showcases so many star turns that I found myself indifferent to the larger story even given the film's many charming moments. Yet, since the thousands of media outlets blogs, aggregators etc. had already chewed up the movie, I found the critical overkill useful to justify my laziness. The sheer quantity of opinion-mongering makes me want to not bother to include (in my blogging way) my response. 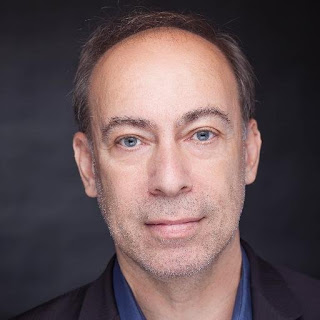 Gleiberman is best when he focuses on the positives of movie reviewing, how he began to feel that Pauline Kael somehow resembled his mother only with an "angelic . . . earnest, sentence-by-sentence directness" (53), and how a movie like Natural Born Killers could fill him with "fear, fascination, excitement, and dread" (197). Gleiberman enjoys focusing on those moments when a single movie changed his consciousness, lighting up his central nervous system with insights into the human condition amidst the media's heightened reflections of it. When considering movies, Gleiberman consistently asks "Did what was happening on screen have an essential human quality that you could connect to" (221)? I was surprised again and again how much I connected with Movie Freak. It demonstrates why we should continue to fight for the relevance and the glory of well-written, impassioned movie criticism. As Gleiberman writes, "What criticism offers, when it's great, is an alchemy of enlightenment and delight--a heady space where each of those things can become the other. Film criticism, when it's great, has a light inside it, one that emerges from the nature of the movies themselves. It lights up your mind and lights up your senses; it merges them until truth becomes beauty and beauty becomes truth" (303). Movie Freak kept reminding me of the waste of ever accepting anything less.
Labels: A. O. Scott Movie Freak Owen Gleiberman