The A. O. Scott Files 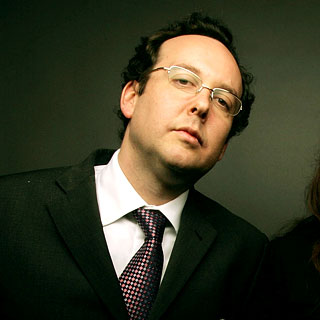 In the midst of not quite reviewing A. O. Scott's (often very good) Better Living Through Criticism, I noticed that I have amassed a batch of related links in the midst of wondering which reviews Scott will select for his upcoming 2017 Penguin book of film writing:

---"What kind of grown man sits through Kung Fu Panda scowling at the screen and taking notes?" --from A. O. Scott's book

---A. O. Scott Zingers on Tumbler: “As for Mr. Sandler, I have always been interested in what he would do next, and I suppose I still am, especially if what he does next is retire.”

---“#Avengers fans, NY Times critic AO Scott needs a new job! Let’s help him find one! One he can ACTUALLY do!” --@SamuelLJackson

---Star Wars: A New Hope + Annie Hall--"'When I think about what I do as a critic of movies, I kind of still zigzag back and forth between those,' Scott said. 'Between wanting that uncomplicated pleasure and also wanting something demanding, wanting the pleasure of working something out.'

These two movies came out the same year, and both changed his life. Woody Allen's earlier movies—like Sleeper and Love and Death had been in the spirit of Mad magazine; Annie Hall introduced an adult perspective on love and death and disappointment. But, like Mad, its cultural references also flew over his head. Star Wars included a universe of references as well, but that universe was pure fantasy. 'It instantly took over our imaginations because it seemed so organically attached to them,' Scott said.

To this day, the two movies represent the opposing desires that together drive Scott's approach to reviewing movies. One is aspirational: to attain the intellectual background and do the heavy lifting needed to appreciate a movie. The other is escapist: to allow a world of innocent fantasy and fun to pull him in." --from Jacob Shamsian's "How to Watch Movies Like New York Times Movie Critic A. O. Scott"

---"Yes, fine, I am a snob. I revere the formal achievement of the first and most recent 'Mad Max' movies. I sneer at most biopics and costume dramas. I like my pleasures slow and difficult. I would rather watch a mediocre film from South America or Eastern Europe about the sufferings of poor people than a mediocre Hollywood comedy about the inconveniences of the affluent. I look up in admiration at models of artistic perfection, sound judgment and noble achievement, and I look down on what I take to be the stupid, cheap and cynical aspects of public discourse. I sit at my cobbler’s bench and hammer away. If the words nerd and geek can be rehabilitated — if legions of misunderstood enthusiasts can march from the margins of respectability to the heart of the mainstream — then why not snob as well?" --from "Film Snob? Is That So Wrong?"

---celebrating Singin' in the Rain, Pulp Fiction, and Detour

---"The wonder of modern American higher education is that it has managed to have it both ways, to emancipate and to regiment, to slot armies of dreamers, mavericks, and iconoclasts into their assigned roles in a highly technocratic society, to turn the most uncompromising and incandescent works of imagination — the poetry of Trilling’s erstwhile student Allen Ginsberg, say — into fodder for classroom discussion and assigned writing. If nobody quite regards this as a triumph — if the university remains an object of scorn and suspicion as well as celebration, including from its own denizens — that may be a further sign of how well the whole thing works. Like the literary marketplace that is its pretend rival, the academy makes room for oddballs and outliers, for thinkers and writers who cut against the grain. It does this by giving them jobs that are actually impossible to do." --from "When Critics Become Professors"

---"So let us learn to stretch again. The impossibility of perfect certainty does not condemn us to a vapidly uncertain life, to a life of small thoughts about small things, as if all we can be are metaphysicians or shoppers. It all depends on the scale that we elect for our questions, on how high we aim. What we do not need now is another cheerful exhortation to aim low. Scott disdains, for the partiality of their perspectives, the pessimism about movies that was expressed by some of his precursors. Yet there is more wisdom about the art of cinema to be found in the complaints of Agee and Farber and Kael and Denby and Thomson than in Scott’s garrulous and complacent musings, precisely because they state an allegiance. They are animated by large principle and an unembarrassed grand view of the art. They are criticism. Scott believes in criticism, and he believes in art, pleasure, beauty, and truth, but most of all he believes in brunch." --from Leon Wieseltier's "A. O. Scott, Critic Without a Cause"

---Scott's Twitter reaction to Wieseltier's review: "that review filled me with joy. His approval would have been devastating."

---"I think it’s very, very important in a time where everything is commercialized, commodified, and branded, where advertising is constantly bleeding into other forms of discourse, for there to be an independent voice kind of speaking to—and to some extent on behalf of—the public." --A. O. Scott

---"So, who does A.O. Scott think he is? I can't answer for him, but I'd venture that he thinks he's a writer with something to say, who cares about his subject (movies) and knows quite a bit about them. There's no career track for movie critics. The best critics do it because they love it, and they bring everything else they've ever done to the task. As I've long said, writing about movies allows you to write about everything that movies are about. That is, everything." --from Jim Emerson's "A. O. Scott on Criticism: 'This Is Not a Progressive Kindergarten'"

---"But whether Scott takes the internet seriously as a platform for criticism in its highest form is rather unclear. The 'wild garden of unfettered expression' that is the web, he writes, is 'a frequently cacophonous symphony of mockery, snark, rage, and mischief not infrequently leavened by clarity, conviction, and intellectual stamina.' That this garden has yielded already a richer diversity of critical voices—voices long marginalized by the very institutions Scott represents—goes pointedly unmentioned. Any debate about old media and new Scott summarily dismisses as 'a quarrel of ancients and moderns destined to end in stalemate.' He sees well enough that the print critic 'appears at present to be facing the prospect of extinction.' His incuriosity about the lives of the critics replacing them greatly curbs the scope of the book." --Calum Marsh's concerns about the "parochialism" of Better Living Through Criticism

---"It seems that, in doing away with patriarchal authority, we have also, perhaps unwittingly, killed off all the grown-ups." --from Scott's "The Death of Adulthood in American Culture"

---"we are, individually and collectively, trapped in endless cycles of compulsion, self-delusion, and denial. What we need is ultimately less important than how we need it. Our daily lives are organized around a repertoire of stratagems designed to feed our habits in the name of breaking them" --from "The Panic of Influence," Scott's consideration of the works of David Foster Wallace 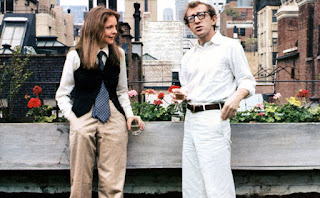 ---"It’s the mission of art to free our minds, and the task of criticism to figure out what to do with that freedom. That everyone is a critic means that we are each capable of thinking against our own prejudices, of balancing skepticism with open-mindedness, of sharpening our dulled and glutted senses and battling the intellectual inertia that surrounds us. We need to put our remarkable minds to use and to pay our own experience the honor of taking it seriously.

The real culture war (the one that never ends) is between the human intellect and its equally human enemies: sloth, cliché, pretension, cant. Between creativity and conformity, between the comforts of the familiar and the shock of the new. To be a critic is to be a soldier in this fight, a defender of the life of art and a champion of the art of living." --from "Everybody's a Critic. And That's How It Should Be"
Labels: A. O. Scott Better Living Through Film Criticism film criticism