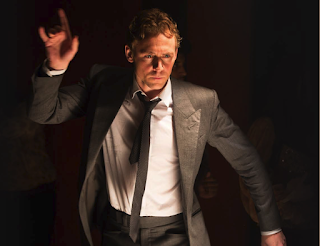 ---Eternal Sunsets of the Kaufman Mind

---"But the main reason I think this is a video everyone should watch is that the view provided by the surveillance camera is strikingly different from — and clearer than — the view provided by the body camera. The surveillance camera is higher up and, unlike the bodycam, captures the wide-angle of the scene. This is an important reminder of the limitations of cameras worn on the body of officers who are in the thick of the action." --Jay Stanley

---"Farber instead employed a topographical prose—fragmentation, parody, allusions, multiple focus, and clashing dictions—to engage the formal spaces of the new films and art he admired. Puns, jokes, lists, snaky metaphors, and webs of allusions supplant arguments. Farber will wrench nouns into verbs (Hawks, he said, 'landscapes action'), and sustains strings of divergent, perhaps irreconcilable adjectives such that praise can look inseparable from censure. Touch of Evil, he proposed, is 'basically the best movie of Welles’s cruddy middle peak period.' For me, he arrives at a sort of startling poetry—his word and syntactical choices reminiscent perhaps of Robert Lowell, say, or Manny’s good friend Weldon Kees." --Robert Polito

---"I have had a long journey through my 2015 because I had come from almost nothing, and then got this role, and this movie, and my life just did a total 360. I'm so out of breath. I feel fat." --Mya Taylor

---Ten Things Character Entrances Can Teach You About Narrative

---"I love things from that time period and it was great to look at your list and think, ‘OK, today I have to do a book, a record and a comic’. It’s a nice thing to look into if you’re into design like that. Looking through all these old things and finding the weirdest thing and seeing if you can take some inspiration from it. If you’re into fonts, in this film – everything has its own code. It makes it seem more real. It looks as if, in this fictional world, people have had a meeting about what font to use in their building." --Michael Eaton

---The Coen Brothers--Under the Influence

---"If every Facebook user who dies is memorialized, at what point will those digital tombstones outnumber profiles belonging to people who are still alive?" --Kristen V. Brown

---"Reacting to Reactions" by Rob Horning

---"An e-mail arrives with the subject 'Journalist, with inquiry about homelessness.' The sender thanks me for my 1985 book on the traveling homeless—because he’s now one of them after losing a journalism job. 'I’m riding my mt. bike west, temporarily camped out in Kingman [Arizona], and I have lived under many a bush and in a few hostels along the way. I am a homeless transient without any money. Three college degrees to boot…. So here I sit, at the public library computer, typing out my stories and thinking about what to do.' We keep in touch for a while. Recent attempts to contact him end in failure." --Dale Maharidge

---trailers for Ghostbusters, Couple in a Hole, The Adderall Diaries, A Hologram for the King, and Captain America: Civil War

---"what might appear in Willis to be a possibly more sensitive, overly ironic, and even potentially progressive action-hero disguises the problematic ideological work his persona must exercise in order to thrive. Indeed, at the heart of Willis is a right-wing reactionary politics that has now bubbled up to the surface and swelled with age. But it wasn’t always so obvious." --Anthony Kaufman

---A Decade Under the Influence 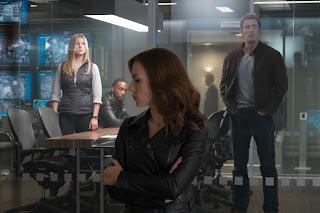 ---"Sofia Coppola is a great filmmaker, in every way the equal of anyone of her generation – she’s only in her early forties; young for a director — and with a very particular style: beautiful compositions that are edited dynamically but elliptically, long sequence shots in which character complexity is allowed to be slowly revealed, the use of different textures of image (video footage, computer screens, phones) to allow for different points of view on the narration; all of this mixed in with montage-sequences set to music that are almost like video clips but here with the juxtaposition of images and sound used to communicate an idea or a state of mind rather than to sell you the song; and all her films demonstrate a brilliant use of an eclectic range of music (here the electronic techno sound familiar to e-culture clubbing but with an American hip-hopping rap overlay)." --Jose Arroyo