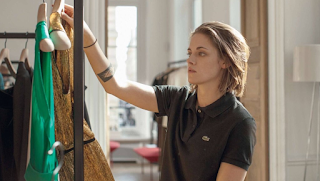 ---"At times I feel as though I’m in a bad science fiction movie where everyone takes orders from tiny boxes that link them to alien overlords." --Rebecca Solnit

---"Western Culture is built around ideals of individual choice and freedom. Millions of us fiercely defend our right to make 'free' choices, while we ignore how we’re manipulated upstream by limited menus we didn’t choose.

This is exactly what magicians do. They give people the illusion of free choice while architecting the menu so that they win, no matter what you choose." --Tristan Harris

---"as a private company, Facebook has no particular obligation to reveal the inner workings of its products. But Facebook isn’t shy about its ambitions (or successes): It hasn’t just upended journalism and advertising; it plans on upending the retail, telecommunications, and entertainment sectors, too, inserting itself not as a competitor but as an entirely new layer in businesses around the world. It’s building drones that provide internet access through lasers. Its black-box sorting now governs a whole variety of experiences, or even entire industries. 'It just works,' a selling point on your desktop, is less compelling at global scale. How does it work? How does the system serve up information? More important: What are we not seeing?" --Brian Feldman

---"Peekaboo! The Movies of 2016 at Halftime" by Dennis Cozzalio

---“In today’s world we are surrounded by gadgets. Our phones, televisions, fridges, everything around us is sending real-time information about us. Already we have full data on people’s movements, their interests and so on. A person should understand that in the modern world he is under the spotlight of technology. You just have to live with that.”

1) They're pervasive, starting to appear in all aspects of our lives.

2) They're persistent, capable of keeping records of what we've said indefinitely.

3) They process the data they collect, seeking to understand what people are saying and acting on what they're able to understand." --Ethan Zuckerman

---"The Future is Almost Now" by Elizabeth Alsop

---The Art of Film Editing

---"Stillman’s movies are always half-glamour, half-thrift. He speaks on behalf of a lifestyle many will recognize as their own: One of cocktails and suit jackets, but also one of student loans and difficulties paying the bills. Hollywood seems to imagine every person in America as either a multi-millionaire or a beggar on the dole, as though anyone who reads the New Yorker owns a yacht. Stillman understands that many of us are somewhere in between. His heroes are the sort that have college educations but don’t have cab fare. Do they lead a life of luxury? No. But Stillman’s films know what it’s like to live paycheck-to-paycheck but still feel a little debonair." --Calum Marsh 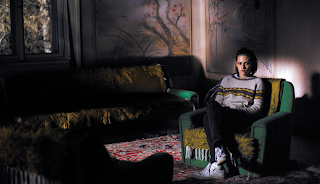 ---“Everything’s designed to be bland, homogenised, user-friendly. As someone says in the book (and I’ve used it before, I know, but it’s a slogan I’m going to keep pushing) the totalitarian regimes of the future will be ingratiating, subservient. No longer will it be Orwell’s vision of a boot stamping on a human face. We’ll have something highly subservient and ingratiating, where the tyranny is imposed for our own good. We see it all the time.” --J.G. Ballard
Labels: hyper-reality Kristen Stewart Notable film and media links