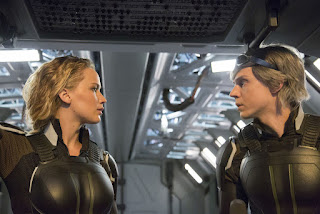 ---"What Is a Video Essay?" by Paula Bernstein

---Citizen Kane: A Tribute from the Movies

In terms of almost everything, I think it’s a superior time, for music, architecture, manners, thought. Not the movies. The movies from that time aren’t so good." --Whit Stillman

---11 filmmaking apps for the iPhone

---The 15 Split Diopter Shots in Blow Out

---Burn the Witch and  Daydreaming by Radiohead

---"The Feed Is Dying" by Casey Johnston

---"A practical guide for making your first short film"

---"Sex and Sexier: The Hays Code Wasn't All Bad" by David Denby

---Mirrors of Kane by Joel Bocko

---“I think my stories always have to lead to a moment of grace,” Gerwig tells me after the shoot has wrapped for the day. We’d left Williamsburg for the Marlton Hotel in Greenwich Village, walking distance from Gerwig’s home. Margaux, the restaurant on the main floor, was quiet—too late for lunch and too early for dinner, so we ordered coffee (for me), tea (for her), french fries sprinkled with parsley, and crispy brussels sprouts (for both of us). “It’s the most resonant theme for me as a person.”

---To Make a Great Movie, You Need a Great Ending

---"through the Apple Music subscription, which I had, Apple now deletes files from its users’ computers. When I signed up for Apple Music, iTunes evaluated my massive collection of Mp3s and WAV files, scanned Apple’s database for what it considered matches, then removed the original files from my internal hard drive. REMOVED them. Deleted. If Apple Music saw a file it didn’t recognize—which came up often, since I’m a freelance composer and have many music files that I created myself—it would then download it to Apple’s database, delete it from my hard drive, and serve it back to me when I wanted to listen, just like it would with my other music files it had deleted." --James Pinkstone 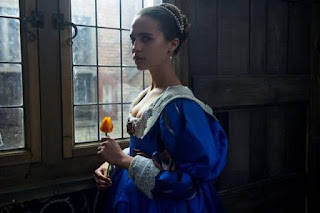 ---The Eyes of Taxi Driver

---"[Richard Kelly] focused on Southland, a film he began writing as a response to the 9/11 terror attacks and the Bush administration's reaction. The Virginia native and USC grad had been living in Los Angeles since the mid-'90s and began processing his anxiety and frustration via the ambitious script. Southland started as Kelly's take on the encroaching madness of the war on terror, juxtaposed with the birth of trash culture and a news cycle in which wars in Afghanistan and Iraq competed for airtime with Kim Kardashian's sex tape." --Tatiana Siegel
Labels: Notable film and media links X-Men Apocalypse