The Hype, the Bloat, and the Fury: Spider-Man 3 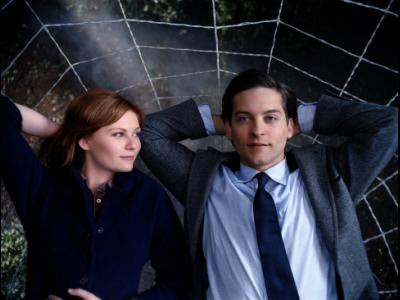 I went to the film with hopes that director Sam Raimi would recreate some of the brilliance of Spider-Man 2, perhaps the best superhero film ever made, but I was disappointed by much of it. Spider-Man 2 worked so well because it managed to combine excellent action scenes with a plausible human story. Highly efficient as a superhero, Peter was mediocre at everything else. He had difficulty just delivering pizza, but somehow his fallibility kept the movie balanced, and Tobey Maguire’s superior acting kept Peter likable and understandable throughout.

Columbia Pictures put pressure on Raimi to finish Spider-Man 3 too quickly, and the stakes were higher in a crowded summer market of trequels, so the film shows more signs of strain and effort. The storyline is overly complex, with two or three villains at work in . After battling one, Peter says “Where do all these guys come from?” Well, they all come from the comic book series, but the comics have the luxury of spacing out their appearances. In an effort to ramp up the action, the screenwriters tax the patience of the viewer with so much plot stretched over 2 hours and 20 minutes. Like so many blockbuster wanna-bes, the filmmakers confuse better with more, so the film seems bloated and loaded down with characters.

Compared to the privations of the previous installments, Spider-Man 3 begins on a complacent note, since Peter enjoys the support of New Yorkers for a change, and he has Mary Jane (Kirsten Dunst with red hair). As he sits in the front row of a musical where she sings, he can’t stop himself from saying “That’s my girlfriend!” to the men sitting next to him. In the evening, Peter and Mary Jane canoodle on a giant web in . She says to him “You’re such a nerd.” His Aunt May (Rosemary Harris) gives Peter her old wedding ring, so he decides to pop the question to Mary Jane in a fancy French restaurant.

Of course, an evil strain of black glop falls from outer space and hops on Peter’s scooter. Later, the gunk will reconfigure itself as a black Spiderman suit that will tempt Peter into joining the dark side. Apparently, the stuff makes one more powerful, but also more aggressive, and I found it delightful when Tobey Maguire started wearing his hair emo-style with black bangs over his eyes. For a brief moment, he forgets all of the dreary ethical concerns of being a superhero, and just enjoys wailing on all of the people giving him a hard time. Then Aunt May shows up and says “Spiderman doesn’t kill people,” and he starts to realize what kind of Faustian deal he has fallen into.

The movie has so many plot lines. Suffice it to say that the rich Harry Osborn (a k a the new Goblin, or James Franco) is still mad at Peter for supposedly killing his Green Goblin father way back in the first film. Escaped convict Flint Marko (played by ) stumbles into a scientific experiment that reconfigures his body as sand that can disperse itself into a cloud or form a gigantic CGI monster at will. Also, Topher Grace plays Eddie Brock, a smarmy photographer for the Daily Bugle who develops a vengeful rage against Peter. Lastly, Gwen Stacy (Bryce Dallas Howard) flirts with Peter in such a way so that Mary Jane remonstrates him for letting Stacy touch him all over with “polished fingernails.” The film keeps finding ways to emphasize keepsakes, I guess to add a sweet human dimension to the proceedings. So Sandman’s daughter gives him a locket with her picture in it, and Peter spends much of his time trying not to lose his Aunt May’s wedding ring in fight scenes.

The movie makes classy references to Vertigo and Some Like It Hot, but when it is all said and done, what makes Spider-Man 3 fun to watch is all of the swooping around in the canyons between skyscrapers. Until we can cut to the action scenes on the extras-laden DVD, audiences will have to watch Peter Parker and his cohorts engage in adolescent drama, drama, drama. What was once the franchise’s greatest strength, its characterization, has now become tiresome, and I got a strong sense that Maguire and Dunst (both good actors) increasingly feel trapped in the web of studio expectations and computer-generated hype.