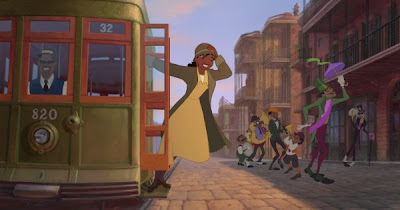 ---When Indie stars sell out
---Lester Bangs didn't like the Cramps
---The Parkour movement in Russia
---Chuck Klosterman talks about the media
---The Athabasca oil sands problem, nicely animated
---A Japanese music video for the channel surfer with an extremely short attention span
---"Friendship" in the age of Facebook:
"Yet what, in our brave new mediated world, is friendship becoming? The Facebook phenomenon, so sudden and forceful a distortion of social space, needs little elaboration. Having been relegated to our screens, are our friendships now anything more than a form of distraction? When they've shrunk to the size of a wall post, do they retain any content? If we have 768 "friends," in what sense do we have any? Facebook isn't the whole of contemporary friendship, but it sure looks a lot like its future. Yet Facebook—and MySpace, and Twitter, and whatever we're stampeding for next—are just the latest stages of a long attenuation. They've accelerated the fragmentation of consciousness, but they didn't initiate it. They have reified the idea of universal friendship, but they didn't invent it. In retrospect, it seems inevitable that once we decided to become friends with everyone, we would forget how to be friends with anyone. We may pride ourselves today on our aptitude for friendship—friends, after all, are the only people we have left—but it's not clear that we still even know what it means."
---Bella and the geek monster
---The A-Z of Spike Jones
---The future of Apps:
"Apps themselves aren't new--they're just the `programs' and `software' of old, repackaged and given a totally new spin by the mobile net--but they've become prominent because of advancing technology. And in a World where some TVs now run apps, where toddling babies can wirelessly Tweet what they're up to and cybernetic limbs seem closer to reality, then the only conclusion is that apps will soon be powering/tweaking/boosting/personalizing every bit of future tech in our lives."
---Dead malls
---Behind the scenes of The Princess and the Frog
---Skhizein, an award-winning short film
---Trippy bubbles (nevermind the statistics)
---Facebook's latest privacy "debacle"
---Photoshop fail, failing again
---A day in the internet
---Lastly, Orson Welles none too thrilled with rosebud
Labels: Notable film and media links