Notable film and media links--end of the decade edition 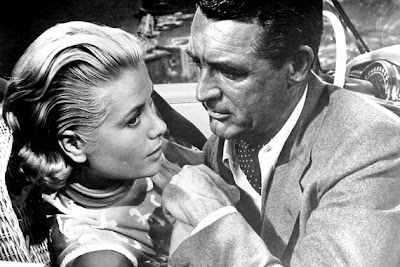 ---Internet-age "writing" syllabus
---The profound importance of Paul Blart: Mall Cop:
"My point here is that Paul Blart is as ugly and misshapen as the year it's part of. Future scholars could study it just as rigorously as, say, ugly '50s anti-Communist paranoia or '60s movies featuring dudes with sitars. No joke.It's still a terrible movie, though."
----What happens when you do a close photoshop analysis of a Victoria Secret photo?
---the trashily delightful Nation's Pride
---The influence of Bob Fosse's All That Jazz
---The true meaning of Christmas for $12.98. Also, Christmas with The Thin Man
---The influence of Psycho's bloody shower, according to Kakutani's review of David Thomson's new book:
"Toward the end of his thought-provoking book “The Moment of Psycho,” the film historian David Thomson gives us a long list of movies made possible or informed by Alfred Hitchcock’s 1960 horror classic “Psycho” — a list that includes not just Brian De Palmahomages to Hitchcock like “Dressed to Kill” and slasher films like “Halloween” and “The Texas Chain Saw Massacre” and their innumerable spawn, but also some less obvious choices:
¶The continuing Bond franchise, which, Mr. Thomson notes, cashes in on the “tongue-in-cheek attitudes toward sex and violence” pioneered by Hitch.

¶“Bonnie and Clyde,” which, like “Psycho,” left audiences alarmed at their capacity to enjoy violence in the darkness of a movie theater.

¶“Jaws,” which, like Hitchcock’s films, used artfully cut sequences and carefully paced scenes to manipulate audiences and amp up their feelings of fear.

¶“Taxi Driver,” which, like “Psycho,” features a “lone-wolf outsider” who both frightens and repels us, even as he allows us to “see a glimpse of ourselves in him.”

¶Stanley Kubrick’s movies “Lolita,” “A Clockwork Orange” and “The Shining,” which, like “Psycho” and so many other Hitchcock films, share “an extreme appetite for technique that sometimes forgot ‘content’; a recognition of watching as perhaps the central expression of modern intelligence and a surgeon’s interest in the eye.”

While somewhat buzzed after tea (sweetened, I was told, by some sort of special honey), I remembered to ask Arianna if she worried about the number of writers being left unemployed by the new "freebie" culture.

"Our site is not built around the freebie," she said. "Our site is built around very hard-working editors and reporters who do all the curating and aggregating and original content. Then bloggers can write when they want, if they want." The Huffington Post's founder and editor in chief acknowledged that the question of how to fund journalism and pay a living wage "is still being worked out."

---Nancy Meyers and her movies designed for women

---Top Vimeo videos of 2009 (again thanks to the brilliant kottke.org)

---13 important DIY films of the decade

"Hitchcock is the figure who wraps together the opposing views of Grace Kelly, and folds them into a single mystery. He knew and relished all the rumors, but would never have been so vulgar as to brandish what they proposed, like an emblazoned flag, in the course of the three films with Kelly. One quick flutter would suffice. He was the first director to listen closely to the gentle crack in that well-bred speaking voice (“improperly placed,” according to the American Academy of Dramatic Arts), and to register the wicked elongation of her vowels: “Oh now, don’t say you can’t go,” a scarlet-clad Grace tells Ray Milland in “Dial M for Murder,” lowering that final syllable into a two-toned croon. (She is cheating on him, and her lover is in the room.) During a famous exchange with François Truffaut, Hitchcock argued that “if sex is too blatant or obvious, there’s no suspense."

Dan North said…
Hi, Doc! I'm honoured to be on such an eclectic and stimulating list. I look forward to working my way through some it. Wow, David Thomson really churns it out, eh?

For the record, the D.R. in my username is from my middle name, not my title, but while everyone's calling everyone else Doctor, I'll take the recognition...

Wishing you a happy new year and much more blogging goodness into the next decade.
December 30, 2009 at 7:12 AM

The Film Doctor said…
My pleasure, Dan. Thanks for the correction about your name. Happy New Year to you as well.
December 30, 2009 at 8:15 AM