David Foster Wallace on identity, entertainment, and Tarantino: quotes from Although of Course You End Up Becoming Yourself by David Lipsky 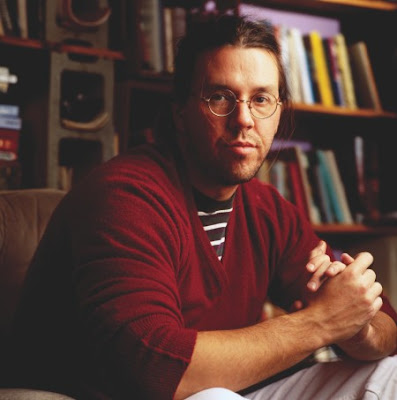 In 1996, Rolling Stone journalist David Lipsky interviewed David Foster Wallace during the last leg of his book tour for Infinite Jest. They ended up talking for five days as they played chess, endured flight delays, attended readings, visited the Mall of America, watched TV in hotel rooms, ate at Denny's, and played with Wallace's two dogs. Lipsky never published the profile in Rolling Stone, but he did keep a taped record of their conversation, and he just published it as Although of Course You End Up Becoming Yourself: A Road Trip with David Foster Wallace (Broadway Books).
As a major Wallace fan, I've enjoyed the book for the snapshot it provides of his thinking. Some choice quotes:
"I mean, Tarantino is such a schmuck 90 percent of the time. But ten percent of the time, I've seen genius shining off the guy.
I don't know about you: My life and my self doesn't feel like anything like a unified developed character in a linear narrative to me. I may be mentally ill, maybe you're not. But my guess is, looking at things like MTV videos or new fashions in ads, with more and more flash cuts, or the use of computer metaphors which would only be useful metaphors if the ability to do triage and tree-diagrams resonated with people's own existence in life. That I think a lot of people feel--not overwhelmed by the amount of stuff they have to do. But overwhelmed by the number of choices they have, and by the number of discrete different things that come at them. And the number of small . . . that since they're part of numerous systems, the number of small insistent tugs on them, from a number of different systems and directions. Whether that's qualitatively different than the life was for let's say our parents or our grandparents, I'm not sure. But I sorta think so. At least in some--in terms of the way it feels on your nerve endings.
Entertainment's chief job is to make you so riveted by it that you can't tear your eyes away, so the advertisers can advertise. And the tension of the book [Infinite Jest] is try to make it at once extremely entertaining--and also sort of warped, and to sort of shake the reader awake about some of the things that are sinister in entertainment.
What writers have is a license and also the freedom to sit--to sit, clench their fists, and make themselves be excruciatingly aware of the stuff that we're mostly aware of only on a certain level. And that if the writer does his job right, what he basically does is remind the reader how smart the reader is. Is to wake the reader up to stuff the reader's been aware of all the time. 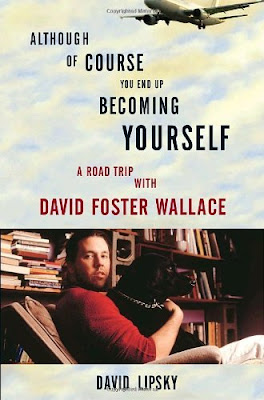 So I think it's got something to do with, that we're just---we're absolutely dying to give ourselves away to something. To run, to escape, somehow. . . . And so TV is like candy in that it's more pleasurable and easier than the real food. But it also doesn't have any of the nourishment of real food. . . . What has happened to us, that I'm now willing--and I do this too--that I'm willing to derive enormous amounts of my sense of community and awareness of other people, from television? But I'm not willing to undergo the stress and awkwardness and potential shit of dealing with real people.
And that as the Internet grows, and as our ability to be linked up, like--I mean, you and I coulda done this through e-mail, and I never woulda had to meet you, and that woulda been easier for me. Right? Like, at a certain point, we're gonna have to build some machinery, inside our guts, to help us deal with this. Because the technology's just gonna get better and better and better and better. And it's gonna get easier and easier, and more and more convenient, and more and more pleasurable, to be alone with images on a screen, given to us by people who do not love us but want our money. Which is all right. In low doses, right? But if that's the basic main staple of your diet, you're gonna die. In a meaningful way, you're gonna die.
. . . this idea that pleasure and comfort are the, are really the ultimate goal and meaning of life. I think we're starting to see a generation die . . . on the toxicity of that idea.
[James] Cameron would be making so much better movies if they gave him a seven-, eight-million-dollar budget on each one. And said, you know, "Do your best." Y'know? Don't indulge your love for really cool special effects. Make a story that like--that hangs together and treats the audience like grown-ups and means something.
DeLillo said, "That if serious reading disappears in this country, it will mean that whatever--it will mean that whatever we mean by the term identity has ceased to exist."
[on the willingness to show off as a writer]
"How will this enable me to show off in way x?" "How will this enable me to show off in way Y?" And it's something I see in, for example, Leyner. Who I think is very gifted. But he's somebody whose vibe I always get: The point of this is Mark Leyner is smart and funny. The point of this is Mark Leyner is smart and funny. And it's fine. And he earns every cent he gets.
Well for me, as an American male, the face I'd put on the terror is the dawning realization that nothing's enough, you know? That no pleasure is enough, that no achievement is enough. That there's a kind of queer dissatisfaction or emptiness at the core of the self that is unassuageable by outside stuff. And my guess is that that's been what's going on, ever since people were hitting each other over the head with clubs. . . . And that our particular challenge if that there's never been more and better stuff comin' from the outside, that seems temporarily to sort of fill the hole or drown out the hole.
It's more like, if you can think of times in your life that you've treated people with extraordinary decency and love, and pure uninterested concern, just because they were valuable as human beings. The ability to do that with ourselves. To treat ourselves the way we would treat a really good, precious friend. Or a tiny child of ours that we absolutely loved more than life itself. And I think it's probably possible to achieve that. I think that's part of the job we're here for is to learn how to do it. I know that sounds a little pious."
Related link:
Kottke.org on Wallace
Labels: Although of Course You End Up Becoming Yourself David Foster Wallace

Drew McIntosh said…
Thank you so much for posting this, I will be picking up this book soon, but for now this is great! Can't wait for The Pale King.
April 17, 2010 at 8:15 PM

The Film Doctor said…
Thanks, Drew. I agree about The Pale King. Reading Lipsky's interview also made me want to revisit Infinite Jest.
April 18, 2010 at 5:43 AM