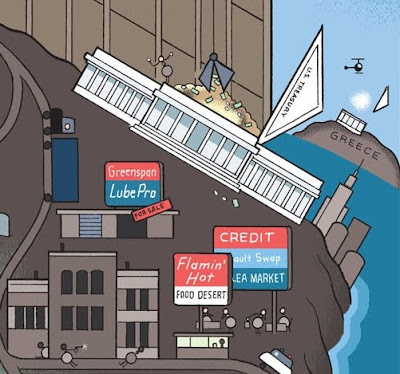 ---Sven Birkerts analyzes the differences between the internet and the novel:
"The problem we face in a culture saturated with vivid competing stimuli is that the first part of the transaction will be foreclosed by an inability to focus—the first step requires at least that the language be able to reach the reader, that the word sounds and rhythms come alive in the auditory imagination. But where the attention span is keyed to a different level and other kinds of stimulus, it may be that the original connection can’t be made. Or if made, made weakly. Or will prove incapable of being sustained. Imagination must be quickened and then it must be sustained—it must survive interruption and deflection. Formerly, I think, the natural progression of the work, the ongoing development and complication of the situation, if achieved skillfully, would be enough. But more and more comes the complaint, even from practiced readers, that it is hard to maintain attentive focus. The works have presumably not changed. What has changed is either the conditions of reading or something in the cognitive reflexes of the reader. Or both.

All of us now occupy an information space blazing with signals. We have had to evolve coping strategies. Not merely the ability to heed simultaneous cues from different directions, cues of different kinds, but also—this is important—to engage those cues more obliquely. When there is too much information, we graze it lightly, applying focus only where it is most needed. We stare at a computer screen with its layered windows and orient ourselves with a necessarily fractured attention. It is not at all surprising that when we step away and try to apply ourselves to the unfragmented text of a book we have trouble. It is not so easy to suspend the adaptation."

---John Updike reports from the future:

"Students have trouble grasping the high value placed upon mobility even in the early decades of the Computer Revolution. `Why would anyone want to go anywhere else,' they ask me, `when the same information-gathering terminals were present at every geographical point?' The primitive catch-phrases that permeated not only the twentieth century but earlier eras on the North American continent--`starting over,' `heading west,' `leaving it all behind,' `fresh faces,' `new horizons'--ring hollowly for those who have from birth let the world come to them, in the form of computer-generated instruction, entertainment, and virtual experience. The need to `go out'--out to shop or to work or just to walk around the block--seems as arcane and absurd to them as, say, Victorian family prayers or bloody Aztec sacrifices."

---students addicted to social media:
"Susan D. Moeller, the Maryland journalism professor who conducted the study, said she was struck by how the short media blackout personally and emotionally affected students."What they spoke about in the strongest terms was how their lack of access to text messaging, phone calling, instant messaging, email and Facebook, meant that they couldn't connect with friends who lived close by, much less those far away," [she said].

"Texting and IM-ing my friends gives me a constant feeling of comfort," wrote one student. "When I did not have those two luxuries, I felt quite alone and secluded from my life. Although I go to a school with thousands of students, the fact that I was not able to communicate with anyone via technology was almost unbearable."
---a two-day experiment in text-free living

---the new mood of online openness:

"Mr. Brooks, a 38-year-old consultant for online dating Web sites, seems to be a perfect customer. He publishes his travel schedule on Dopplr. His DNA profile is available on23andMe. And on Blippy, he makes public everything he spends with his Chase Mastercard, along with his spending at Netflix, iTunes and Amazon.com.“It’s very important to me to push out my character and hopefully my good reputation as far as possible, and that means being open,” he said, dismissing any privacy concerns by adding, “I simply have nothing to hide.”This new world owes its origin to the rampant sharing of photos, résumés and personal news bites on services like Facebook, LinkedIn and Twitter, which have acclimated people to broadcasting even the most mundane aspects of their lives.To Silicon Valley’s deep thinkers, this is all part of one big trend: People are becoming more relaxed about privacy, having come to recognize that publicizing little pieces of information about themselves can result in serendipitous conversations — and little jolts of ego gratification."
---distracting ourselves to death--Frontline: Digital Nation
---"If real life were more like the internet"
---the amazing media habits of the young
---how social media has changed war coverage:
"The old, venerable media outlet, Reuters, which had two employees among the dead, could not get squat out of government officials the last three years, despite pressure and a Freedom of Information Act request. So much for the power of MSM. Thank you shadowy world of WikiLeaks -- unless you're one of those who thinks the organization is a national security threat.

I looked at the footage, and the blow-ups of the footage. There are people with cameras who were mistaken for guys with guns. There appear also to be guys with guns. There was a van -- an insurgent wagon to some, a makeshift ambulance to others -- and two kids inside who were wounded. I read the rules of engagement posted on a variety of web sites that used the video.

So was any of the killing justified? War is a dizzying, murky, hyper-adrenalized maze. In the field of battle, there are facts to be had and truths to be revealed. But even with the magic of digital revelations sling-shot across all bandwidths, the answer has to be: depends. Depends on some things even second-by-second video can't uncover.

Soldiers snickering while shooting journalists and kids looks bad, no question. My favorite quote of the week was from the refreshingly blunt General Stanley McChrystal about civilian deaths in Afghanistan: "We have shot an amazing number of people, but...none has ever proven to be a threat."

---cities as software (via Boing Boing)

---an interview with Greil Marcus

---Naomi Wolf on happiness and feminism