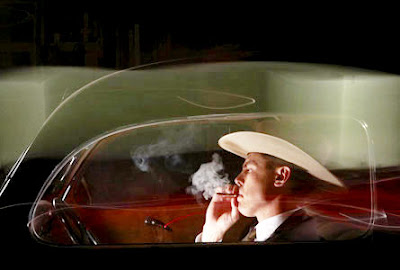 ---life in 2020:
---the shortcomings of the superhero genre
---15 great unscripted scenes
---capitalizing on Naomi Klein's No Logo:
"All brands are built around a unique promise or selling proposition, but as Klein argued, whatever a brand is supposed to stand for, it has little to do with the material facts of how the product is manufactured. Nike’s “Just Do It” pledge of individual achievement and Apple’s attitude of hip nonconformity could mask sweatshops, communities damaged by outsourcing, or an exploited environment. The anti-corporate activism chronicled in No Logo used this gap between what a brand promised to consumers and how its corporate parent actually behaved to perform a bit of public relations jiu-jitsu. When their bad faith was revealed to the world, the economic strength of the brand bullies became a major liability. The need to preserve shareholder value forced companies such as Shell and Nike to get their act together and make sure their corporate deeds aligned with their marketing froth.A decade on, there is no question who won that fight. From eco- to organic, fair trade to locally sourced, sweatshop safe to dolphin friendly, sales pitches that 10 years ago would have reeked of patchouli oil and set the red baiters on full alert are now thoroughly mainstream. Companies like Whole Foods (and its quarterly “5 Percent Day,” when each location donates 5 percent of its net sales to a nonprofit) or the Vermont-based Seventh Generation (a natural soap and detergent company devoted to all forms of sustainability, whose co-founder and executive chairman is known as the “inspired protagonist” of the firm) are massively successful operations."
---time management on the internet
---Facebook's eroding privacy policy: a timeline. Also, Facebook and MacDonalds, together at last.
---lastly, how to eat dinner with Bill Murray
Labels: Notable film and media links