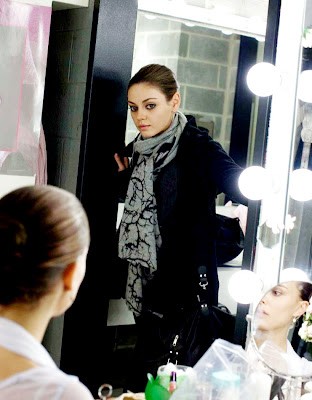 ---the Threadless story
---Ferguson's "Everything Is a Remix"
---Molly Young considers the allure(?) of immersive retail
---Blade Runner: Hades landscape (thanks to @stevensantos)
---Brambilla's Dante-esque "Civilization"
---Rohmer's cinema of the elbow:
"This lean, which always leaves one elbow out, is the perfect stance to take while having a private conversation in public or in an outdoor space where seating is not available; it also gives the leaner the casual air of a Caravaggio model, and makes them look vaguely saintly even while they contemplate unsaintly possibilities.

The Rohmer lean is exclusively the domain of men, and is usually deployed while talking to women, who lean back, but never to the side. It is because these women always lean back (as if to present themselves, and thus dominate a scene) that the Rohmer men have evolved this sideways lean, which allows them to stand at a right angle to the women and not be leaned back at (and therefore beaten in the lean-off of the sexes). What many Rohmer women seek is a man who will face them head-on, and what many of Rohmer's men are looking for is a girl to lean sideways at a right angle to; to be in close company and yet able to casually gaze as if from a distance."
---McDonald's and "I was lovin' it"
---what to do if there's a devil in your elevator:
"And what if you have evidence that a demon is sharing the elevator with you?
Do you believe in the paranormal?
No.
Me neither.
But what if it happened?
If you’ve got, so to speak, the devil inside the elevator, press the call button. Call Otis. You’re trying to make this fun, I can understand that. But I’ve never heard of anything like this. 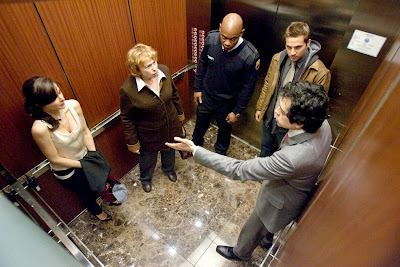 Okay, what if one of your fellow passengers bites you?
Smack the person across the face.
What if you don’t know who it was because it happened when the lights were out?
That’s probably the toughest question I’ve been asked. What to do if someone bites you inside an elevator. But to be serious, that button actually connects you directly ... [You] press the button, you’re connected to security instantly. Within an instant. They can get the doors open and release the passengers within an instant. Today’s technology is so modern that the risks within an elevator are really minimal. It can’t happen, that’s the point I’m trying to make."
---the fashion apocalypse
---an Easy A featurette
---the best ad placement fail ever (thanks to @nickbilton)
---Anne Thompson interviews Aronofsky concerning Black Swan and Natalie Portman's thoughts about the film.
---capturing the atom bomb on film
---Erich Kuerston celebrates Michael Weldon:
". . . no one was better at conveying the lurid trashy glory of the unseen cinema than Michael Weldon. Psychotronic became my big brother, my bible, my source book, my security blanket. I still have my original copy--bought with money begged from mom--and the page edges are black with my endless thumbing.

Half neo-Godardian half plain-spoken genuine dude, no posing. The man's been in two punk bands. His dad fought in World War Two. His life was saved by rock and roll. He still writes but it seems to be more along the lines of pop culture criticism as in this editorial essay I found online:
"Some people have been complaining about pop songs being used as commercials since the 70s. I always loved The Beach Boys’ “Fun Fun Fun,” especially for the brilliant falsetto harmony ending and Sly And The Family Stone’s “Hot Fun In the Summertime.” And the intro of Iggy Pop’s “Lust For Life” (featuring the drumming of Soupy Sales son) has become the new “Thus Spake Zarathustra” (or the 2001, Elvis intro theme) of TV ads. Key parts of all three are now being used for cruise ship TV spots. Music from an LSD casualty, a coke casualty, and a long time heroin addict to attract mostly retired couples to take overpriced vacations on ocean polluting ships that a record number of people have been puking their guts out on. Brilliant! (Psychotronic #38)"
---A. O. Scott appreciates Donnie Darko
---Jean-Paul Belmondo
---R. Colin Tait's "Unified Theory of Beard Acting"
---the Zuckerberg interview and 6 reasons to steer clear of Facebook
---the awkwardness of Fred Astaire in blackface
---Steven Martin just joined Twitter: @SteveMartinToGo
---"purchasing habits of Generation Y" Tavi's influential fashion blog:
[from the New Yorker profile]: "Tavi recently hired a publicist, Dana Meyerson, a Chicago woman who other clients include the rappers Diplo and Rah Digga. Meyerson is working on a plan to sell advertising on her blog. `It seemed like the obvious next step,' Meyerson told me. Tavi assembled a list of the design houses she likes--Marc Jacobs, Prada, Celine, Balenciaga, Lanvin, Chanel--and Meyerson has begun contacting them to propose advertising deals: running banner ads on Tavi's blog . . . Rates for such collaborative advertising projects vary, but bloggers can be paid up to four thousand dollars for posting about a product once, while photography bloggers , like Jak & Jil's Tommy Ton, can command freelance fees of up to twenty thousand dollars a day."

Unknown said…
Quite good to know about the Rohmer lean who is exclusively the domain of men,and the facts are also good to read.