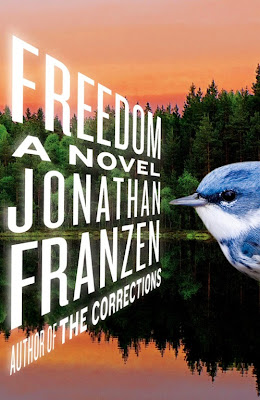 In comparison to his previous 2001 novel The Corrections, Jonathan Franzen's Freedom is much more politically streamlined. Franzen posited the novel's basic dilemma in his minimalist video (or anti-video) promoting the work: most of our environmental and social problems really stem from one problem--overpopulation. People have difficulty considering ways to stop the population growth, however, because then we would have to restrain our much beloved American liberties. From his novelist's perspective, Franzen acknowledges that it is important to have children, to learn about oneself through the relationships between generations, and so on. But looking through the lens of the overpopulation issue, it would be better if people stopped "breeding" because increasingly the earth cannot handle the environmental strain of thousands of new people being born every hour. Franzen's aesthetic hints at a paradox: on one level it would be better if his characters did not exist at all.
In Freedom, the chief person conscious of this problem is Walter Berglund, the father of the central family in the novel. Every time Walter editorialized about overpopulation, I kept wondering how much Franzen shares his views. For instance, Walter first brings up his concerns while talking with Lalitha and Katz on page 219:
"You remember Aristotle and the different kinds of causes? Efficient and formal and final? Well, nest-predation by crows and feral cats is an efficient cause of the warbler's decline. And fragmentation is a formal cause of that. But what's the final cause? The final cause is the root of pretty much every problem we have. The final cause is too many damn people on the planet. It's especially clear when we go to South America. Yes, per capita consumption is rising. Yes, the Chinese are illegally vacuuming up resources down there. But the real problem is population pressure. Six kids per family versus one point five. People are desperate to feed the children that the pope in his infinite wisdom makes them have, and so they trash the environment."
Walter is just warming up:
"In America alone . . . the population's going to rise by fifty percent in the next four decades. Think about how crowded the exurbs are already, think about the traffic and the sprawl and the environmental degradation and the dependence on foreign oil. And then add fifty percent. And that's just America, which can theoretically sustain a larger population. And then think about global carbon emissions, and genocide and famine in Africa, and the radicalized dead-end underclass in the Arab world, and overfishing of the oceans, illegal Israeli settlements, the Han Chinese overrunning Tibet, a hundred million poor people in nuclear Pakistan: there's hardly a problem in the world that wouldn't be solved or at least tremendously alleviated by having fewer people. And yet . . . we're going to add another billion by 2050. In other words, we're going to add the equivalent of the world's entire population when you and I were putting our pennies in UNICEF boxes. Any little things we might do now to try to save some nature and preserve some kind of quality of life are going to get overwhelmed by the sheer numbers, because people can change their consumption habits--it takes time and effort, but it can be done--but if the population keeps on increasing, nothing else we do is going to matter. And yet nobody is talking about the problem publicly. It's the elephant in the room, and it's killing us" (219-20).
Walter and Lalitha attempt to start up a nationwide campaign designed to encourage the young to think of "having babies" as an "embarrassment" (221), but meanwhile Walter has problems with his wife Patty's depression and his Republican son Joey not sharing his ideological concerns. Later, as he talks to Patty, Walter's concerns about his work spill over to the same larger agenda:
"I meant that world population and energy consumption are going to have to fall drastically at some point. We're way past sustainable even now. Once the collapse comes, there's going to be a window of opportunity for ecosystems to recover, but only if there's any nature left. So the big question is how much of the planet gets destroyed before the collapse. Do we completely use it up, and cut down every tree and sterilize every ocean, and then collapse? Or are there going to be some unwrecked strongholds that survive" (323)? 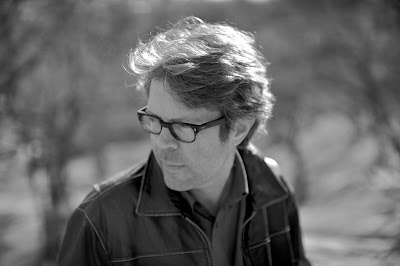 Eventually, Walter's worries about the increasing environmental damage due to overpopulation starts to weigh on him like a grim clock ticking, every minute adding on more problems to a world largely ignorant of and/or distracted from what's going on:
"To pass the time, Walter did mental tallies of what had gone wrong in the world in the hours since he'd awakened in the Days Inn. New population gain: 60,000. New acres of American sprawl: 1,000. Birds killed by domestic and feral cats in the United States: 500,000. Barrels of oil burned worldwide: 12,000,000. Metric tons of carbon dioxide dumped into the atmosphere: 11,000,000. Sharks murdered for their fins and left floating finless in the water: 150,000 . . . The tallies, which he recalculated as the hour grew even later, brought him a strangely spiteful satisfaction" (342-3).
One gets the impression that Walter is possibly a fanatical crackpot, his fixation on these issues distorted by his depression and his marital problems. Finally (and I'm trying to not play the spoiler here), Walter loses control during a speech, and shouts out to an angry audience:
"and MEANWHILE," he shouted, "WE ARE ADDING THIRTEEN MILLION HUMAN BEINGS TO THE POPULATION EVERY MONTH! THIRTEEN MILLION MORE PEOPLE TO KILL EACH OTHER IN COMPETITION OVER FINITE RESOURCES! AND WIPE OUT EVERY OTHER LIVING THING ALONG THE WAY! IT IS A PERFECT FUCKING WORLD AS LONG AS YOU DON'T COUNT EVERY OTHER SPECIES IN IT! WE ARE A CANCER ON THE PLANET! A CANCER ON THE PLANET" (484)!
The crowd subdues Walter, and he comes to regret the use of the word "cancer" as being counter-productive, but I think he has a point. Now that Oprah Winfrey has put aside her differences with Franzen and chosen Freedom as her new selection for her book club, I wonder how much the novel's political concerns will find a voice in the media. The narrator of Freedom seems doubtful of that happening, because, as Katz, another character in the novel says, "the whole point of capitalism is the restless growth of capital" and "Capitalism can't handle talking about limits" (361). Toward the end of the novel,
"There was plenty of tweeting on Twitter, but the chirping and fluttering world of nature, which Walter had invoked as if people were still supposed to care about it, was one anxiety too many" (546).
Related links:
"Malthusian madness"
"The Seventh Billion"
Labels: Freedom Jonathan Franzen overpopulation

James Yates said…
I just happened to stumble upon this blog, coincidentally after posting my own essay on Freedom.

This is a terrific side of the novel, and one that hasn't been touched upon too much, at least in the reviews I've read. You've touched upon an excellent paradox (Walter's views vs. his own family), and while Patty's depression is mentioned much more explicitly, I didn't think about how Walter's own depression could potentially be manifested in his project.

Craig said…
I'm halfway through this one, right about where the deeply personal tone of the first part transforms into something political, a connection done quite deftly.

Richard Katz is a great character, my favorite, though Patty's brain-rattling applecart-upsetter ranks a close second.
September 17, 2010 at 4:59 PM

The Film Doctor said…
Thanks, Jamie and Craig,

I just noticed that, while reading Franzen's Freedom and William Gibson's Zero History at the same time, how the two authors treat Apple products in opposite ways. Whereas Gibson includes enough iPhones and MacBook Airs to make them appear like heavy-duty product placement in the novel, Franzen includes a harangue from the rocker Katz mocking Apple for giving people the illusion that "getting your own iPod is itself the very thing that makes the world a better place" (201). I do enjoy Franzen's at times bitter tragic realist aesthetic, and I agree that often Katz is the most fun of the characters.
September 19, 2010 at 2:55 PM