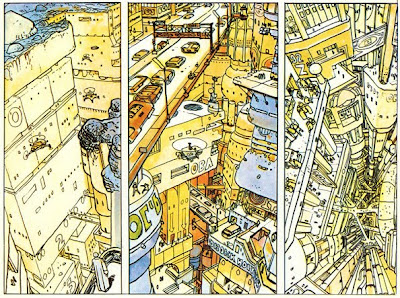 ---lost Detroit and abandoned coal towns
---futuristic home computing (lots of stroking on mirrors)
---John Grisham's crap jobs:
"I was 17 years old that summer, and I learned a lot, most of which cannot be repeated in polite company. One Friday night I accompanied my new friends on the asphalt crew to a honky-tonk to celebrate the end of a hard week. When a fight broke out and I heard gunfire, I ran to the restroom, locked the door and crawled out a window. I stayed in the woods for an hour while the police hauled away rednecks. As I hitchhiked home, I realized I was not cut out for construction and got serious about college.My career sputtered along until retail caught my attention; it was indoors, clean and air-conditioned. I applied for a job at a Sears store in a mall. The only opening was in men’s underwear. It was humiliating. I tried to quit, but I was given a raise. Evidently, the position was difficult to fill. I asked to be transferred to toys, then to appliances. My bosses said no and gave me another raise.I became abrupt with customers. Sears has the nicest customers in the world, but I didn’t care. I was rude and surly and I was occasionally watched by spies hired by the company to pose as shoppers. One asked to try on a pair of boxers. I said no, that it was obvious they were much too small for his rather ample rear end. I handed him an extra-large pair. I got written up. I asked for lawn care. They said no, but this time they didn’t offer me a raise. I finally quit."
---Ed Howard and Jason Bellamy discuss Lawrence of Arabia
---"Everything You See Is Future Trash," an interview with Robin Nagle:

THE BELIEVER: You’ve said that “garbage is very scary to us culturally, and it is also… one of the single most fascinating things you could ever study.” And, at least back when you started, garbage was a “cognitive problem” that you didn’t fully understand. Why do you think most people, at least overtly, don’t react to garbage with such a complicated fascination?

ROBIN NAGLE: It’s a complicated answer because it points in so many directions at one time. Garbage is generally overlooked because we create so much of it so casually and so constantly that it’s a little bit like paying attention to, I don’t know, to your spit, or something else you just don’t think about. You—we—get to take it for granted that, yeah, we’re going to create it, and, yeah, somebody’s going to take care of it, take it away. It’s also very intimate. There’s very little we do in twenty-four hours except sleeping, and not always even sleeping, when we don’t create some form of trash. Even just now, waiting for you, I pulled out a Kleenex and I blew my nose and I threw it out, in not even fifteen seconds. There’s a little intimate gesture that I don’t think about, you don’t think about, and yet there’s a remnant, there’s a piece of debris, there’s a trace.

There’s a scholar at Stanford, his name is Bill Rathje. He wrote a book called Rubbish!and he’s an archaeologist of contemporary household waste. He trained classically at Harvard as a traditional archaeologist and did work among the ancient Mayan ruins. He says garbage is a highly visible problem that we choose to make invisible.

BLVR: You, and William Rathje also, see it as also a cognitive problem.

RN: Well, it’s cognitive in that exact way: that it is quite highly visible, and constant, and invisibilized. So from the perspective of an anthropologist, or a psychologist, or someone trying to understand humanness: What is that thing? What is that mental process where we invisibilize something that’s present all the time?

The other cognitive problem is: Why have we developed, or, rather, why have we found ourselves implicated in a system that not only generates so much trash, but relies upon the accelerating production of waste for its own perpetuation? Why is that OK?

And a third cognitive problem is: Every single thing you see is future trash. Everything. So we are surrounded by ephemera, but we can’t acknowledge that, because it’s kind of scary, because I think ultimately it points to our own temporariness, to thoughts that we’re all going to die." 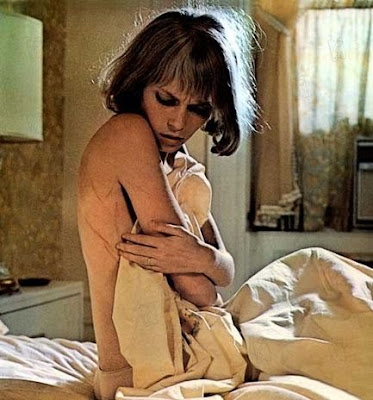 ---Jonathan Franzen and the fragmentation of postmodern life:

“You could also make the case that we are way past the heyday of the novel. There is no question that as peoples’ lives get broken up into ever tinier, useless, electronic bits, the whole notion of sitting down to lose oneself in an imaginary world becomes more and more untenable."
---from Franzen's new novel Freedom (not a link, but anyway):
"This was what was keeping me awake at night," Walter said. "This fragmentation. Because it's the same problem everywhere. It's like the internet, or cable TV--there's never any center, there's no communal agreement, there's just a trillion little bits of distracting noise. We can never sit down and have any kind of sustained conversation, it's all just cheap trash and shitty development. All the real things, the authentic things, the honest things are dying off. Intellectually and culturally, we just bounce around like random billiard balls, reacting to the latest random stimulus."
---Pee-Wee Herman's PSA
---the future of the internet, the future of computers, and virtual goods marketing
---John Cleese's theories about creativity
---future cities
---our current depression and the United States of inequality
---Zittrain's "Reputation Bankruptcy":
"Imagine entering a café in Paris with one’s personal digital assistant or mobile phone, and being able to query: “Is there anyone on my buddy list within 100 yards? Are any of the ten closest friends of my ten closest friends within 100 yards?” Although this may sound fanciful, it could quickly become mainstream. With reputation systems already advising us on what to buy, why not have them also help us make the first cut on whom to meet, to date, to befriend? These are not difficult services to offer, and there are precursors today. These systems can indicate who has not offered evidence that he or she is safe to meet—as is currently solicited by some online dating sites—or it may use Amazon-style matching to tell us which of the strangers who have just entered the café is a good match for people who have the kinds of friends we do. People can rate their interactions with each other (and change their votes later, so they can show their companion a thumbs-up at the time of the meeting and tell the truth later on), and those ratings will inform future suggested acquaintances. With enough people adopting the system, the act of entering a café can be different from one person to the next: for some, the patrons may shrink away, burying their heads deeper in their books and newspapers. For others, the entire café may perk up upon entrance, not knowing who it is but having a lead that this is someone worth knowing. Those who do not participate in the scheme at all will be as suspect as brand new buyers or sellers on eBay.
Increasingly, difficult-to-shed indicators of our identity will be recorded and captured as we go about our daily lives and enter into routine transactions— our fingerprints may be used to log in to our computers or verify our bank accounts, our photo may be snapped and tagged many times a day, or our license plate may be tracked as people judge our driving habits. The more our identity is associated with our daily actions, the greater opportunities others will have to offer judgments about those actions. A government-run system like the one Strahilevitz recommends for assessing driving is the easy case. If the state is the record keeper, it is possible to structure the system so that citizens can know the basis of their ratings—where (if not by whom) various thumbs-down clicks came from—and the state can give a chance for drivers to offer an explanation or excuse, or to follow up. The state’s formula for meting out fines or other penalties to poor drivers would be known (“three strikes and you’re out,” for whatever other problems it has, is an eminently transparent scheme), and it could be adjusted through accountable processes, just as legislatures already determine what constitutes an illegal act, and what range of punishment it should earn."
---the 40 best Sesame Street guest spots
---Stanley Kubrick's photographs
---the Inception Inception
---lastly, the fun of being Kate Moss in an airport and Lauryn Hill's answer to fame
Labels: Notable film and media links