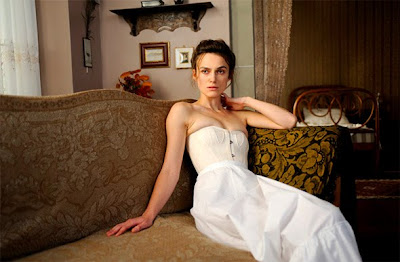 ---"The Revolution Is Being Shot on Digital Video" by Dhargis and the best short films on the web
---22 films to anticipate in 2011
---British pop fashion
---3 of Joan Crawford's defining roles
---Peter Weir discusses The Way Back
---problems with the Google's new cloud ChromeOS and careless computing (also Google v Apple)
---Mat Whitecross on film directing:
Your next book, Rebel Without a Crew: Or How a 23-Year-Old Film-Maker with $7,000 Became a Hollywood Player by Robert Rodriguez, must have been an inspiration for you.

"Yes, I remember growing up and really wanting to be a film-maker. I didn’t understand how films were made. There wasn’t a huge amount of information at the time. It seemed like an impossible dream to go off and become a director – there was no sure-fire route. There still isn’t. I remember going to the careers adviser at school and saying I want to be a director and he pretty much laughed at me and said, ‘Well you can’t!’

So when that book came out it was so inspiring because Rodriguez basically said, look, if you were a musician or a writer you would go off and write and write and no one ever sees what you do. And in the same way, if you play a guitar you will go off to your garage and practise until your fingers bleed and you are really good. With film you don’t get that opportunity. You get given a million pounds and you can often make a film which is a disaster because you don’t know what you are doing and you are practising as you go along. What Rodriguez said is, just grab hold of a camera and go off and shoot and practise, and that is how you learn by making your mistakes in private."

So what was your first project?

"I used to go off and make films with my friends when we were kids. My dad bought a video camera for me when I was about 14. I didn’t have any editing equipment but we would just edit in the camera, which is quite a good discipline. So you would be watching other films and ripping off ideas.

They were pretty sloppy horror films and slapstick comedies. Lots of Monty Python influences all ending in slapstick violence. But the good thing was I could get it out of my system and work out what worked and what doesn’t. And you realise that you can cut together something which is just as engaging as anything you see on TV, even if it isn’t as polished!"
---Santa's new privacy policy 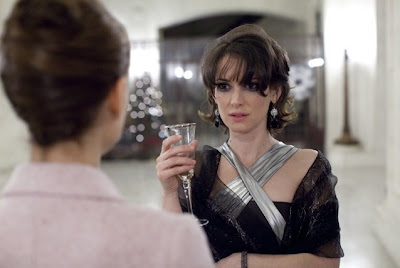 ---"Winona Forever" by Pappademas
---Fast Five trailer
---all of the 3D anyone should ever need
---"We can’t just be ourselves; we have to make ourselves a personal brand that we desperately need our friends, i.e. networked nodes, to buy into."
---@annehelen ponders the mysterious popularity of KE$HA:
"Now, if Ke$ha actually understood herself — and her image — as a critique of the rest of the pop industry, we might have ourselves something. While I don’t find Gaga to be as emancipatory or transgressive as some others do, I do think that she very much understands the aspects of pop culture that she’s satirizing, parodying, or blowing out of the water. Ke$ha, on the other hand, is so entrenched in pop culture that any potential trangression of “garbage chic” was co-opted before it even whispered critique. She’s Britney/Gaga/Madonna Lite — all signifier, zero substance. Her ahistorical-ness stems from the fact that she could have been programmed by a computer — a “sexy robot” meant to arouse prurient and pop desires. In this way, she is the embodiment of what the postmodernists warned us about; the culmination of late stage capitalism, where economic imperatives (make money by getting teenagers to buy ring tones!) hollows out all meaning, the spectacle that distracts us from the fact that nothing — no politics, no soul, not even charisma — lies beneath. In short: THERE IS NO THERE, THERE."
---vintage Japanese propaganda posters
---David Foster Wallace's philosophical side:
"Whatever the explanation for his preoccupation with solipsism in Wittgenstein, Wallace never abandoned his fixation on sealed-off people. Few readers of Infinite Jest will forget the lonely fate of the Hal Incandenza, who becomes so alienated from the world that his speech becomes unintelligible to others, or the lifeless zombiehood that befalls anyone who watches the novel's eponymous film, which is so entertaining that its viewer becomes incapable of doing anything other than watch it. But Mark Costello pointed out to me an important irony: for someone as obsessed with isolation as Wallace, he was "obviously a social novelist, a novelist of noticed details, on a near-encyclopedic scale." Where other novelists dealing with solipsism, like Markson and Beckett, painted barren images with small compressed sentences, Costello observed, "Dave tackled the issue by massively overfilling his scenes and sentences to comic bursting"—indeed to the point of panicked overstimulation. There was a palpable strain for Wallace between engagement with the world, in all its overwhelming fullness, and withdrawal to one's own head, in all its loneliness. The world was too much, the mind alone too little. "You can't be anything but contemptible living for yourself," Costello said, summing up the dilemma. "But letting the world in—that sucks too."It's not exactly what you'd call an intellectual conundrum. But it was the lived one."
---the rise of the hybrid startup
---"Never Let Them Go: 2010 and the Movies" by MZS
---Chinese ghost towns
---Hanna Rosin considers the rise of women 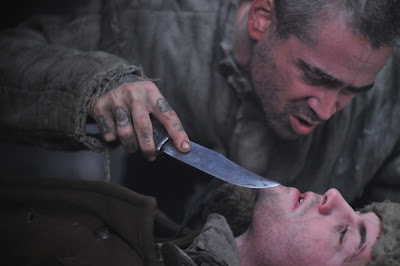 ---canned hunts:
"In most canned hunts tame or semi-tame game species, reared in captivity, are placed in enclosures of varying sizes, and the gate is opened for the client, who has been issued a guarantee of success. Canned hunts are great for folks on tight schedules or who lack energy or outdoor skills. Microchip transponder implants for game not immediately visible are available for the proprietor whose clients are on really tight schedules. And because trophies are plied with drugs, minerals, vitamins, specially processed feeds, and sometimes growth hormones, they are way bigger than anything available in the wild. Often the animals have names, and you pay in advance for the one you’d like to kill, selecting your trophy from a photo or directly from its cage. For example, Rachel, Bathsheba, Paul, John, and Matthew were pet African lions that would stroll over and lick their keepers’ hands before they were shot in Texas."
---Bertolucci analyzes 10 of his scenes
---lastly "Creep," a doll video
Labels: Notable film and media links

theoncominghope said…
Awesome set as always! Apparently I'm not the only person preoccupied with the rise and fall of Winona.

The appearance of Winona Ryder almost threw me out of The Black Swan. After seeing her in such massive turkeys as The Informers and Mr. Deeds, I was happy to see she had a decent angry role for a change.
December 28, 2010 at 4:33 PM