I have seen Tron: Legacy and my life will never be the same. 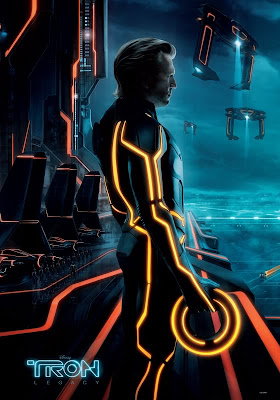 I have seen the world of Tron. 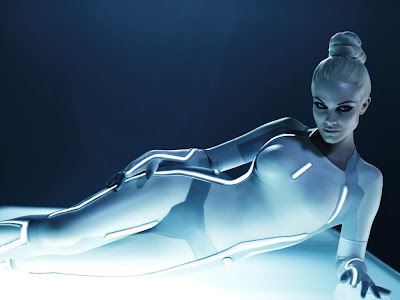 with blond women
stylized like cars
who smile mysteriously, 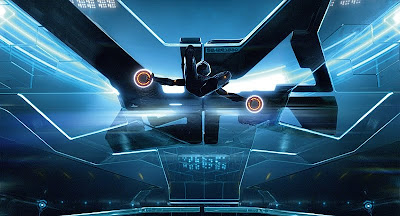 and lots of wild Disney stuff,
with streaking lights that look oh so very trippy . . . 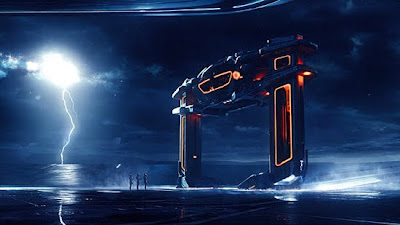 In the world of Tron, you can never see the sun,
but you do see a lot of neon. 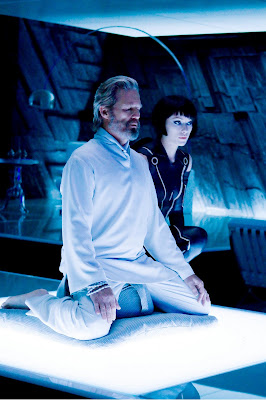 It reminds me of a bar downtown,
where the baby boomers, like Jeff Bridges, babble on about Zen
[actual quote: "You're messing with my Zen thing, man!"]
and the Disney executives strive so hard to be hip 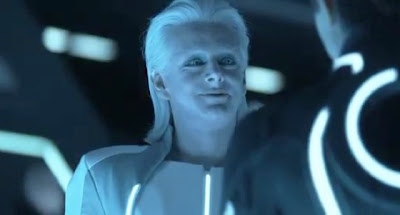 so they hire Michael Sheen to camp it up as Castor,
the David Bowie-esque cane-wielding albino Oz fellow,

and they construct a story around a young cipher, I mean,
a guy named Sam Flynn (Garett Hedlund) who just wants to ride his 'cycle
and fight whatever villains the Disney executives place in front of him. 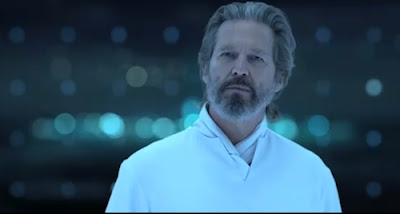 Sam has a dog,
and he misses his dad, Kevin,
a tech industry genius like Zuckerberg,
only with more facial hair
and the sad feel of the Dude selling out. 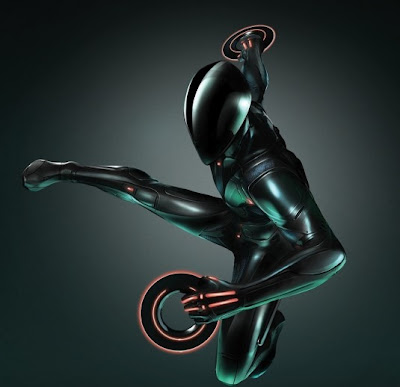 Once Sam gets into the Grid,
he fights with gladiatorial neon frisbees,
called discs, 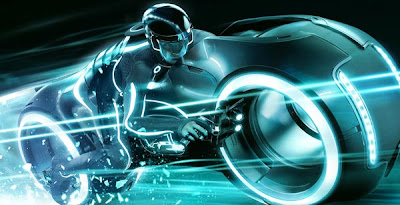 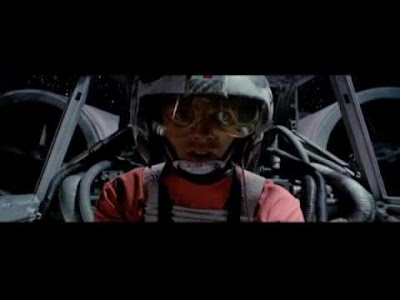 and flies in light jets with turrets (as in Star Wars).

Even more, Kevin arranges for Sam to impress a girl
much like Leeloo of The Fifth Element
or Miranda of The Tempest. Her name is Quorra.

Quorra (Olivia Wilde) is full of wonder.
She likes to lounge on Kevin's sofa after eating dinner,
and wear a pageboy brunette haircut reminiscent of 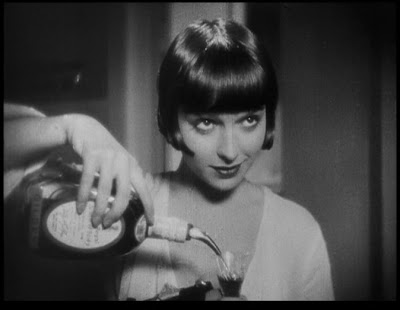 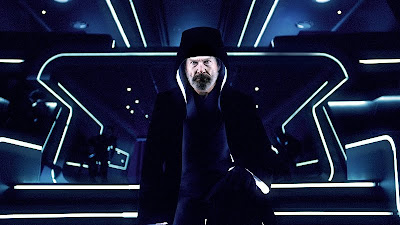 Quorra (spoiler alert) helps get Sam to the portal
before Kevin's younger fascist CGI version of himself,
Clu marshalls an army of program clones into invading earth
by giving a speech as Kevin sneaks around the compound
like Obi-Wan Kenobi in his Jedi Knight hood. 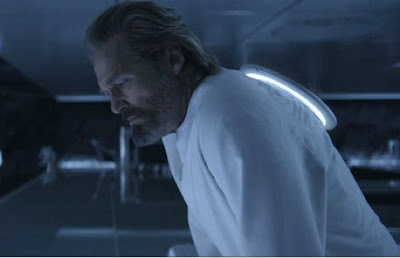 Will Clu get to download Kevin's frisbee floppy disk
full of the secrets of the universe? 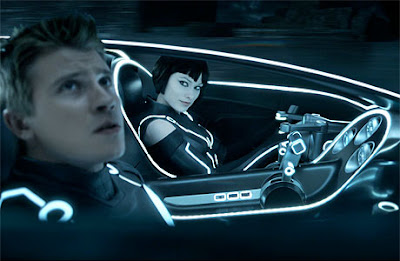 Will Sam reconcile with his dad
for hooking him up with Quorra?

Will the Disney executives make money
from their 80s nostalgia,
speeding gizmos, 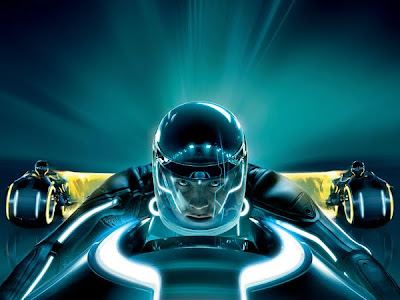 I have seen Tron: Legacy
and my life will never be the same.
Questions for review
Labels: Tron Legacy

Richard Bellamy said…
Very funny. Love the image you chose for your comment about Dad hooking Sam up with Quorra. Ah, Quorra, you have to admit ...

"You're messing with my Zen thing, man." Glad you remembered that quote. I had wanted to put it in my post but I wasn't sure I had the wording right. That was funny. Actually, I read that as Bridges showing right through the character.

I acknowledge that the movie taps into oodles of other movies. The Fifth Element, definitely.

I had wanted to say more about Sheen in my post. Your image of him reveals that he has the right kind of thin, pasty face, with its snide expression, to play a bartender. He should play bartenders from now on.

By writing such a goofy post, I think I was subconsciously trying to emulate the experience of watching the movie--nice images and inane dialogue.

What was the Dude's empathy in The Big Lebowski becomes sentimentality and ham-fisted pseudo-mysticism in Tron. Bridges would do well to stick to better directors. It seems that I read somewhere that he had issues with his packaging.

Ultimately, I found Tron an interesting reflection of corporate mindset. Sam rebels against the corporation and then embraces it. Disney can only look at the world in terms of the executive board's magisterial whims.
December 22, 2010 at 10:53 AM

Hind Mezaina said…
You are right, "The movie might've been better without words."
Didn't realise the script would have been sooooo bad.
December 29, 2010 at 11:07 AM

free movies download said…
I have not seen it yet but now after reading your post I am excited to watch it. Thanks for the nice review.
January 1, 2011 at 9:06 AM

download movies said…
I have seen this movie. Had to watch it more than once. Each time I watch it I discover something new. You did a really nice writeup on it.
April 1, 2011 at 4:04 PM