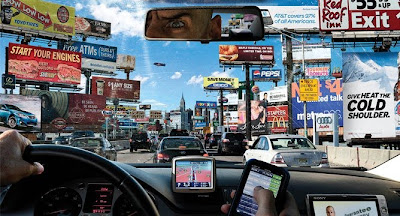 ---WikiRebels, the documentary and the first information war
---prophetic Videodrome
---Klosterman's "Why Modern Life Feels Rather Undead":
"Every zombie war is a war of attrition. It’s always a numbers game. And it’s more repetitive than complex. In other words, zombie killing is philosophically similar to reading and deleting 400 work e-mails on a Monday morning or filling out paperwork that only generates more paperwork, or following Twitter gossip out of obligation, or performing tedious tasks in which the only true risk is being consumed by the avalanche. The principal downside to any zombie attack is that the zombies will never stop coming; the principal downside to life is that you will be never be finished with whatever it is you do.The Internet reminds of us this every day.Here’s a passage from a youngish writer named Alice Gregory, taken from a recent essay on Gary Shteyngart’s dystopic novel “Super Sad True Love Story” in the literary journal n+1: “It’s hard not to think ‘death drive’ every time I go on the Internet,” she writes. “Opening Safari is an actively destructive decision. I am asking that consciousness be taken away from me.”Ms. Gregory’s self-directed fear is thematically similar to how the zombie brain is described by Max Brooks, author of the fictional oral history “World War Z” and its accompanying self-help manual, “The Zombie Survival Guide”: “Imagine a computer programmed to execute one function. This function cannot be paused, modified or erased. No new data can be stored. No new commands can be installed. This computer will perform that one function, over and over, until its power source eventually shuts down.”This is our collective fear projection: that we will be consumed. Zombies are like the Internet and the media and every conversation we don’t want to have. All of it comes at us endlessly (and thoughtlessly), and — if we surrender — we will be overtaken and absorbed. Yet this war is manageable, if not necessarily winnable. As long we keep deleting whatever’s directly in front of us, we survive. We live to eliminate the zombies of tomorrow. We are able to remain human, at least for the time being. Our enemy is relentless and colossal, but also uncreative and stupid." 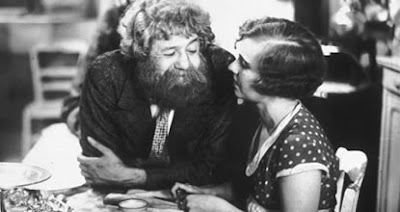 ---Richard Brody considers Renoir's Boudu Saved from Drowning
---Porky in Wackyland
---Pauline Kael's favorite film: Menilmontant
---smoking Jeff Bridges
---calculated celebrity derangement
---an ad for the Nexus S and the problems with fast food marketing
---Russian bungee cord jumping
---the world of Boing Boing
---young graduates making their own jobs
---Jaron Lanier and the "one book":
"Like Andrew Keen in “The Cult of the Amateur,” Mr. Lanier is most eloquent on how intellectual property is threatened by the economics of free Internet content, crowd dynamics and the popularity of aggregator sites. “An impenetrable tone deafness rules Silicon Valley when it comes to the idea of authorship,” he writes, recalling the Wired editor Kevin Kelly’s 2006 prediction that the mass scanning of books would one day create a universal library in which no book would be an island — in effect, one humongous text, made searchable and remixable on the Web.

“It might start to happen in the next decade or so,” Mr. Lanier writes. “Google and other companies are scanning library books into the cloud in a massive Manhattan Project of cultural digitization. What happens next is what’s important. If the books in the cloud are accessed via user interfaces that encourage mashups of fragments that obscure the context and authorship of each fragment, there will be only one book. This is what happens today with a lot of content; often you don’t know where a quoted fragment from a news story came from, who wrote a comment, or who shot a video.”

While this development might sound like a good thing for consumers — so much free stuff! — it makes it difficult for people to discern the source, point of view and spin factor of any particular fragment they happen across on the Web, while at the same time encouraging content producers, in Mr. Lanier’s words, “to treat the fruits of their intellects and imaginations as fragments to be given without pay to the hive mind.” A few lucky people, he notes, can benefit from the configuration of the new system, spinning their lives into “still-novel marketing” narratives, as in the case, say, of Diablo Cody, “who worked as a stripper, can blog and receive enough attention to get a book contract, and then have the opportunity to have her script made into a movie — in this case, the widely acclaimed ‘Juno.’ ” He fears, however, that “the vast majority of journalists, musicians, artists and filmmakers” are “staring into career oblivion because of our failed digital idealism.”

In other passages in this provocative and sure-to-be-controversial book he goes even further, suggesting that “pop culture has entered into a nostalgic malaise,” that “online culture is dominated by trivial mashups of the culture that existed before the onset of mashups, and by fandom responding to the dwindling outposts of centralized mass media.”

Online culture, he goes on, “is a culture of reaction without action” and rationalizations that “we were entering a transitional lull before a creative storm” are just that — rationalizations. “The sad truth,” he concludes, “is that we were not passing through a momentary lull before a storm. We had instead entered a persistent somnolence, and I have come to believe that we will only escape it when we kill the hive.” 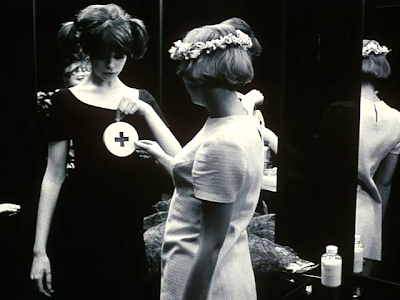 ---The Cabinet of Dr. Caligari

"We are now living in a global state that has been structured for the benefit of non-human entities with non-human goals. They have enormous media reach, which they use to distract attention from threats to their own survival. They also have an enormous ability to support litigation against public participation, except in the very limited circumstances where such action is forbidden. Individual atomized humans are thus either co-opted by these entities (you can live very nicely as a CEO or a politician, as long as you don't bite the feeding hand) or steamrollered if they try to resist.

In short, we are living in the aftermath of an alien invasion."
Labels: hive mind Notable film and media links wikileaks