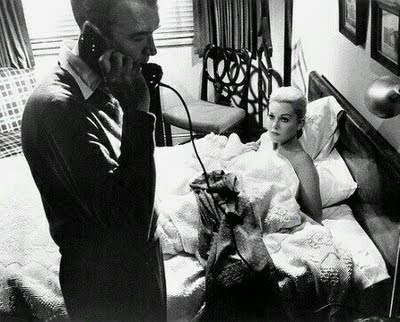 ---Hans Rosling's 200 year data visualization
---25 opening credit sequences
---the Somewhere featurette
---Robert Cumbow revisits Vertigo:
"Vertigo is without question the epitome of the “second chance” film. A plot-type rather than a genre, the “second chance” film spans all genres. The second half of the 1933 King Kong repeats on Manhattan Island, more or less in reverse, the events and imagery of its first half on Skull Island, giving Kong the opportunity to undo the ignominy of his capture, to recover the lost Ann Darrow and re-establish his kingship. The Wild Bunch concerns itself with, among other things, a second chance for a coterie of aging outlaws to even off past mistakes and finally “do it right.” In Chinatown, detective Jake Gittes (a cinematic son of Scotty Ferguson) confesses that when he used to work for the D.A. in Chinatown, he had a case in which he was supposed to keep someone from getting hurt and ended up making sure that she was hurt; and it’s clear that he regards the events of the film as his opportunity to redress that guilt and get it right this time. Thus, the “second chance” motif cuts across genres—horror, western, noir—and establishes itself as one of the fundamental story patterns. Other examples include Capra’s It’s a Wonderful Life, Brian DePalma’sVertigo pastiche Obsession, Femme Fatale, DePalma’s entry in the 1990s sub-sub-genre of “keep trying until you get right” films (Groundhog Day, Run Lola Run, Sliding Doors), and Ben Affleck’s Gone Baby Gone."
---Self-Styled Siren interview
---stopping the world
---anatomy of a stoning
---6 environmental short films
---the best new blogs of 2010
---Battle: Los Angeles trailer
---design trends of movie posters 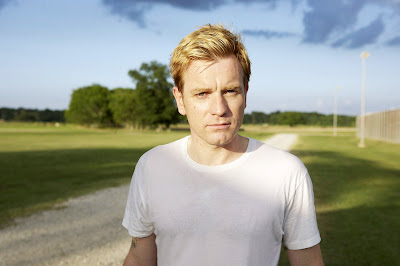 ---I Love You Phillip Morris trailer
---Daniel Akst's "America: Land of the Loners?":
"Science-fiction writers make the best seers. In the late 1950s far-sighted Isaac Asimov imagined a sunny planet called Solaria, on which a scant 20,000 humans dwelt on far-flung estates and visited one another only virtually, by materializing as “trimensional images”—avatars, in other words. “They live completely apart,” a helpful robot explained to a visiting earthling, “and never see one another except under the most extraordinary circumstances.”
We have not, of course, turned into Solarians here on earth, strictly limiting our numbers and shunning our fellow humans in revulsion. Yet it’s hard not to see some Solarian parallels in modern life. Since Asimov wrote The Naked Sun, Americans have been engaged in wholesale flight from one another, decamping for suburbs and Sunbelt, splintering into ever smaller households, and conducting more and more of their relationships online, where avatars flourish. The churn rate of domestic relations is especially remarkable, and has rendered family life in the United States uniquely unstable. “No other comparable nation,” the sociologist Andrew J. Cherlin observes, “has such a high level of multiple marital and cohabiting unions.”
---Joseph Kosinski and Tron
---Gabriella Coleman's "The Anthropology of Hackers":
"Many hackers express some degree of ambivalence over the politics of hacking asPatrice Riemens has argued and as hackers themselves have raised. This is not the case with a small but well organized cadre of hackers located primarily in Latin America, Europe, andNorth America who have charted collectives, many of them influenced by the political philosophy of anarchism. To grapple with anarchism as a political philosophy (which, similar to hacking, is plagued with a parade of misconceptions), we turn to David Graeber's fantastic pamphlet, Fragments of an Anarchist Anthropology. We also read Jeff Juris's ethnographic work about technology activists during the counter-globalization era Networking Futures."
---Eat, Pray, Sell Italian Coffee 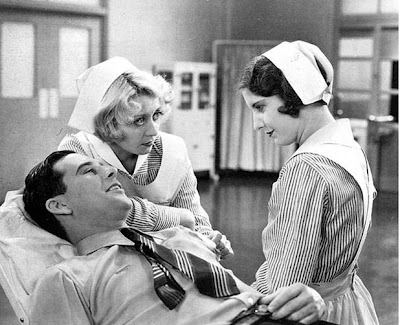 ---Imogen Smith celebrates Pre-Code cinema:
"The appeal of pre-Code movies lies not in sex, violence or vulgarity (there’s more than enough of those in the infinitely more explicit cinema of the last forty years) but in their attitude, which conveyed the pessimism and irreverence of their time. Radical cultural changes in the wake of World War I, the farce of Prohibition, the 1929 stock-market crash and the Great Depression combined to create a pervasive disillusionment and loss of respect for authority and traditional values. With rapid changes in fashion and technology, violent upheavals in economic and political conditions, society was wide open, hectically elated in the twenties, confused and frightened in the thirties. For a few years the lack of rigorous censorship allowed movies to channel the mood of the country and to capture society warts and all. They depicted adultery, divorce, rape, prostitution and homosexuality; bluntly portrayed alcoholism and drug addiction, glorified gangsters, con artists and fallen women. With a distinctive blend of cynicism and exuberance, they offered escapist entertainment but also bitter and sometimes radical visions of a society on the verge of breakdown. Oscar Levant famously quipped that he knew Doris Day before she was a virgin; Hollywood too was grown up before it was innocent."
---lastly Scocca's interview with David Foster Wallace:
"Q: Besides Conroy, are there any nonfiction writers who inspired your work, or—?
Labels: Notable film and media links

Simon said…
I wonder why the Dawn of the Dead remake wasn't included in the Best Openings...it's kind of brilliant. But that's just me, maybe.
December 4, 2010 at 9:40 PM