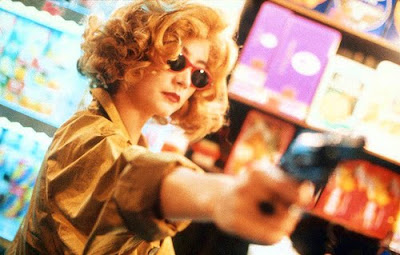 ---truthful summer posters
---Adam Curtis considers "sharing of emotions online" the "Soviet realism of our age":
"[Curtis] quotes Carmen Hermosillo, a West Coast geek and early adopter of online chatrooms who in 1994 argued that, although the internet is a wonderful thing, your emotions become commodified. "It is fashionable to suggest that cyberspace is some island of the blessed where people are free to indulge and express their individuality," she wrote. "This is not true. I have seen many people spill out their emotions – their guts – online and I did so myself until I began to see that I had commodified myself." Says Curtis, "On Facebook and Twitter, you are performing to attract people – you are dancing emotionally, on a platform created by a large corporation. People's feelings bounce back and forth – happy Stakhanovites, ignoring and denying the system of power. It's like Stalin's socialist realism. Both Twitter and socialist realism are innocent expressions of the ideology of the time, which don't pull back and show the wider thing they are part of.We look back on socialist realism not as innocent but as a dramatic expression of power; it expresses the superiority of the state, which was the guiding belief at the time.I think sometime in the future people will look back at the millions and millions of descriptions of personal feelings on the internet and see them in similar ways. This is the driving belief of our time: that 'me' and what I feel minute by minute is the natural centre of the world. Far from revealing that this is an ideology – and that there are other ways of looking at human society – what Twitter and Facebook do is reinforce the feeling that this is the natural way to be."
---"Astonish us"--Pauline Kael
---a Wes Anderson montage
---the prison-industrial complex is . . .
---the top posts of The Dancing Image
---some of Woody Allen's favorite books:
"Salinger’s protagonist is driven mad by the ugliness in life. What drives you nuts? The human predicament: the fact that we’re living in a nightmare that everyone is making excuses for and having to find ways to sugarcoat. And the fact that life, at its best, is a pretty horrible proposition. But people’s behavior makes it much, much worse than it has to be."
---Auerback notes the great global growth slowdown
---Kubrick: a Filmography
---100 years of British film 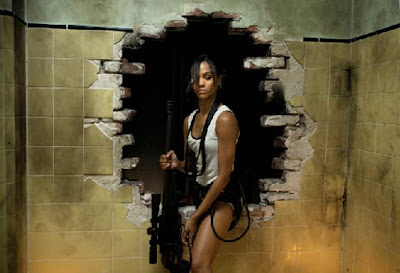 ---Melanie Lynskey remembers Heavenly Creatures
---"Apocalypse: What Disasters Reveal" by Junot Diaz:
"I cannot contemplate the apocalypse of Haiti without asking the question: where is this all leading? Where are the patterns and forces that we have set in motion in our world—the patterns and forces that made Haiti’s devastation not only possible but inevitable—delivering us? To what end, to what future, to what fate?The answer seems to me both obvious and chilling. I suspect that once we have finished ransacking our planet’s resources, once we have pushed a couple thousand more species into extinction and exhausted the water table and poisoned everything in sight and exacerbated the atmospheric warming that will finish off the icecaps and drown out our coastlines, once our market operations have parsed the world into the extremes of ultra-rich and not-quite-dead, once the famished billions that our economic systems left behind have in their insatiable hunger finished stripping the biosphere clean, what we will be left with will be a stricken, forlorn desolation, a future out of a sci-fi fever dream where the super-rich will live in walled-up plantations of impossible privilege and the rest of us will wallow in unimaginable extremity, staggering around the waste and being picked off by the hundreds of thousands by “natural disasters”—by “acts of god.”
Sounds familiar, don't it?"
---Christian Keathley analyzes a scene in Anatomy of a Murder
---Eli Pariser and the online filter bubbles
---Repo Games
---Brody explores the Wes Anderson/French New Wave connection

---trailers for Colombiana, Page One, and Martha Marcy May Marlene
---Evans' "The Lost Roles of Ghostbusters"
---Marion's smirk in Psycho:
"Screenwriter Joseph Stefano, adapting Robert Bloch’s novel, employs an odd device here that I can’t recall encountering in any other film: Marion imagines conversations that haven’t happened yet, predicting how her boss, her sister, and the oilman whose cash she swiped will react when she doesn’t show up for work on Monday. (You see this kind of hypothetical flash-forward from time to time, but this is the only instance I know of that confines it to voiceover.) It’s an elegant solution to one of cinema’s more intractable problems: how to convey what a character is thinking when he or she’s entirely alone. What’s more, it’s exactly the sort of useless speculation in which we all indulge at times of great stress—in effect, we become screenwriters (or perhaps playwrights) ourselves, inventing plausible dialogue for the people in our lives, anticipating their behavior. The sense of accumulating guilt and anxiety is palpable.
Hitchcock, of course, makes it even more palpable by gradually darkening the sky, brightening the headlights (both oncoming and from the rear), and turning on the waterworks. But most of the sequence consists of Janet Leigh looking straight into the camera in medium close-up, in an extraordinary sort of quasi-non-performance. Back in 1998, arguing with people about the differences between the original film and Van Sant’s remake, I maintained that Leigh (unlike Anne Heche, who plays Marion in the ’98 version) all but empties her face of emotion here, thereby allowing us to project our own feelings onto the deliberate blankness. Looking at it now, I see that that’s not really true. Leigh bites her lip, furrows her brow, and at one point assumes an expression so bizarre that it gets its own paragraph below. She’s definitely acting. And yet there’s something mesmerizingly iconic about this series of close-ups that didn’t translate at all when Van Sant attempted to recreate it with Heche."
---Little Richard and Jimi Hendrix(?) on American Bandstand (1965)
---Liquid Atmospherics: Wong Kar-wai-related links by Catherine Grant (@filmstudiesff)
---lastly, Ed Howard and Jason Bellamy converse about the work of Wong Kar-wai
Labels: Notable film and media links