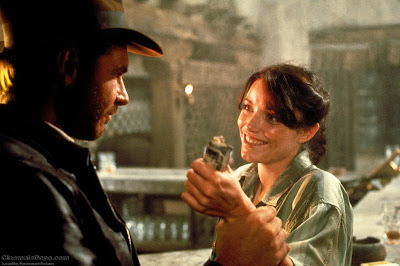 ---Harold Lloyd TV interview in 1962
---Apocalypse Now storyboards
---how to create a Hitchcockian opening
---laws of motion in a cartoon landscape
---Andrew considers contemporary cinephilia:
"At the very least, I do believe that 21st-century cinephilia meets Neil’s broad type of “church” expectation, and it’s refreshing to see marginalized or otherwise ignored cinema given the consideration and distribution traditionally reserved only for those in the canon. Yet there are times I can’t help but wonder if there isn’t a downside to this immediate access to everything, or if those concerns are clearly just a sign of my age. Something Frances wrote has been turning in my head all day – “The obsession that drives fandom is not so different from that which drives cinephilia – to commit to either requires passion, amassed knowledge, long hours spent in an alternate world.” While there are no shortcuts when it comes to the time required to watch a film, I feel that there’s something lost when one can, with the greatest of ease, amass the collected works of a given director in an afternoon. For years, Jacques Rivette’s Out 1 was a holy grail for many; a nearly impossible film to see. Last year, I watched it on my iPhone while riding on the New York City subway; an act that was wrong on many levels.Access alone isn’t a threat to cinephilia, but perhaps oversaturation, overexposure and increased temptation precludes specialization? Might not the way (or rate) at which we consume media affect our ability to adequately reflect on it? This of course raises the whole “slow criticism” argument, but perhaps that’s best saved for another time…"
---Film on Paper
---3000 back issues of Boxoffice Magazine
---Leon Neyfakh's "Our Data Ourselves" 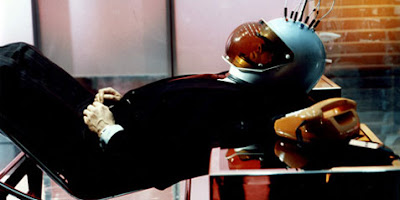 ---how Fox sells fear by Tim Dickinson:
"To watch even a day of Fox News – the anger, the bombast, the virulent paranoid streak, the unending appeals to white resentment, the reporting that’s held to the same standard of evidence as a late-­October attack ad – is to see a refraction of its founder, one of the most skilled and fearsome operatives in the history of the Republican Party. As a political consultant, Ailes repackaged Richard Nixon for television in 1968, papered over Ronald Reagan’s budding Alzheimer’s in 1984, shamelessly stoked racial fears to elect George H.W. Bush in 1988, and waged a secret campaign on behalf of Big Tobacco to derail health care reform in 1993. "He was the premier guy in the business," says former Reagan campaign manager Ed Rollins. "He was our Michelangelo."
---MetaFilter links to all things Mulholland Drive related
---slightly NSFW outtakes from Bridesmaids demonstrates their comedic techniques
---awesome people hanging out together
---Smith's "The Blog as Mask and Gravestone":
"But here is the thought that makes death formidable again: it is the moment after which I will never post to my blog again, after which I will never write another Facebook status update, I will never again tweet. My soul cries out: “But I can’t live without doing these things!” And death answers back: “No. But you can die.”This is to say that my life is wrapped up with an activity from which I will have to leave off at death. But it is also the activity, I am increasingly coming to think, of actively constructing my self, and this activity, when it leaves off in death, will leave an accurate and vivid trace of a life. My online activity is, as I already put it, both mask and gravestone at once.This may not be an entirely different experience than the one Robert Burton had when he brought out the fourth and fifth and sixth editions of The Anatomy of Melancholy. But the immediacy of blogging, and its lack of finality, make it much more like life itself than a book ever could be, with the backlogged publishers who promise it and the slow-churning presses that produce it. There is no publisher to blame if my blog is not sufficiently far along in its perfection at the moment of my death, no editorial wrangling or grinding production process. There is only me, and what I hope might be a mirror of me, diffused then through the Web of my culture by means I don’t understand: a mirror of me mirroring the world by sitting in a chair and looking at a screen and, every now and again, out the window."
---can data save the studios? 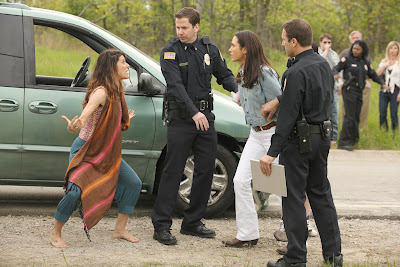 ---Bellamy and Edward converse about the films of Terrence Malick
---trailers for Salvation Boulevard, Film Socialisme, World on a Wire, and A Clockwork Orange
---Prikryl's "The Genius of Buster" Keaton
---Cathy Davidson on the technology-affecting-our-brains debate:
"Here are two facts: (1) we now know from the new science of attention and the most recent findings in neuroscience that our brain is not, as was previously thought, an inheritance that comes with all of its components fixed and certain; the brain is a learning organism and that means it is constantly changed by its environment, but what it experiences, and by its interactions. But (2) except in B-horror movies ("The Brain that Wouldn't Die" or "The Brain from Planet Arous" and so forth), the brain doesn't power itself and it doesn't power us. The brain R us. That is, what we experience our brain experiences. If we give it a steady diet of junk food or alcohol or Ritalin, it changes. If we give it a steady stream of "Jersey Shore," that's what it learns. If we give it a steady diet of item-response multiple choice testing (the ridiculous form of testing which, we know, does nothing except prepare students to do well on that particular form of testing), it learns how to think like those tests. If we inspire ourselves to curiosity, expose ourselves to challenges and then succeed and reinforce our ability to take challenges, our brain learns how to extrapolate from challenges. And if we spend all day on line doing idiotic things, then, well, that is what we learn how to do well---spending all day on line doing idiotic things. We are what we do. Our brain is what it does.

But that's not about technology, it's about humanity. Between the human brain and the computer screen, comes us, our will, our desires, our habits, our training, our work, our incentives, our motivations, our culture, our society, our institutions, all of the things that make us human. It's NOT the Technology, Stupid! It is about what we--you and I--do with the technology. It always has been, it always will be."

The Film Doctor said…
Thanks, Castor. I pieced this one together while eating at a pancake house (with free wifi) near Surfside Beach.
May 31, 2011 at 9:42 AM