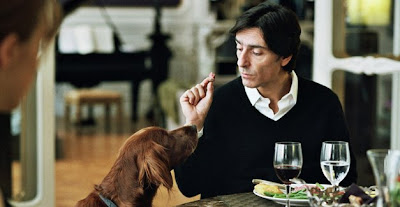 ---"the whole world is an internet startup now"
---the evils of like:
"Like" culture is antithetical to the concept of self-esteem, which a healthy individual should be developing from the inside out rather than from the outside in. Instead, we are shaped by our stats, which include not just "likes" but the number of comments generated in response to what we write and the number of friends or followers we have. I've seen rock stars agonize over the fact that another artist has far more Facebook "likes" and Twitter followers than they do.Because it's so easy to medicate our need for self-worth by pandering to win followers, "likes" and view counts, social media have become the métier of choice for many people who might otherwise channel that energy into books, music or art—or even into their own Web ventures.The same is true of the productivity of already established writers and artists. I was recently on a radio show with an author who, the interviewer said, had tweeted, on average, every 20 minutes for the past two years. Yet, despite all the time and effort spent amassing and catering to followers, as soon as a social network falls out of use, like MySpace, all that work collapses like a castle built of sand.The psychoanalyst Erich Fromm presciently wrote over 60 years ago that man has "constructed a complicated social machine to administer the technical machine he built…. The more powerful and gigantic the forces are which he unleashes, the more powerless he feels himself as a human being. He is owned by his creations, and has lost ownership of himself." 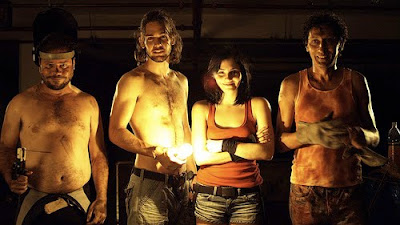 ---Do It Yourself: the story of Rough Trade
---Meis considers the intentional boredom of Wallace's The Pale King:
"these realest, most profound parts of me involved not drives or appetites but simple attention, awareness, if only I could stay awake off speed."
---behind the scenes of Roeg's Don't Look Now
---trailers for Rapt, Amigo, Restless, Juan of the Dead, Salvation Boulevard, and Mysteries of Lisbon
---Kinney's rise and fall of underground comics
---Peter Jackson's 2nd Hobbit video
---Robert Altman's California Split, and H.E.A.L.T.H.
---Benjamin Sampson's visual study of A.I.
---Joshua Bryce Newman wonders about the hacker/filmmaker connection as Angela Foster imagines what one can do with a degree in film studies as Michael Cieply looks at the jobs picture 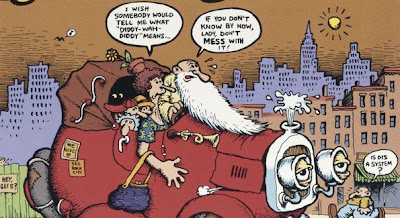 ---Craig of @DarkEyeSocket appreciates the work of Michael Shannon
---Manohla Dargis on the limits of what we see on screen
---Douglas Trumbull's special effects
---Steve Neave likes Rocky
---augmented reality
---Miedzian's "Blaming Women for the Infantilization of Men"
---when Sheryl Sandberg joined Facebook:
"Last December, Sandberg spoke at the TEDWomen conference. Her black hair framed her angular face and reached her shoulders. She looked a bit like the actress Patricia Neal when she was young. Sandberg began by celebrating the progress women have made: “For any of us in this room today, let’s start out by admitting we’re lucky. We don’t live in the world our mothers lived in, our grandmothers lived in, where career choices for women were so limited.” More women than men graduate from college and graduate school, and receive doctoral degrees. Yet, she went on, “women are not making it to the top. A hundred and ninety heads of state; nine are women. Of all the people in parliament in the world, thirteen per cent are women. In the corporate sector, women at the top—C-level jobs, board seats—tops out at fifteen, sixteen per cent.”To solve this problem, she proposed doing three things. First, she said, women need to “sit at the table.” She said that fifty-seven per cent of men entering the workforce negotiate their salaries, but that only seven per cent of women do likewise. Second, at home, “make sure your partner is a real partner.” On average, she said, women do two-thirds of the housework and three-fourths of the child care. And, finally, “don’t leave before you leave.” When a woman starts thinking of having children, “she doesn’t raise her hand anymore. . . . She starts leaning back.” In other words, if women don’t get the job they want before they take a break to have children, they often don’t come back. 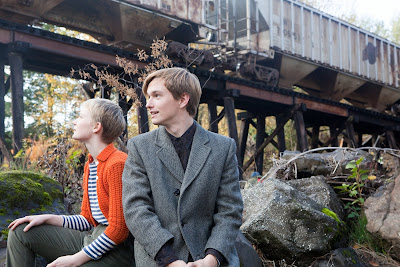 Before speaking at TED, Sandberg sent a draft of her speech to Gloria Steinem, who is a friend. Steinem described it to me as “terrific,” a “summary of what we both want—a world where half of homes are run by men, especially raising children, and half our institutions are run by women, especially armies.”
---discussing Cowboys & Aliens
---lastly, Steven Santos looks at Terminator 2: Judgment Day
Labels: Notable film and media links

JeanRZEJ said…
The terrifying emptiness of the 'like' is a plague, for sure. Rottentomatoes raises the barometer of 'like' to law. I don't want to like a film in the same way I like the sensation of scratching an itch, I want to love a film so much that I would pay for my ticket in buckets of my own blood - and I'm frugal, I don't just go giving out buckets of blood on a whim. I would be fine if they raised the tomatometer to a certain level of blood donation - and required them to follow through. As it is, though, this sort of thing merely ensures a shallow, easy promotion of shallow, easily enjoyable fare which offers few rewards which everyone readily reaps. It's puppy love, perfect for a culture of people who fear the commitment required to engage in a fulfilling relationship, either to film or to another human. It's nothing new, of course, but the advertising has gotten more compelling.
July 11, 2011 at 1:41 AM

The Film Doctor said…
Thanks for your thoughts, JeanRZEJ,

I also dislike the way Facebook encourages an atmosphere of bland, Disneyesque, safe self-approval where everyone is encouraged and kind, no matter what kind of ghastly treacle they are dispensing in the midst of their bid for attention. Since it encourages acceptance of mediocrity, "Like" negates the whole point of criticism, which should be a medium through which one conveys one's recognition of quality or one's despair over crap. Where is there room for a howl of fury on Facebook?
July 11, 2011 at 10:45 AM

JeanRZEJ said…
'Since it encourages acceptance of mediocrity, "Like" negates the whole point of criticism, which should be a medium through which one conveys one's recognition of quality or one's despair over crap. Where is there room for a howl of fury on Facebook?'

I don't think despair over crap has any place in criticism. It's just a variant of 'like' to me, that being a like so empty that it becomes 'dislike'. As for facebook, I like to think that my silence is deafening, even though the truth is that I only use it as an address book and never check it. Deafening silence, though - that is the answer. Really, though, if people want to do all sorts of silly shenanigans on facebook I have no problem with it. I do silly shenanigans in real life. It's all about balance.
July 12, 2011 at 12:21 AM

The Film Doctor said…
True. Facebook has its good points, but the aesthetic control of The Social Network suits me much better.
July 12, 2011 at 7:59 AM

JeanRZEJ said…
I surely wouldn't elevate that film over many facebook conversations. You obviously need wittier friends! Maybe it's because my friends are actually still young, so the comparison to Facebook Movie makes them look startlingly youthful, alive, and spontaneous, I guess. The Asphyxiated Social Network of Vanity. I stick with the Germans for aesthetically controlled portrayals of what seem to be actual human young adults. But, then, they tend to make me want to have frivolous conversations with anyone just to break free of the stultifying awkwardness of a cultureless culture, so I can't escape the cycle. But those conversations tend to happen in real life... and then the people who nobody wants to listen to try their soapbox on facebook. Would you expect more interesting thoughts in a 155 character tweet or in 12 paragraphs? That's why you blog, not tweet, I imagine! Same with facebook status updates. Through an old friend's facebook I found a link to a blog post that was amazing and beautiful, very touching. Never made it to a status update, not unexpectedly. It's not the people, necessarily, but it is necessarily the forum.
July 13, 2011 at 11:29 PM