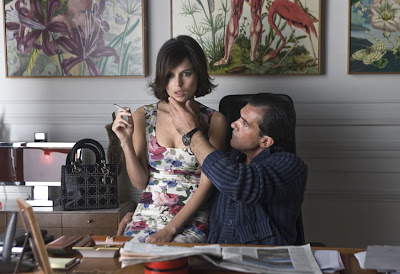 ---base jump from the Hotel Bali elevator
---Disney masculinity
---Jay-Z's marketing
---12 laws designed to block Occupy Wall Street protests and "How can you occupy an abstraction?"
---Salman Rushdie visits Occupy Wall Street and Willie and Annie Nelson chime in. Also, Jesse LaGreca meets Fox News.
---Mike Judge and the genesis of Beavis and Butthead
---Tiffany Shlain and our addiction to social technology
---Dargis and Scott discuss the authority of Pauline Kael
---"In the past 30 years, 96% of the growth of average incomes in this country have gone to the richest 10% of the country. And in the past 10 years, the incomes of the other 90% have declined."
---poet Charles Simic keeps a little notebook:
"Who described a book as an autoerotic classic? Who said: Our blindness prevents us from seeing our madness? Who made the observation that all donkeys look sad? Spoke of poetry’s hideous imprisonment in language? Called the United Sates an empire in a search of a graveyard? Described someone as a eulogist of torture? Likened our political system to a bordello, where our elected officials parade naked before an audience of seated generals, fundamentalist preachers and bankers? Who said: The eye knows things the mouth cannot say?
I have no idea."
---Shame trailer
---7 disruptive innovations and the 7 biggest economic lies
---"It's lonely in the modern world."
---Fincher's digital nostalgia by Todd Kushigemachi
---Tim Burton's Vincent
---behind the scenes of The Skin I Live In 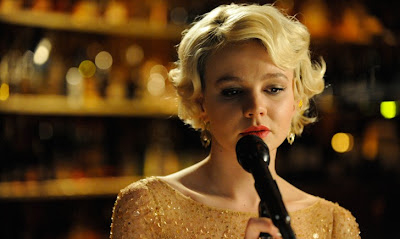 ---the fun of editing The Tree of Life:
"Yoshikawa observes that while the director has a very deep understanding of the technology of film, he prefers to speak in metaphors. `Terry isn’t the kind of guy who would ever give a direction like, ‘Cut ten frames from this shot.’ He’d rather say something like, ‘Make this scene feel more like a fleeting thought.’"
---Morozov critiques Jeff Jarvis' Public Parts:
"WERE IT JUST an isolated case of hyperventilating cyber-punditry, there would be few reasons to fret too much about Private Parts.
But the oracular Jarvis plays a consequential role in shaping how we see, design, and regulate the Internet. (Anyone doubting his influence should watch a YouTube clip of him hectoring Nicolas Sarkozy about Internet policy at a recent VIP gathering in Paris.) He is in some ways the personification of the Internet intellectual.Like most Internet intellectuals, Jarvis is the Technology Man—the successor to the History Man of Bradbury’s novel. While the fictional Howard Kirk turned to Hegelianism and Marxism (of the most vulgar variety) to explain everything in terms of the grand and inexorable march of history, Jarvis has another reference point, another sacred telos: the equally grand and equally inexorable march of the Internet, which in his view is a technology that generates its own norms, its own laws, its own people. (He likes to speak of “us, people of the Net.”) For the Technology Man, the Internet is the glue that holds our globalized world together and the divine numen that fills it with meaning. If you thought that ethnocentrism was bad, brace yourself for Internet-centrism.
Does this mean that we should banish the Internet—and technology—from our account of how the world works? Of course not. Material artifacts—and especially the products of their interplay with humans, ideas, and other artifacts—are rarely given the thoughtful attention that they deserve. But the mere presence of such technological artifacts in a given setting does not make that setting reducible to purely technological explanations. “Seeing” the Internet’s invisible hand everywhere is a sure way to lose one’s intellectual bearings. So is opting for unsophisticated Internet-centric explanations simply because they are lucrative, or likely to be celebrated by the technophilic crowd. The global reach of the Internet is no excuse to adopt its standpoint as a universal explanation: this globalism is crassly provincial, and lazy thinking.
Why worry about the growing dominance of such digitalism? The reason should be obvious. As Internet-driven explanations crowd out everything else, our entire vocabulary is being re-defined. Collaboration is re-interpreted through the prism of Wikipedia; communication, through the prism of social networking; democratic participation, through the prism of crowd-sourcing; cosmopolitanism, through the prism of reading the blogs of exotic `others'; political upheaval, through the prism of the so-called Twitter revolutions. Even the persecution of dissidents is now seen as an extension of online censorship (rather than the other way around). A recent headline on the blog of the Harvard-based Herdictproject—it tracks Internet censorship worldwide—announces that, in Mexico and Morocco, `Online Censorship Goes Offline.' Were activists and dissidents never harassed before Twitter and Facebook?"
---and, to be fair, Jarvis' response 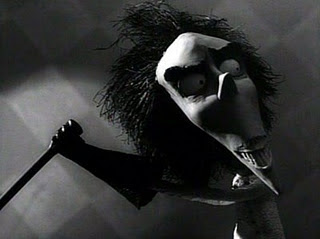 ---the story of Elizabeth Warren:
"The question is, Do we have a different vision of what we can do? This agency is out here in a sense to try to hold accountable a financial-services industry that ran wild, that brought our economy to the edge of collapse,” she said. “There’s been such a sense that there’s one set of rules for trillion-dollar financial institutions and a different set for all the rest of us. It’s so pervasive that it’s not even hidden.”
---50 best food-on-film moments
---lastly, The Economist keeps it cheerful with "Things could actually get a lot worse":
"We should keep the Depression foremost in our minds. When systematic policy error results in low demand, it's as likely that the error will be sustained or compounded as it is to be rectified. In such cases, every bottom is ephemeral, and there is no darkness that can't grow darker still."
Labels: Notable film and media links Occupy Wall Street