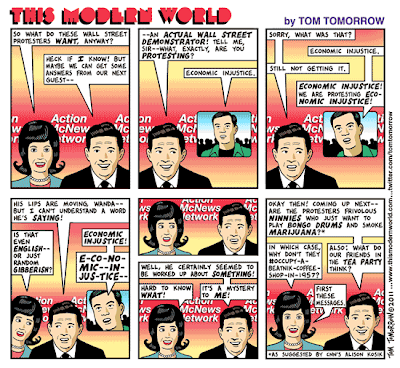 ---Scarlett Johansson's version of "For relaxing times, make it Suntory time"
---I Met the Walrus
---The Celluloid Closet
---Diane Keaton remembers her early career:
"But of course it wasn’t until I got the part of Kay Corleone in The Godfather that things really began to change. Here’s what I can’t forget about that first Godfather: Dick Smith, the Academy Award–winning makeup artist, and Al Pacino. It was Dick Smith’s idea to stick a ten-pound blonde wig on my head, where it sat throughout the entire movie like a ton of bricks. I hated that wig. I didn’t have a clue why I was cast as an elegant WASP.

Al Pacino and I were told to get to know each other before we auditioned for the movie. I met him at O’Neals’ bar near Lincoln Center. He had just been named the Most Promising New Broadway Actor in Does a Tiger Wear a Necktie? I was nervous. He seemed nervous too. I don’t remember talking about the script. I remember his killer Roman nose sitting in the middle of what remains a remarkable face. It was too bad he wasn’t available, but neither was I.

Oddly enough, it was after The Godfather that my working relationship with Woody really took off. He directed me for the first time in 1973 in Sleeper, and it was a piece of cake until the day Woody decided he wasn’t happy with a scene we were about to shoot. He went into his trailer and came out a half hour later with a new script. His character had become Blanche DuBois from A Streetcar Named Desire, and mine was Marlon Brando’s Stanley Kowalski. Marlon Brando? Besides being introduced to Mr. Brando at the reading of The Godfather, the only encounter we shared was when he passed me on the set and said, `Nice tits.' That wasn’t going to help. Then I remembered On the Waterfront and the line `I coulda been a contender. I coulda been somebody, instead of a bum, which is what I am.' I repeated it over and over before starting to memorize the lines. In the end Woody and I performed our Streetcar parody. But the memory of Terry Malloy’s `I coulda been somebody' is what remains."
---"David Fincher, Rooney Mara, and that Creepy Vogue profile" by Anne Helen Petersen
---"I'm not very interested in people."--Joan Didion 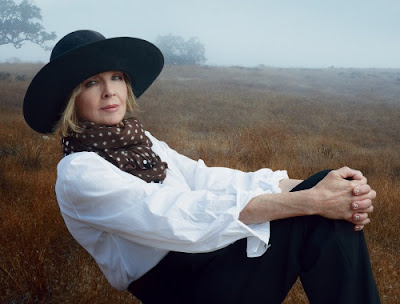 ---Jay Smooth and Mike David consider the Occupy Wall Street movement:
"Bankers, recently interviewed in the New York Times, claim to find the Occupy protests little more than a nuisance arising from an unsophisticated understanding of the financial sector. They should be more careful. Indeed, they should probably quake before the image of the tumbrel.
Since 1987, African Americans have lost more than half of their net worth; Latinos, an incredible two-thirds. Five-and-a-half million manufacturing jobs have been lost in the United Sates since 2000, more than 42,000 factories closed, and an entire generation of college graduates now face the highest rate of downward mobility in American history.

Wreck the American dream and the common people will put on you some serious hurt. Or as Nada explains to his unwary assailants in Carpenter’s great film: `I have come here to chew bubblegum and kick ass…. and I’m all out of bubblegum.'"
---Jotly, the ultimate app
---Facebook holding records of deleted data "like the KGB"
---like an outtake from Something Wild, Demme's End the War, Tax the Rich, We're the 99%, Occupy Wall Street
---14 Fox News brainwashing techniques
---Generation X Agonistes
---Nathan Heller celebrates Pauline Kael:
"George Roy Hill, who had been at pains to shoot the movie outdoors, read her last line and wrote her a letter. `Listen, you miserable bitch,' he began, `you’ve got every right in the world to air your likes and dislikes, but you got no goddam right at all to fake, at my expense, a phony technical knowledge you simply don’t have.' To say that Kael enjoyed the note more than she’d liked the movie conveys the state of her critical armor at that time."
---another reason to visit McDonald's: in-house propaganda
---trailers for Alps, Black Gold, In the Land of Blood and Honey, Take Shelter, and The Flowers of War 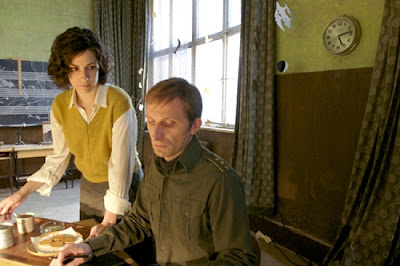 tom hyland said…
Thanks for the wonderful links in this post - as well as many previous ones.

I am now quite delighted to learn the George Roy Hill once called Pauline Kael "a miserable bitch."
October 22, 2011 at 7:07 PM

The Film Doctor said…
Thanks, Tom. Just the letters of angry filmmakers would make for a great collection of Pauline Kael-related materials. I've been enjoying the current renewed interest in her work. As film critics go, she is the coolest.
October 23, 2011 at 5:25 AM