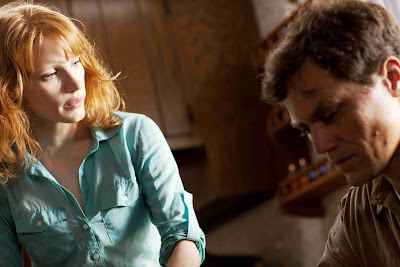 ---"The collapse is coming . . . and Goldman rules the world."
---Nirvana live at The Paramount 1991
---Diane Keaton under a hat
---"the cloud never forgets a face"
---overcoming reactionary workflow
---Greenwald wonders about the media reaction to the protests:
"In sum, there is a sprawling apparatus of federal and local militarized police forces and private corporate security designed to send this message: if you participate in protests or other forms of dissent outside of harmless approved channels, you’re going to be harmed in numerous ways."
---"frictionless sharing is silent total surveillance" and "Facebook's Eerie Goal: Why Timeline Changes Everything":
"Facebook is already using face recognition technology, and its privacy policy is longer than the US Constitution. If I continue to use its newest sharing features, Facebook will eventually have access to my diet, my exercise habits, my love life, my family life, my media consumption and every place I’ve publicly been. Best of all: this wonderful information will finally be at the fingertips of major corporations."
---Take Shelter: a "perfect allegory for a panicky time"
---Jim Emerson's "Polanski's Chinatown: a dream analysis"
---Pumped Up Kicks/Dubstep"
---Neal Stephenson's "Innovation Starvation"
---"Teaching film should be just as important as teaching literature, languages, history, economics and science. Our children need to be powerful communicators with film" 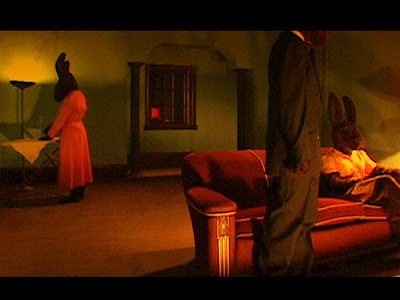 ---What Google knows:
"I know that Google knows, because I’ve looked it up, that on 30 April 2011 at 4.33 p.m. I was at Willesden Junction station, travelling west. It knows where I was, as it knows where I am now, because like many millions of others I have an Android-powered smartphone with Google’s location service turned on. If you use the full range of its products, Google knows the identity of everyone you communicate with by email, instant messaging and phone, with a master list – accessible only by you, and by Google – of the people you contact most. If you use its products, Google knows the content of your emails and voicemail messages (a feature of Google Voice is that it transcribes messages and emails them to you, storing the text on Google servers indefinitely). If you find Google products compelling – and their promise of access-anywhere, conflagration and laptop-theft-proof document creation makes them quite compelling – Google knows the content of every document you write or spreadsheet you fiddle or presentation you construct. If as many Google-enabled robotic devices get installed as Google hopes, Google may soon know the contents of your fridge, your heart rate when you’re exercising, the weather outside your front door, the pattern of electricity use in your home.
Google knows or has sought to know, and may increasingly seek to know, your credit card numbers, your purchasing history, your date of birth, your medical history, your reading habits, your taste in music, your interest or otherwise (thanks to your searching habits) in the First Intifada or the career of Audrey Hepburn or flights to Mexico or interest-free loans, or whatever you idly speculate about at 3.45 on a Wednesday afternoon. Here’s something: if you have an Android phone, Google can guess your home address, since that’s where your phone tends to be at night. I don’t mean that in theory some rogue Google employee could hack into your phone to find out where you sleep; I mean that Google, as a system, explicitly deduces where you live and openly logs it as ‘home address’ in its location service, to put beside the ‘work address’ where you spend the majority of your daytime hours."
---"The Netflix of Terrorism"
---revisiting Lynch's Inland Empire
---"Distant Relatives: Psycho and Contagion"
---Radivojevic's "Nobody Can Predict the Moment of Revolution"

---John B. Judis' thoughts on why "our economic nightmare is just beginning":
"TODAY’S RECESSION does not merely resemble the Great Depression; it is, to a real extent, a recurrence of it. It has the same unique causes and the same initial trajectory. Both downturns were triggered by a financial crisis coming on top of, and then deepening, a slowdown in industrial production and employment that had begun earlier and that was caused in part by rapid technological innovation. The 1920s saw the spread of electrification in industry; the 1990s saw the triumph of computerization in manufacturing and services. The recessions in 1926 and 2001 were both followed by `jobless recoveries.'In each case, the financial crisis generated an overhang of consumer and business debt that—along with growing unemployment and underemployment, and the failure of real wages to rise—reduced effective demand to the point where the economy, without extensive government intervention, spun into a downward spiral of joblessness. The accumulation of debt also undermined the use of monetary policy to revive the economy. Even zero-percent interest rates could not induce private investment.Finally, in contrast to the usual post-World War II recession, our current downturn, like the Great Depression, is global in character. Financial disturbances—aggravated by an unstable international monetary system—have spread globally. During the typical recession, a country suffering a downturn might hope to revive itself by cutting its spending. That might temporarily increase unemployment, but it would also depress wages and prices, simultaneously cutting the demand for imports and making a country’s exports more competitive against those of its rivals. But, when the recession is global, you get what John Maynard Keynes called the `paradox of thrift' writ large: As all nations cut their spending and attempt to devalue their currencies (which makes their exports cheaper), global demand shrinks still more, and the recession deepens."
---"Notes on opportunities blown and missed" by Evan Calder Williams
---the literary references of The Simpsons
---Mark LeVine's "Empowered Citizens in a Post-Revolution Age"
"watch this video; watch how Al Jazeera Egypt reporter Hayat El-Yamani refuses to allow the plain clothes security agents trash her office without forcing them to disclose themselves. Watch and listen to how she berates them; how she refuses to let them merely have their way. How her colleague refuses to remove the camera from their faces, how she paces around them, cornering them like a cat does its prey, while they stand pressed against the door to her office.

She challenges them, harangues them, even badgers them with finger jabs to their shoulders and back, forcing them to explain themselves, to admit to the destruction they are engaged in inside the next, temporarily sealed room. `Hey, I won't stand here and just watch you breaking my own door,' she tells them as she jabs their shoulder, with constantly repeating `law samaht', or `If you please', which - under normal circumstances would be a sign of politeness or respect - but here becomes a sign of utter disdain and a reversal of the balance of power that normally exists between citizen and security agent.

Most important, she declares, `I won't let this pass. If your guys in there break anything, I won't let it go.'" 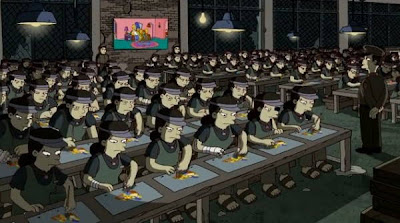 ---lastly, Timberg's "The creative class is a lie" and Kleinhans's “Creative industries, neoliberal fantasies, and the cold, hard facts of global recession: some basic lessons":
"there’s another set of fantasies too that compete for the space in our heads, and I’d like to point that out as a marker of resistance. That’s the fantasy of collective action by the dispossessed, who, acting together for the survival and common good manage to turn the tables on the powerful, the corrupt: that’s the terrain of Toy Story 3, with the band of misfits and rejects and over-the-hill toys finally triumphing. Or Robert Rodriguez’s Machete, with the undocumented and their partners and supporters overthrowing the racists, the capitalists (both corporate and drug cartel types) and corrupt politicians who are trying to keep them down. We need those myths too, even if we also know that the slogans are not sufficient. Especially after `Obama: Change We Can Believe In' has worn very thin indeed. We need to look behind the screen, behind the visible if intangible form of our creative culture, and bring it back to understanding capitalism itself, and from there, how we might effectively challenge it and change it."
Labels: facebook Google Notable film and media links Occupy Wall Street

Anonymous said…
I always look forward to these posts. Thanks so much for putting the effort into this.
October 2, 2011 at 4:33 PM

Maurice Mitchell said…
Good for Al Jazeera Mubasher Misr. Stick it to the man using the Internet.
October 5, 2011 at 12:02 PM