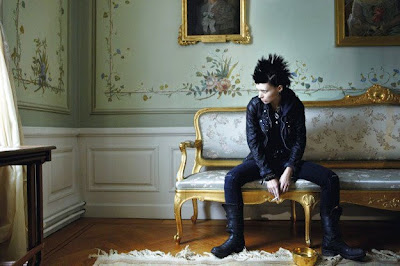 ---Godard's Weekend
---The Divide trailer and other contemplative apocalyptic films
---Ridley Scott's career condensed
---Matt Stone and Trey Parker visit an NYU writing class
---Art Spiegelman on the future of the book:
"What we’re losing culturally the fastest, aside from natural resources and oil and the idea of democracy and social justice, is the ability to concentrate. I find now that when I read a physical book, I look in the upper right-hand corner to find out what time it is with my book. The confusion is universal."
---an interactive Drive map
---comprehending real-time information
---Almodovar's formula of melodrama
---anatomy of a scene in Martha Marcy May Marlene
---Vertigo analyzed
---Slavoj Zizek speaks at Occupy Wall Street:
"So what are we doing here? Let me tell you a wonderful, old joke from Communist times. A guy was sent from East Germany to work in Siberia. He knew his mail would be read by censors, so he told his friends: `Let’s establish a code. If a letter you get from me is written in blue ink, it is true what I say. If it is written in red ink, it is false.' After a month, his friends get the first letter. Everything is in blue. It says, this letter: `Everything is wonderful here. Stores are full of good food. Movie theatres show good films from the west. Apartments are large and luxurious. The only thing you cannot buy is red ink.' This is how we live. We have all the freedoms we want. But what we are missing is red ink: the language to articulate our non-freedom. The way we are taught to speak about freedom— war on terror and so on—falsifies freedom. And this is what you are doing here. You are giving all of us red ink."
---Salt action previsualization
---Naomi Klein's interview concerning Occupy Wall Street 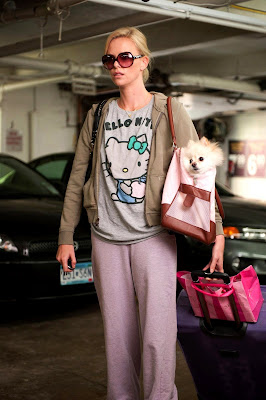 ---Diablo Cody's Young Adult trailer
---Art of the Title on Delicatessen
---David Foster Wallace teaches:
"His principle of empathy governed all that he taught us, even when he taught with tough love. Make your comments maximally helpful. Never sacrifice clarity. Don’t make the reader work unnecessarily—parse unnecessary clauses, wade through unnecessary data. He wrote on the syllabus that the purpose of good writing wasn’t self-expression, `or whatever your teacher told you in high school,' but communication, meaningful communication between two human beings. He taught with the empathy he preached, about everything from our grammar to our values to our personal lives. In an avuncular aside, he told us once that with each decade our sex lives of the decade before would grow to seem strange and sad to us, `for what it’s worth.' He spent hours teaching us grammar and style and usage, sometimes after class, sometimes in class with half-sheet illustrative mini-lessons with titles like `Learning: The Adventure of a Lifetime!' He gave so much of himself, convinced that he could teach us writing’s minutiae and that our knowing the minutiae would help us to communicate meaningfully and that meaningful communication would help us to feel for and so to care for other human beings. So there he was, his generation’s literary genius, teaching undergrads how not to split infinitives."
---Australia as the petri dish of climate change
---Pauline Kael: A Life in the Dark
---Everything is a remix: The Matrix
---Kundera and the totalitarian nature of mass media:
"As late as the 1960s, the transgressions of powerful Western politicians were more likely to be hushed up than exposed. While we might not want to turn back the clock that far, if we lose all privacy we risk becoming the sort of people Kundera defines in Slowness as `Dancers,' politicians who spend their lives performing for an invisible audience – although Dancers would more likely describe themselves as people skilled at managing their own public persona. We become Dancers when we log onto social media and perform in front of the tribunal of our peers.In Testaments Betrayed, Kundera notes that many people `change their mind in accordance with the invisible tribunal that is also changing its mind; their change is thus simply a bet on what the tribunal will proclaim to be the truth tomorrow. I remember my youth in Czechoslovakia. Having emerged from our initial enchantment with Communism, we felt each small step against official doctrine to be a courageous act. We protested the persecution of religious believers, stood up for banned modern art, argued against the stupidity of propaganda, criticized the country’s dependence on Russia, and so on. In doing so, we were taking some risk – not much, but still some – and that (little) danger gave us a pleasant moral satisfaction. One day a hideous thought came to me: what if our rebellions were dictated not by internal freedom, by courage, but by the desire to please the other tribunal that was already preparing, in the shadows, to sit in judgment?'"
---Fear and Loathing in Las Vegas 40 years later 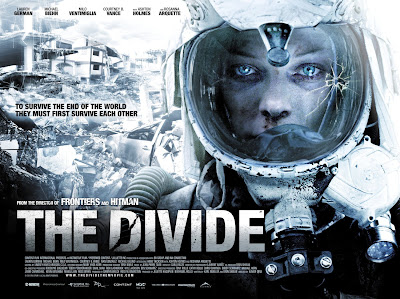 ---Slab City: refugees of the recession
---Kay Corleone's fashion sense
---the true cost of commuting
---the race dynamics of recent trailers
---Lethem on Mailer
---"If you really want to help us, why don't you leave?"
---lastly, Seitz and Morgan consider Repulsion
Labels: Notable film and media links Occupy Wall Street