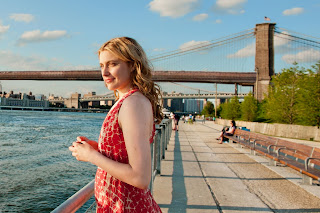 ---the first 5 minutes of Lockout

---"[Laura Poitras] has had her laptop, camera and cellphone seized, and not returned for weeks, with the contents presumably copied. On several occasions, her reporter’s notebooks were seized and their contents copied, even as she objected that doing so would invade her journalist-source relationship. Her credit cards and receipts have been copied on numerous occasions. In many instances, DHS agents also detain and interrogate her in the foreign airport before her return, on one trip telling her that she would be barred from boarding her flight back home, only to let her board at the last minute. When she arrived at JFK Airport on Thanksgiving weekend of 2010, she was told by one DHS agent — after she asserted her privileges as a journalist to refuse to answer questions about the individuals with whom she met on her trip — that he 'finds it very suspicious that you’re not willing to help your country by answering our questions.'"

---trailers for Savages, Take This Waltz, Miss Bala, Exit, 7 Days in Havana, A Fantastic Fear of Everything, Lola Versus, and To Rome with Love

---"Independent filmmaking is a gut-wrenching crap shoot. Every now and then, a film hits; most of the time, it doesn't." --Matt Zoller Seitz's "Slouching Toward Hollywood"

---"Written by MIT researchers for an international think tank, the Club of Rome, the study used computers to model several possible future scenarios. The business-as-usual scenario estimated that if human beings continued to consume more than nature was capable of providing, global economic collapse and precipitous population decline could occur by 2030." 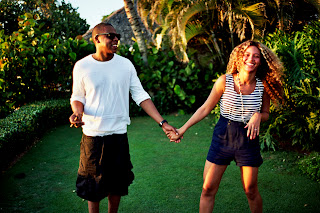 ---"I can’t think of another woman writer of Kael’s generation who made people quite so angry as she did. She pushed people in a way that had nothing to do with gender, or the usual feminist transgressions into patriarchal literary territory. In the ‘60s and ‘70s, Joan Didion traded on the way the times made her fragile — she cataloged her nervous breakdowns alongside her narrative of the debauched drug culture of Northern California. Susan Sontag, for all her critical genius, took the role of a modern Cassandra, prophesying our cultural and political doom. Mary McCarthy is a first rate critic, and when you read on her theater she is dazzlingly sharp — but she’s cold and sharp. You get the sense she might not really have liked the theater; there is brilliant discrimination without the grit or the glowing pleasure.

Kael got discrimination from the movies, but she got the grit and glowing pleasure, too; and on the page she comes across as indomitable, buoyant. She’s provocative, and she always seems to have the last word. I suspect that Kael’s voice makes her a special target for vitriol. Readers are less perturbed by brilliance if it comes by way of self-effacing anxiety (Joan Didion), or if it borrows the specialized language of the academy (Susan Sontag), if it undermines itself or if doesn’t hold the majority of us accountable. Kael spoke to people in a voice they recognized, but she demanded something more from them than they were accustomed to. Perhaps readers feel the need to cut Kael down to size because she wouldn’t do the work for them." --Amanda Schubert

---"What brought about this massive regime of secrecy that the new transparency schemes have been designed to disguise or excuse?"  --Sarah Leonard's "The Fog of More" 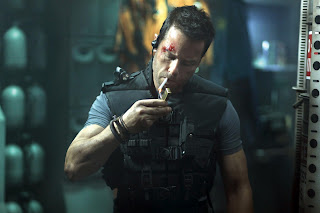 ---"Roger Corman, of course, was the king of this kind of film, and as the documentary Corman's World: Exploits of a Hollywood Rebel makes abundantly clear, he's adored for his efforts. It should be no surprise to any cinephile or gorehound worth his or her salt that seemingly every American filmmaker or actor of note to come up in the '60s and '70s started their career with a Corman production, but it may be surprising that Corman himself probably started the American New Wave of this period with rebellious instincts that held the bloat of the studio system in active contempt."

---all of your tweets on one page

The Film Doctor said…
Did she? I remember that she didn't care much for Play It As It Lays, but I don't remember much else. This must be what you're talking about:

Craig said…
That's the stuff. Have you read the Wolcott book? It doesn't deal with PK exclusively, but it puts the bounce and fun back into her persona, which I think the Kellow bio bleeds a little too dry in order to oversell the "tragic downfall" theme (which is debatable).
April 9, 2012 at 9:02 AM

The Film Doctor said…
Thanks for the tip. I just ordered Wolcott's book on Amazon.

I enjoyed Kellow's biography of Kael so much, I didn't notice the "tragic downfall" theme. I thought that she naturally declined after awhile, and Kellow dutifully records what happened. I'm still pleased that the book was written at all, and Kellow made it so engaging.
April 10, 2012 at 1:20 PM

Craig said…
Some folks found it depressing, or, worse, a "cautionary tale." (Cautionary about what?) Me not quite so much, but I did feel the tone was a bit heavy-weather at times. Wolcott's version of events is livelier and funnier, if possibly colored by nostalgia: he and PK had a falling out late in her life, after his piece outing the "Paulettes."
April 11, 2012 at 8:48 AM

The Film Doctor said…
You mean the end of the Kael biography? How many ends of biographies are not depressing? I'll read the Wolcott book by this weekend and possibly review it later.

Kellow's book reminds me how much I remain as smitten by Kael's writings as ever. She's the only critic whose work I have studied as intently as that of Joyce, say, or David Foster Wallace, or Kafka.
April 11, 2012 at 10:45 AM