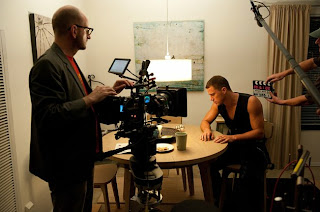 ---behind the scenes with Hitchcock and Frenzy

---an interview with Sofia Coppola

---Robert Rodriguez--filmmaking outside of Hollywood

---"On January 3, 1971, Ashby and his cast and crew decamped to San Mateo County just outside San Francisco, and for the following two wet, overcast months they trudged from one soggy location to another. In the buildup to filming, Ashby had spent a lot of time with Bud Cort, helping him understand his character; as they were filming out of sequence, it wasn't possible for Cort to feel his way into the role, so Ashby had to shoot more footage than usual to cover himself. Cort, a former stand-up comic, was loose and improvisational, while the focused, ultraprofessional Gordon viewed the script as gospel. Not surprisingly, their acting styles were sometimes in conflict. Ashby, however, guided Cort through the difficult moments and gave him the confidence to find the character by telling him: `I know you know what you're doing. Just don't ever be afraid, because I'll always be there for you.'

`I was an emotional minefield,' Cort recalls, `but I wanted the part, and he took a chance on me and in so doing became not only a director, but a father, a mother, a driving instructor, and a psychiatric nurse. It was a difficult part for me, but Hal was so sympathetic, so understanding. And I think back on it now, I must have driven him crazy, but he never ever complained, and he was there for twenty-four hours a day, six days a week.'

Ashby was relieved to be in Northern California, away from the Paramount suits; however, in the first few days of the shoot Ashby's production manager was woken at 1 a.m. with a complaint from Paramount's head of production, Jack Ballard. Ashby told Mulvehill to inform Paramount: `If [he] telephones this goddamn set one more time I'm not going to shoot, and if they want to have another director come up and shoot it, fine.'

Filming Harold and Maude presented many challenges, and Ashby was well served by a carefully selected crew, many of them hippies, and all of them passionate about film." --Nick Dawson

---Josh Olson on Coppola's The Conversation 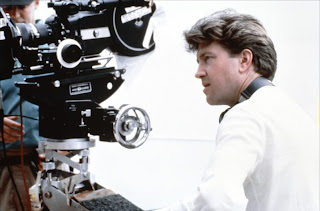 ---"when Lonergan began shooting the film in 2005, after taking two years to write the screenplay, Margaret had a lot going for it. When it was finally released six years later, in late 2011 — after a brutal and bitter editing process; a failed attempt by no less a cinematic eminence than Martin Scorsese to save the project; and the filing of three lawsuits — several serious film people called it a masterpiece. And almost no one saw it."

---an oral history of Jaws

---the progression of an animated shot

---when celebrities sell out

---“Action is linear because there’s a cause and effect relationship,” believes Richard Chew. “You’re keeping the eye actively engaged. It’s very kinetic.” The choice of editing technique depends on the required cinematic value. “In a performance oriented dramatic scene you have to figure out, one, what’s the story point and the character arcs, where are you leading this, how much do you want to reveal because you can withhold stuff whereas in action you don’t. Take a simple example of a car chase you have to at least imply where it’s going to end up. I find with dialogue scenes a lot of the times you can take out the end or the beginning then start in the middle. You can’t do that with an action scene. Also, in dramatic dialogue, how your use of reactions is as important as what the dialogue is. The one thing that differentiates really good editing of dialogue scenes is how much we play or don’t play on the speaker. It’s important for us to see the impact of what is being said off screen on a character or characters to give weight to what is being said.” 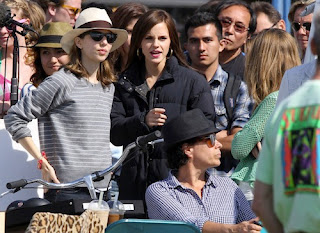