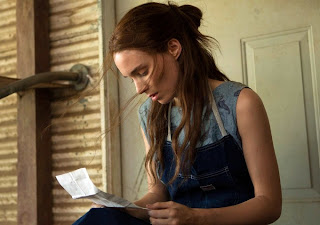 ---an interview with Sofia Coppola

---“Asocial people will be able to find a way to do asocial things with this technology, but on average people like to maintain the social contract,” Mr. Starner said. He added that he and colleagues had experimented with Glass-type devices for years, “and I can’t think of a single instance where something bad has happened.”

An incident at a Silicon Valley event shows, however, the way the increasing ease in capturing a moment can lead to problems — even if unintentionally. Adria Richards, who worked for the Colorado e-mail company SendGrid, was offended by the jokes two men were cracking behind her at the PyCon developers conference. She posted a picture of them on Twitter with the mildly reproving comment, “Not cool.”

One of the men, who has not been identified, was immediately fired by his employer, PlayHaven. “There is another side to this story,” he wrote on a hacking site, saying it was barely one lame sexual joke. “She gave me no warning, she smiled while she snapped the pic and sealed my fate,” he complained.

Critics lashed out at Ms. Richards, using language much more offensive than the two men used. SendGrid was hacked. The company dismissed Ms. Richards, saying there was such an uproar over her conduct, it “put our business in danger.”

---“I understand that writing is an art, and I deeply respect that,” he said. “But the earlier you get in with testing and research, the more successful movies you will make.”

---"One scene early in the film that was objected to was a rooftop party in Islamabad where an officer, after drinking fires a celebratory burst of AK-47 gunfire into the air. We insisted mixing drinking and firearms is a major violation and actions like this do not happen in real life. We requested this be taken out of the film. Boal confirmed he took this out of the film."

---"Something has got to give at some point with all of that product in the market," said Vincent Bruzzese, chief executive of Worldwide Motion Picture Group, a research firm, speaking about the coming summer. "There has got to be some cannibalization."

---“Tell Mike it was only business. I always liked him.” 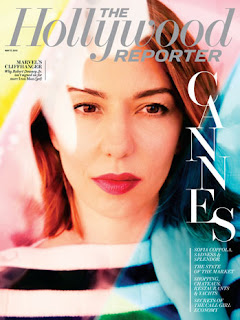 ---trailers for Gravity, Inside Llewyn Davis, Ain't Them Bodies Saints, The World's End, and The Butler

---"Because the first take went fairly well, I immediately become cocky and start overplaying it. I’m acting drunk. It’s whiny and high-pitched, and for some reason I’m leaning over the sink in a way that makes me look like a hunchback."  --Greta Gerwig

---the Behind the Candelabra featurette

---“Our ancestors predicted all of this,” he said to no one in particular. “The weather changing in strange ways, the destruction of the land, the water, the fish, the animals. They said, ‘The white man will continue to come, and everything will die.’"
Labels: David Foster Wallace John Waters Notable film and media links Sofia Coppola