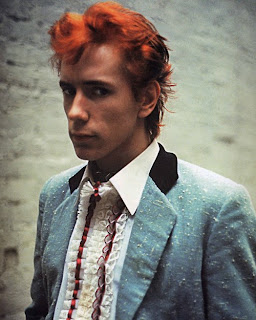 ---"I have to obey your orders?" --Reese Witherspoon

---the opening scene of Children of Men

---"Postfeminism is forgoing freedoms or equal rights in the name of prettier dresses, more expensive make-up, and other sartorial 'freedoms' to consume."  --Anne Helen Petersen

---"Schrader has mixed feelings about the process. 'The new technology allows people to make films very, very cheaply, but it also unhinges the vital connection that has existed for over 100 years between capitalism and motion pictures.' Filmmakers are now free, he explains, to 'make movies the same way you can make poetry, songs, paintings. You can make it for no money.' However, the disconnect between supply (audience) and demand (filmmaker) inherent in capitalism means that 'we are in an era when you can make a film for nobody.'

He soberly noted that of the thousands of films submitted to Sundance last year, only 100 or so were chosen and of those only a handful landed distribution deals. 'The entire dilemma of filmmaking has changed. It used to be how you get the money to make the film. Now it’s how do you get anybody to see it?'"

---a plane crash in Afghanistan

---"punk’s spirit of negation is a very seductive thing. It’s what makes Lydon’s voice on those Sex Pistols recordings so gripping. (His lifelong ability to ooze disdain is really nothing short of a superpower—I can’t even imagine him ordering a salad without making it a confrontation.) It’s corrosive, and the great value of corrosive energies has always been for cleaning things, scouring away the buildup of empty values."

---"In the Costume Institute’s compendious catalogue for the 'Punk' exhibition is an amazing photograph of Television’s Tom Verlaine and Richard Hell (who would go their separate ways) standing torn and frayed in a harsh glare of interrogative light that fuses German Expressionism, Depression-era vagabondage, and a crime-scene blast of Weegee’s flashbulb into a fashion anti-statement. In such early glimpses, punk looks indistinguishable from impoverishment, a barely-scraping-by that was echoed across the ocean by Johnny Rotten’s ode to safety pins, which held the rips of his jacket together like sutures—an aesthetic born of necessity. (The catalogue’s juxtaposition of 70s images of real punks in their slashed, shredded, zippered, parachutist, Baader-Meinhof-ish, mental-ward-straitjacketed, plastic-garbage-bag getups with the luxury-item homages and appropriations of high-fashion maestros is jarring, even dismaying—so much more originality in the originals!)"  --James Wolcott 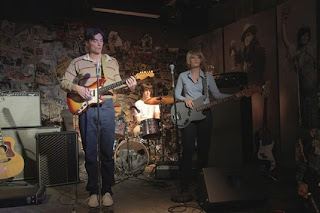 ---"Repo Man, released in early 1984, was the first feature film by a twenty- nine-year-old British UCLA film school graduate named Alex Cox. Even now, the film’s existence seems implausible. It is an apocalypse tale with no doomsday, a punk movie with no concert, a science fiction story with less than ten seconds of aliens."

---"Tell Renee she's not allowed to run faster than me." --Tom Cruise

---He says he doesn’t remember exactly why he and Lee decided to start burglarizing celebrities’ homes, except that 'these were women with, like, fashion sense. Rachel watched The Hills, Gossip Girl—all those shows. She loved their clothes.' They started 'checking up on celebrity Web sites. We’d be like a little research team.' They’d drive by celebrities’ homes to do surveillance, figuring out how to get in.

They picked Paris Hilton as their first victim, Prugo said, because they figured she was 'dumb.' 'Like, who would leave a door unlocked? Who would leave a lot of money lying around?'"

---trailers for The Pervert's Guide to Ideology, The East, Much Ado About Nothing, and Violet & Daisy

---"As in 2011, when he shot Frances Ha, Baumbach was working with a digital camera, in a low-key, almost covert way. There was nothing about the project in Variety or on IMDb. For the permit paperwork, Baumbach had chosen a misleading and dull working title: Untitled Public School Project. (Frances Ha was Untitled Digital Workshop.) New York pedestrians know that a film production involves, at the least, a basket of unripe fruit under a white tent, and a lot of cables. In the absence of that—a small huddle around a camera, in the dark, as Kirke hurried across the street toward Gerwig, at a flower stand—Baumbach’s operation was almost invisible. A passerby explained knowingly to his friends, 'This is N.Y.U.-land.'" 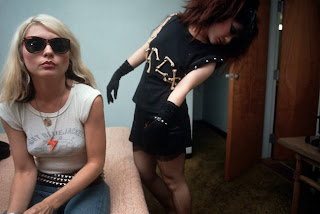 ---"The assistant laid down the box, opening it to unfurl folds of acid-free archival tissue. Gently, she lifted up a few sheets, revealing her treasure: a dingy, ripped 'Anarchy in the U.K.' Sex Pistols T-shirt, sized to fit a child or an extremely hard-living rock star. There also was T-shirt after well-worn T-shirt, with punchy slogans and graphic images — many faded, with pit stains and rings around the collars. The assistant held up a scribbled black one. 'We have to make sure we don’t remove that safety pin,' she said, reverentially.  --From "Haute Punk"
Labels: couture Notable film and media links postfeminism punk