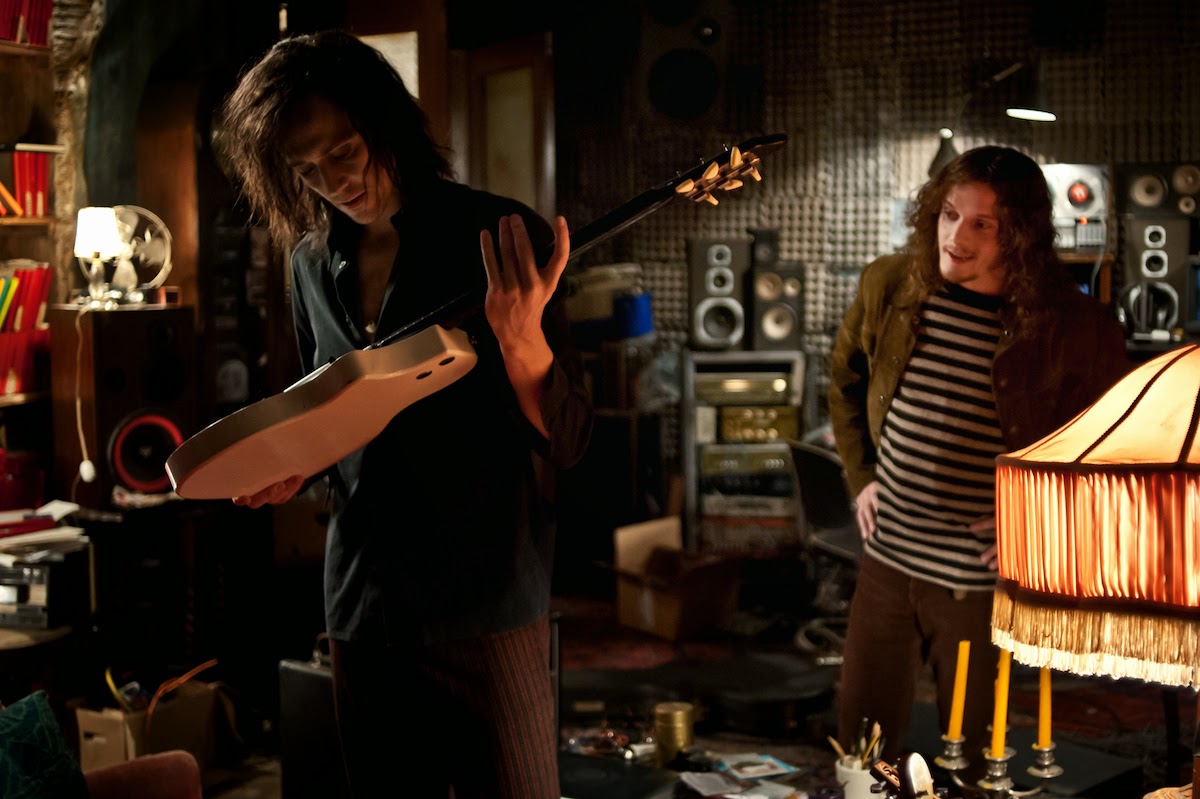 Jim Jarmusch's Only Lovers Left Alive left me half-appalled and half-impressed. Given his indie-status as the writer/director of Mystery Train (1989) and Down by Law (1986), I have much respect for Jarmusch's work, but his current vision of Adam and Eve (Tom Hiddleston and Tilda Swinton) raises many questions, like, Did Jarmusch really name them Adam and Eve? Beyond the movie's impulse to celebrate guitars, writers, books, rock and roll, and night-time Detroit, is there a plot? Have I seen two characters more self-congratulatory than the ultra-cultured Adam and Eve as they strut about night-time Tangier in nicely contrasting outfits? Did Eve really just look up and mention the "magical musical diamond in the sky" like some ersatz variation on a lyric from Pink Floyd's Dark Side of the Moon?

I imagine that Jarmusch must live with a lot of romantic pressure on his own creativity, so once he figures out what he finds to be cool, be it Tom Waits or New Orleans or the Sun Studio in Memphis, then he can make his movie and damn whatever anyone else thinks. I respect his aesthetic of the endlessly fetishized, but still . . . If a movie prefers to ogle a 1960's Silvertone, a collection of uber-tasteful books (Kafka, Infinite Jest, etc.), and Jack White's childhood home, can one still legitimately wonder about little things like dramatic tension? Both Adam and Eve occupy so much of their time sleeping during the day, affecting poses that recall Bowie and Deneuve in The Hunger of 1983 (sunglasses at night), and generally slinking around in muted pseudo-rock star glamour, one is left wondering when this movie will come to life (the movie's title anticipates this critique). Adam especially often seems reluctant to wake up, and why would he? What motivates him to fully engage in this inferior century amidst such sad humans?

Meanwhile, a plot of a sort develops when Ava (Mia Wasikowska) suddenly appears as Eve's evil LA younger sister (you can tell she's related because they all have long shaggy hair). She meets nothing but disapproval from Adam, but she does succeed in getting the jaded couple over to a Detroit nightclub where they can jam languidly to the decadent tunes of White Hills in a manner very reminiscent of the opening scene in The Hunger with Bauhaus's lead singer Peter Murphy twitching to "Bela Lugosi's Dead." Ava brings undead life to the movie because she still seems capable of doing something unexpected, which serves to further emphasize how much the central twosome have congealed in their amber of cool. In comparison to Only Lovers Left Alive, things happen in The Hunger. Bowie's character John Blaylock ages 100 years in a day, Deneuve's Miriam finds herself attracted to Susan Sarandon, but Adam and Eve tend to be too demurely iconic to have much going on.

One can see why Swinton would choose this vehicle as another variant on her sleeping Art exhibit, but I much prefer the mockery implicit in her role as the communist crackpot authority figure Minister Mason in Snowpiercer. Hiddleston, meanwhile, goes shirtless in leather pants in his semi-derelict but tasteful Detroit home, his character full of disdain for his rock 'n roll fame (in part due to his desire to be not known). Adam has a wall with pictures of various writers (Twain, Dickinson, Billie Holiday, Joe Strummer) all over it, but one gets the impression that he carries nothing but contempt for our present, the 21st century and its petty distractions. Given the way Jarmusch works, his scenes tend to rigidify into tableaus like famous paintings in the Louvre ("Vampires Weeping on an Oriental Rug"). 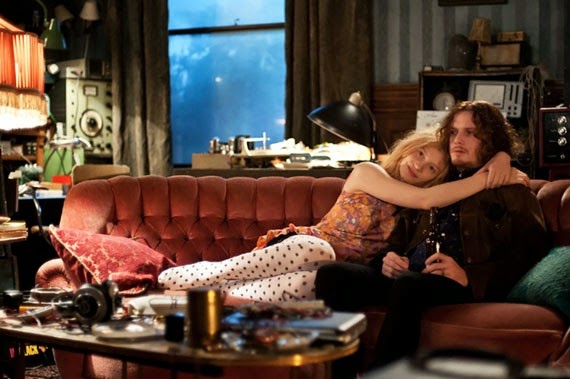 I do like much of what Jarmusch trains his eye on, especially the abandoned buildings of Detroit, but the fagged-out world-weary characters at the center of Only Lovers Left Alive suffer from an all-encompassing ennui that threatens to engulf this viewer as well. When Ava angrily calls Adam and Eve "condescending snobs," I fully understand what she means.
Labels: Only Lovers Left Alive