Anticipating the Die-Off: Notes and Quotes about Michael Rupport's Collapse

Note: I wrote this post back in 2010.  Although one can see that the points about peak oil have not come true, other claims like the following do seem newly possible: 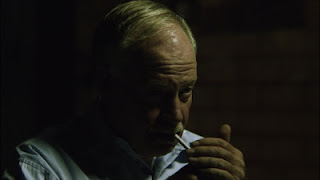 "Thousands of companies will go bankrupt, and millions will be unemployed. Once affluent cities with street cafés will have queues at soup kitchens and armies of beggars. The crime rate will soar. The earth has always been a dangerous place, but now it will become a tinderbox.

....As with the Great Depression, economic hardship will bring out the worst in people. Fascists will rise, feeding on the anger of the newly poor and whipping up support. These new rulers will find the tools of repression -- emergency laws, prison camps, a relaxed attitude toward torture...."

Something about Michael Ruppert's Collapse (now out on DVD) and the issue of peak oil makes me want to quote instead of write, perhaps because the topic is so all-encompassingly heavy:

“What movie did you see last night?”

“It’s just one guy explaining why human civilization in its present form is doomed.”

“Huh. But did you have a good time?” ---from Catsoulis' NYT review

From The Wall Street Journal: "What is the central message of your movie?"

Mr. Ruppert: "It is not possible to continue infinite consumption and infinite population growth on a finite planet."

From the Netflix packaging of the Collapse DVD:

"In an avant-garde soliloquy, investigative journalist Michael Ruppert details his unnerving theories about the inexorable link between energy depletion and the collapse of the economic system that the supports the entire industrial world. Helmed by filmmaker Chris Smith (American Movie), Ruppert's monologue explains how the lies and political propaganda fed to Americans by big business will eventually lead to human extinction."

Note: this left me wondering--total human extinction? Our population is now rapidly approaching 7 billion. Earth can only comfortably sustain about 1 to 2 billion people, according to a chemistry professor friend of mine. As Ruppert points out, the population really started to increase around the year 1900 with the onset of cheap oil. One peak oil theorist speculates that there will be a die-off where the population will likely drop back down to 1 or 2 billion by 2050. That's what I've been brooding over after watching Collapse (since I have no trouble accepting many of Ruppert's basic points. I've been mulling over peak oil theories since I read Richard Heinberg's The Party's Over: Oil, War and the Fate of Industrial Societies back in 2oo3.)

What will happen when the oil peaks? How will the population decline? No one really knows (Ruppert talks of a 20 year-long crash). Here's one theory as to what will happen, courtesy of Jeremy Leggett:

"The price of houses will collapse. Stock markets will crash. Within a short period, human wealth -- little more than a pile of paper at the best of times, even with the confidence about the future high among traders -- will shrivel. There will be emergency summits, diplomatic initiatives, urgent exploration efforts, but the turmoil will not subside. Thousands of companies will go bankrupt, and millions will be unemployed. Once affluent cities with street cafés will have queues at soup kitchens and armies of beggars. The crime rate will soar. The earth has always been a dangerous place, but now it will become a tinderbox.

....As with the Great Depression, economic hardship will bring out the worst in people. Fascists will rise, feeding on the anger of the newly poor and whipping up support. These new rulers will find the tools of repression -- emergency laws, prison camps, a relaxed attitude toward torture...."

From Roger Ebert's review of Collapse:
"I have no way of assuring you that the bleak version of the future outlined by Michael Ruppert in Chris Smith's Collapse is accurate. I can only tell you I have a pretty good built-in B.S. detector, and its needle never bounced off zero while I watched this film. There is controversy over Ruppert, and he has many critics. But one simple fact at the center of his argument is obviously true, and it terrifies me.
That fact: We have passed the peak of global oil resources. There are only so many known oil reserves. We have used up more than half of them. Remaining reserves are growing smaller, and the demand is growing larger. It took about a century to use up the first half. That usage was much accelerated in the most recent 50 years. Now the oil demands of giant economies like India and China are exploding. They represent more than half the global population, and until recent decades had small energy consumption.
If the supply is finite, and usage is potentially doubling, you do the math. We will face a global oil crisis, not in the distant future, but within the lives of many now alive. They may well see a world without significant oil."

What does the Collapse director Chris Smith think?

How convinced are you, now, about the accuracy of the things he [Ruppert] says?

"My opinion on these issues changes on a daily basis. This film made me think about these issues and to try to educate myself. And I discovered that there’s a huge number of scientists and scholars that fall on both sides of every issue that Michael talks about. The conclusion I’ve since come to is that no one really knows anything. Some think we’re headed for another crash, some people think that the market will continue to recover. There was a huge meeting on peak oil in Denver recently and so many articles came out of that. Different Ph.D.'s and industry experts say that we’re at this point in history where oil may have passed its peak. But then there was an article in the New York Times a month ago or so that was very convincing, and it said that we might actually have endless resources. I know a lot more about it than I did going into it, but I haven’t formed any conclusions."

In Collapse, Ruppert also talks of the bumpy plateau at the top of the peak oil curve--when oil prices rise and shut down economic activity. The prices then fall, boosting the economy, but then the process repeats. This cycle disrupts the economy until people and companies start defaulting on loans which leads to bailouts. Ruppert claims that we've been on this plateau for the past several years. I always imagined the peak oil crisis in terms of gas suddenly jumping to a hundred dollars a gallon, but apparently it can also cause severe financial meltdowns without the price noticeably getting that high.

"Shooting the tortured, chain-smoking Ruppert inside what looks like a bunker, Smith’s film takes the form of Errol Morris’ The Fog Of War, illustrating long, feverishly intense monologues with dazzling montages. Ruppert may appear like just another crackpot, the sort of obscure, raving prophet who regularly offers up worst-case scenarios in Glenn Beck’s War Room. (Or Stephen Colbert’s Doom Bunker, for that matter.) But he isn’t an ideologue, which makes his Chicken Little panic more authentic—as do his confident voice and meticulously crafted arguments. The scope of his argument is suspiciously immense, yet thought through to the smallest detail; every time a `Yeah, but' question comes up (as in `Yeah, but what about these alternative energy sources?' or `Yeah, but what about human innovation?'), Ruppert has an answer. `I don’t deal in conspiracy theory,' he says. `I deal in conspiracy fact.'

That said—and this is important to remember—Collapse is by no means an endorsement of Ruppert’s worldview. Smith (American Movie) has enough faith in his audience to allow them to sort it out for themselves. He gives Ruppert the floor, but his occasional interjections question whether his subject has walled himself into an argument by accepting only the information that supports his point of view. And in several exceptionally poignant moments, he also allows us to see an angry, lonely, vulnerable man whose life epitomizes the title as much as the globe does. There are many layers to the man and the movie, and it’s hard not to leave the theater shaken."

"It’s probably difficult or impossible for somebody who hasn’t been following the peak oil story for the past several years to understand the depth of the `Holy crap' feeling that many of us are experiencing right now. A large part of that feeling comes simply from the fact that, as I’ve mentioned here before, lots of things appear to be playing out according to the long-forecasted `plan,' including, most prominently, the expected development in which oil-and-energy issues have moved to the forefront of public discourse. Of course that has nothing, or at least not much, to do with the question of whether peak oil is actually `real' — a word that raises the need to distinguish between peak oil, the geological phenomenon, and peak oil, the theory that ties oil’s fortunes to the very survival of growth-based economies and industrial-technological civilization. In our ever-intensifying age of 24/7 digital linkage and global conversation, it’s impossible to ferret out how much of what we’re collectively thinking and feeling comes from reality itself, as in, the reality outside the media web, and how much is simply a self-reinforcing feedback loop.

What’s incontrovertible is that we’re right now living through the giddiest age of apocalyptic cultural ferment that any of us have ever experienced. I think it’s safe to say that it tops the ones that accompanied the turn of the 20th century, and the advent of World Wars I and II, and the Depression era, and the social and cultural upheavals and meltdowns of the sixties and seventies, and the turn of the 21st century. It even tops 9/11, although in fact it incorporates the 9/11 feeling of an imminent breakdown in everything. Maybe the only thing that equals it is the nuclear terror of the Cold War era. Because now, as then, the fear isn’t just of a national or international breakdown or some such thing (although obviously that one is currently in play, too) but of a show-stopping calamity that would write `The End' on the last page of the book that is the human race, or at least on the book that is civilization as we have known for at least a century or two (since the full implementation of the Adam Smithian economic growth model and the rise of technocratic industrialism). The ecological term `die-off' has gained currency. The word `collapse' is on everybody’s minds and lips."

In any case, Ruppert's theories in Collapse can help one understand problems in Europe, other issues in the United States, and the BP oil spill.