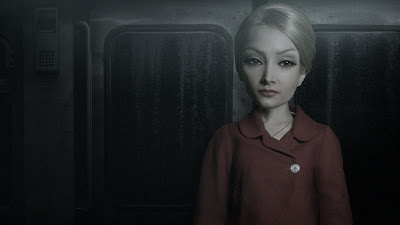 ---A history of blowing up national monuments on film.
---What book publishers think of the Amazon Kindle (with thanks to Office Space).
---Life in a tent city:
"The PR had previous experience in the ghettos, slums, and shantytowns of various Third World cities, including Jakarta, Nuevo Laredo, Peshawar, Bangkok, and Kathmandu. It was observed, however, that the PR was feeling more fear here in Fresno than he had felt in any of those foreign locales. Wild shouts could be heard; the air smelled of wood fire and dust; dogs roamed the Study Area; mysterious figures stared out from asymmetrical doorways; in the distance, under a highway overpass, a cramped, smoky, Stygian neighborhood seemed to exude menace."
---Christopher Hitchens considers Monty Python.
---The difficulties of adapting David Foster Wallace's Brief Interviews with Hideous Men for film.
---Tom Cruise fails to adapt to the new media:
"[Concerning Cruise's webpage] The template looks snazzy enough, and the video that’s freezeframed above is high quality streaming. But it’s a montage of Cruise clips — most of them culled from classic Cruise, with a few iconic looks from the likes of Collateral thrown in for good measure — and, get this, set to…..the theme to 2001: A Space Odyssey. (The only thing better would’ve been to set it to “Danger Zone.”) Obviously, the designers are attempting to communicate the epic character of Cruise’s star — the iconic roles he’s played spanning the decades — but it plays rather like an amateur YouTube vid. Indeed, exploring the entire site, it offers very, very little that a star homepage from, say, 1998 would. It loads faster and uses streaming video — but couldn’t I have found that anywhere? What would draw me to this particular site? How is this refining or repopularizing Cruise’s image in any way? (Especially since it relies so heavily on old movies, effectively reminding its audience of what a great star Cruise was. Nearly thirty years ago.)"
---The aquacalypse or the end of fish (with thanks to MetaFilter.com).
---T.S. of Screen Savour analyzes Buster Keaton's classic The General.
---You can now go to jail for Twittering, sell out Twittering, make art with Twitter, meform of inform on Twitter, and mine Twitter data for money.
---The politics of On the Waterfront.
---David Hudson of The Auteurs chooses the best film sites.
---A O Scott reviews Three Kings.
---Kurt Vonnegut's rules for writing a short story. Also, Chuck Palahniuk has some writing tips.
---Jason Bellamy and Ed Howard discuss Pixar (part of their Conversations series, and part of The House Next Door's Pixar week).
---Too poor to bury the dead. In other cheerful news, Gore Vidal thinks the United States is doomed.
---Metropia: dystopic cartoon of the future.
---Internet addiction (and lots of reasons to justify that addiction).
---Life inside an avalanche.
Labels: Notable film and media links