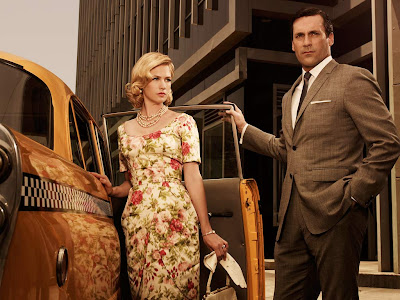 ---X-Men Origins: Wolverine (in 30 seconds)
---Nathan Zeldez broods on ways to beat information overload:
"William Shockley knew the value of isolation. In 1948, shortly after his colleagues John Bardeen and Walter Brattain invented the point-contact transistor in Shockley's absence, he became so upset that he holed up in a hotel room. He knew he needed a quiet place to think. Some days later he emerged, having worked out the basic design for the far superior junction transistor that became the key to modern electronics.Today few can afford the luxury of such isolation. While just about everybody agrees that electronic messaging is critical to modern business and that some interruptions are vital to workplace interactions, clearly they've become too much of a good thing. This glut affects Fortune 500 corporations, tiny companies, schools, government agencies, churches, and nonprofits. Just about everyone, in other words.The irony of all this constant communication is that we're not communicating well at all. Consider the meeting where everyone's eyes are glued to their BlackBerries or laptops. They're sifting through e-mail or scanning reports or updating spreadsheets; nobody is paying attention to the business at hand."
---(500) Days of Summer director Marc Webb shoots a music video for Weezer.
---David Thomson discusses the genius and self-destruction of Orson Welles:
"It's easy to see how this flamboyant figure has influenced would-be directors in America from Bogdanovich (who knew Welles well) and Spielberg to Paul Thomas Anderson and Steven Soderbergh. But it's more than the flourish, the eloquence with which he let himself be interviewed, and the effortless seduction of the man himself. If ever our young directors feel fear, self-pity or failure in their lives – then surely they think of Welles again. For Welles is not just the boy wonder; he is Falstaff and Hank Quinlan in Touch of Evil – gross hulks. At the root of Welles's fascination lies this question: how can anyone so creative be so self-destructive?"
---Mad Men creator Matthew Weiner recommends that you get away from the computer:
"When I look at digital, the dark side of it for me is the physicality that's being presented alongside the Internet. I think about that movie The Matrix, and about these bodies that are human batteries that support computers. I met this guy who was creating software where you could watch Mad Men and you could chat with your friend while you're watching it, and things would pop up, and facts would pop up, and I said, 'You're a human battery. Turn the . . . thing off! You're not allowed to watch the show anymore. You're missing the idea of sitting in a dark place and having an experience. Are you just like sitting with your phone and you're kissing your girlfriend and saying, "'I'm kissing my girlfriend! This is so great, we're having sex!'" EXPERIENCE THINGS!"
---Speaking of Mad Men, Michael Wilson traces Weiner's mania for period detail. January Jones attempts to evade the Betty Draper image. Also, Benjamin Schwartz examines the pros and cons of the show:
"Finally, there’s another factor, one that cuts both ways and thereby contributes to Mad Men’s inner tension: the peculiar emotional chord the show’s setting strikes with viewers over 30. Critics invariably discuss how the series echoes John Cheever’s stories, Billy Wilder’s The Apartment, and Richard Yates’s Revolutionary Road (a novel Weiner says he hadn’t read when he created the show). But for every audience member familiar with gin-soaked Shady Hill, there are dozens whose notions of the glamour of adult life, of Manhattan, and of “creative” careers were shaped by endless reruns of three sitcoms with concrete ties to Mad Men’s particular milieu: The Dick Van Dyke Show, Bewitched, and That Girl. The key to television success, Don Draper tosses off, is to offer “derivative with a twist.” Mad Men is those shows grown up, grown hard, and—in ways that flatter its writers’ and viewers’ images of themselves—grown wise."
---Pollution in China.
---A. O. Scott confesses that La Dolce Vita is one of his favs.
---Noam Chomsky looks at our meaningless propaganda: "the bewildered herd" needs distracting.
---I don't own a cellphone. How much longer can I hold out?
---42 essential third act twists.
---Race, prejudice, and Lee Daniels' Precious.
---The New Yorker profile of James Cameron.
---The decline of the cinema of outrage.
---Kristin Thompson defends the blockbuster.
Labels: Notable film and media links