Katie, Micah, and the scary demon: a pictorial primer for Paranormal Activity 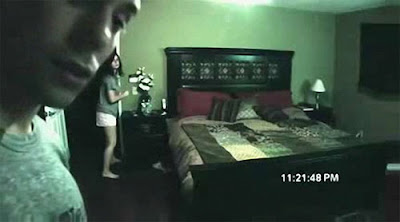 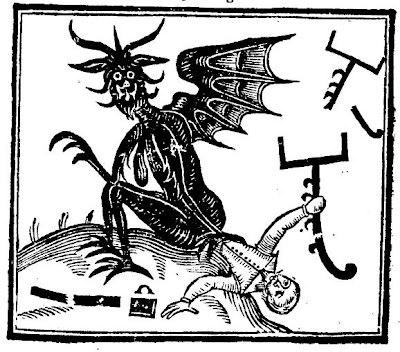 Here is a demon image taken from an old woodcut. At one point in Paranormal Activity, Micah flips through a book of pictures much like this one to show what they are up against. Scary, scary demon that makes noises in the night. 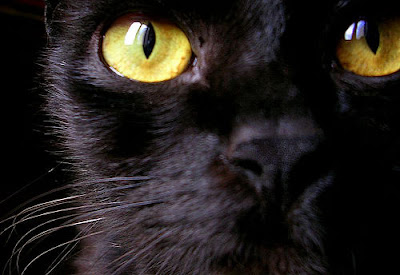 See the cat. Our cat's name is Darcy. Darcy makes all of the loud noises at night in our household. Darcy is basically an evil punk who was raised in a feed bucket, but I digress. 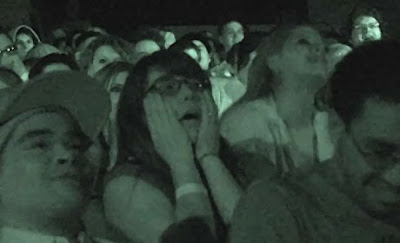 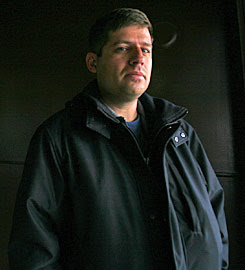 Here is Oren Peli. Peli is the Israeli-born videogame designer who wrote, directed, and edited Paranormal Activity. He found Micah and Katie after a marathon casting session in Hollywood yielded about 150 applicants. Then, for a mere $15,000 he shot the film in a week in his suburban tract home. He didn't even change the names of the actors. Now that is what I call cheap. 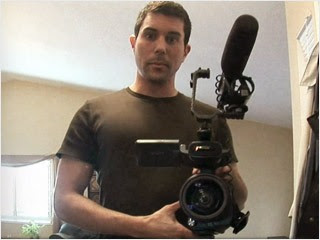 See Micah with his fancy camera. The camera is the real star of Paranormal Activity. Like so many others, Micah and Katie are exhibitionists. As Warren Beatty said to Madonna in her Truth or Dare (1991) concert film, "Why say anything if it is not on camera?" Now everyone can be on camera all of the time. Micah often asks Katie if he can film their "extra-curricular activities." At times, the extra-curricular activities seem more important to Micah than the paranormal activities. And, ultimately, Katie gets annoyed and tells him "Turn off the f-ing camera!" As if being tormented by a demon wasn't bothersome enough. 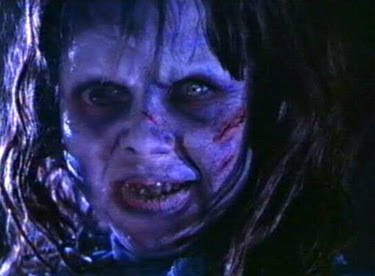 Here is Linda Blair possessed by a demon in The Exorcist. Peli acknowledges the influence of The Exorcist when he has Micah play spooky music reminiscent of the 1973 horror film. In The Exorcist, Linda Blair's character curses, rages, and hurls abuse at her mother, in other words, a realistic portrayal of a teenage girl. 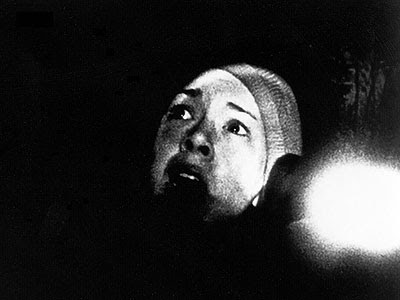 Here is Heather Donahue freaking out in The Blair Witch Project (1999), another dirt-cheap horror film with a clever marketing campaign. The Blair Witch Project is an obvious influence on Paranormal Activity, only the two directors of Blair Witch kept their actors awake at night in the woods at length, and didn't tell them what would happen next, and generally tormented them on video until they really were freaked out. Unfortunately, in Paranormal Activity, Peli relies on Katie's and Micah's acting. 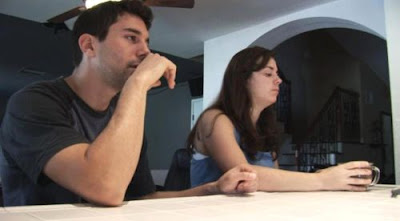 Here are Katie and Micah acting. They are also sleep-deprived, but still unaccountably not leaving the house, after the demon torments them for days. Katie says things like "It's getting worse," and "I'm nervous," and "Something's wrong," and "I can feel it watching me right now." Katie is an English major planning on becoming a teacher someday. I kept hoping she would recite lines from The Mysteries of Udolpho, but no such luck. 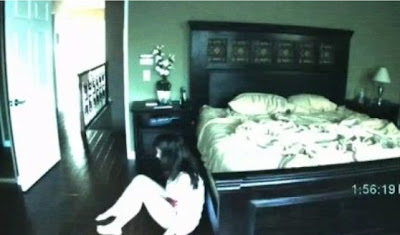 Eventually, things start getting really bad for Micah and Katie. (Spoiler alert) The demon messes up Micah's Ouija board, demonic paw prints appear in the baby powder, and Katie has difficulty studying for her English test.
I made the mistake of seeing the movie on a Saturday afternoon with a restless audience. A little boy kept saying "Oh man, oh man, oh man," as his mother tried to shush him, and a girl kept hopping up and down the stairs by the seats. At the climax of the film, two women behind me laughed, and one said, (I'm not making this up): "The most frightening film ever made, my ass!"
Next time I'll watch Paranormal Activity with a sold out crowd at midnight.
Related link:
notes on Paranormal Activity 2
Labels: Paranormal Activity

Richard Bellamy said…
Hilarious post, FilmDr. Interesting thing about the allusions to The Exorcist - they're looking at the article about the incident that inspired the film, but you'd think they'd say, "Oh, man, just like The Exorcist" of "Looks just like Linda Blair" - which they would most likely say - or maybe they don't know much about movies.

Anyway, now you know I was disappointed with this movie and didn't want to spoil it for anyone. Joking aside, people must be easier to scare at midnight.

I loved this film, and thought the final 20 minutes among the most terrifying ever seen on film. I was no fan of BLAIR WITCH either.
October 18, 2009 at 11:31 PM

The Film Doctor said…
Thanks, Hokahey, for fleshing out my point about The Exorcist. I thought it was interesting how fuzzy that scene with the article was. With this kind of indie horror aesthetic, an image's lack of clarity supplies part of the horror.

Thanks, Sam. Once again, we disagree (respectfully), although I wonder if I had liked the film more with a more interested crowd. Regardless of the actual quality of the film, I'm still very happy with it, because its success will help inspire amateur filmmakers everywhere. Oren Peli deserves accolades for that alone.
October 19, 2009 at 3:51 PM

The Film Doctor said…
Thanks, Invisible Woman. I can definitely appreciate the film as an intriguing effort given meager resources. However, I don't think I ever got properly scared of the demon.
October 21, 2009 at 2:24 PM

Paranornal Activity 2 said…
There really is no consensus on this movie. Most of the times i go with your review, and so far you've been more right than wrong.
November 1, 2010 at 2:08 PM