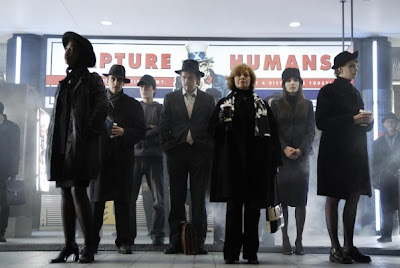 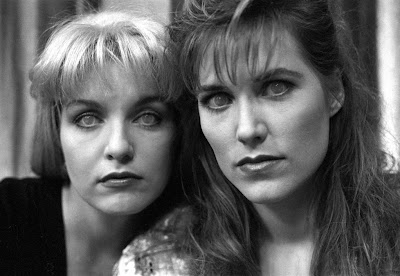 ---Twin Peaks,
---Facebook and Twitter-related legal conundrums,
---Psycho,
---Zadie Smith's thoughts about the pros and cons of novels and essays:
"I know, now that I've finished them, that I wrote my own essays out of exactly the kind of novel-nausea Shields describes. I was oppressed by a run-of-the-mill version of that narrative scepticism Kafka expresses so well in one line in "Description of a Struggle": "But then? No then." Simply put, my imagination had run dry, and I couldn't seem to bring myself to write the necessary "and then, and then" which sits at the heart of all imagined narratives. When you're in this state – commonly called "writer's block" – the very idea of fiction turns sour. But in a strange circular effect, it has been the experience of writing essays that has renewed my enthusiasm for the things fiction does that nothing else can. Writing essays on Kafka, on Nabokov, on George Eliot, on Zora Neale Hurston, I was newly humbled and excited by the artificial and the fully imagined. The title of the book, Changing My Mind, is meant to refer to the effect great fiction like this always seems to have on me. I once thought, for example, that I didn't want ever to read another lengthy novel about family life – and then I read The Corrections. That book gave something to me I could never get from an aphoristic personal essay about the nature of art (I think that "something" might be "a convincing imitation of multiple consciousnesses", otherwise known as "other people"). And vice versa. I don't think I'm alone in that feeling. As general readers, who thankfully do not have to live within the strict terms of manifestos, we are fortunate not to have to choose once and for all between two forms that offer us quite different, and equally valuable, experiences of writing."
---the history of cute,
---funky new production companies like Encyclopedia Pictura:
"The table is a rectangle. Candles burn in a shrine to a Hindu-looking deity. Hypnotic Balinese gamelan music plays on a circa-1970s component stereo. A cardboard box full of quartz crystals glows with the orange light of the sun setting over the prickly, timber-clad ridge. In attendance tonight are four males, a female, and a red-spectacled Amazon parrot. Everyone gathered has a freshly showered look, wet hair, and sunburned noses; they spent the day laboring in the late-summer heat, building an outdoor kitchen. A thirty-year plan is already in effect, based on the principles of permaculture, sustainable communities, infinite possibilities. They'd like to purchase the rest of the parcel — Grandpa's house and acreage — in order to create a back-to-the-land version of Walt Disney Studios or Lucasfilm, complete with individual habitats, zip lines, and highly advanced digital-filmmaking technology, a "mythological and magically inspiring place that isn't synthetic and fake, built with living things and populated with real people," according to Isaiah Saxon, the undisputed center of the triumvirate, first among equals. Their immediate goal is to feed and house the roughly twenty computer artists it will take to produce their next project — a full-length IMAX 3-D movie."
---lists,
---good music of the last ten years,
---infographics, and lastly,
---a celebration of food in cinema.
Labels: Notable film and media links

30 Day Feature Film Challenge said…
How long does it take to make a movie? Six months in pre-production? Six weeks’ shooting? Six years for a writer to dream it all up in the first place? How about 30 days? That’s the challenge a group of three young L.A. filmmakers have set themselves. Their aim is to make a 90 minute feature film – from initial concept to production – in just one month. Start date, November 20th, 2009. Here is their website that is documenting their progress day by day. http://www.30dayfeaturefilmchallenge.com - check out the current dream team in just 8 days. Challenge yourself, JOIN THEM!!!
November 28, 2009 at 4:39 AM