Sven Birkerts' "The Mother of Possibility" and other links 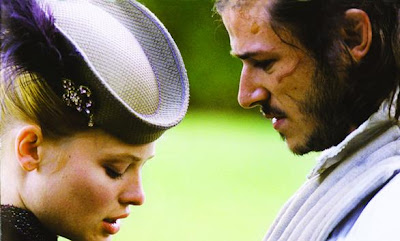 ---Perspective
---North Korean Haircut
---Sven Birkerts praises idleness:
"I wonder how all this clicking and mouse-nudging impinges on our arts, our literature, and if any of the old ease can survive. I was delighted recently to open Geoff Dyer’s Yoga for People Who Can’t Be Bothered to Do It and hear him announcing, “In Rome I lived in the grand manner of writers. I basically did nothing all day.” But Dyer seems an exception to me, a survival from another era. We are few of us in Rome, and fewer up for the “grand manner.” Who still idles? Sieving with the mind’s own Google I pull up a few names: the late W. G. Sebald, Haruki Murakami, Marilynne Robinson in her reverie-paced scenemaking, Nicholson Baker in The Anthologist…But finally there are few exemplars. Most contemporary prose, I find, agitates; it creates a caffeinated vibration that is all about competing stimuli and the many ways that the world overruns us. Idleness needs atmospheres of indolence to survive. It is an endangered condition that asks for a whole different climate of reading, one that is not about information, or self-betterment, or keeping up with the latest book-club flavor, but exists just for itself, idyllic, intransitive.I recently heard a commencement speech by critic James Wood in which he lamented the loss of pungency from our lives—so much is now sanitized or hidden away from the public eye—and exhorted would-be writers to search deep in their imaginations for the primary details that animate prose and poetry. On a similar track, I wonder about childhood itself. I worry that in our zeal to plan out and fill up our children’s lives with lessons, play dates, CV-building activities we are stripping them of the chance to experience untrammeled idleness. The mind alert but not shunted along a set track, the impulses not pegged to any productivity. The motionless bobber, the hand trailing in the water, the shifting shapes of the clouds overhead. Idleness is the mother of possibility, which is as much as necessity the mother of inventiveness. Now that our technologies so adeptly bridge the old divide between industriousness and relaxation, work and play, either through oscillation or else a kind of merging, everything being merely digits put to different uses, we ought to ask if we aren’t selling off the site of our greatest possible happiness. “In wildness is the preservation of the world,” wrote Thoreau. In idleness, the corollary maxim might run, is the salvaging of the inner life."
---Julian Assange can be rude 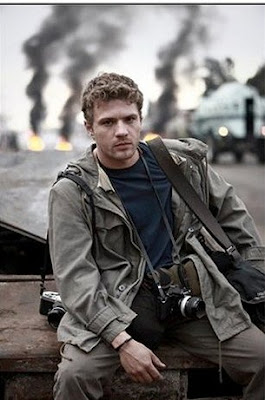 ---The Bang Bang Club trailer
---a proper Chatroulette proposal
---filmmaking and the American corporate mentality
---Google Earth, the highlights
---David Orr's culture diary:
"10:30 a.m.: Prepare to enter my “writing mode.” Place one hand on a dictionary originally owned by T.S. Eliot (a fortune at auction, but worth it!). Place the other hand on a bathrobe belonging to Hart Crane. Place my feet in a laundry hamper thought to have been briefly in the possession of James Merrill’s dentist. Soak it in.11:00 a.m.: Begin sketching thoughts about John Ashbery’s translation of Rimbaud into moleskin notebook. Ostrich quill? Oui.Oui indeed.12:30 p.m.: Gaze poetically heavenward while sharing a light lunch of organic pearl onions and filet of local cassowary with James Franco and Harold Bloom at the Yale Club. Franco gets a little tipsy and punches a waiter while shouting something about “Twitter” (possibly “water” or “mother"; his enunciation was suffering). Waiter out cold. I cover waiter with my favorite made-to-measure ascot and flee.2:35 p.m.: Sex, hastily, then petit-fours."
---a brief history of title design
---the evolution of Naomi Watts
---The Kennedys trailer looks dubious
---the women of Howard Hawks
---The Princess of Montpensier trailer
---17 notoriously prickly interview subjects
---a cure for screenwriters and Jennie Yabroff's "The Writers of Hollywood":
"In movies, writers are only slightly less morally repugnant than serial killers (unless the writer isa serial killer). According to Hollywood, writers are either parasites (Deconstructing Harry,Barton Fink, Capote, Misery); perverts (The Squid and the Whale, Adaptation, Wonder Boys,American Splendor); addicts (Permanent Midnight, Barfly, Leaving Las Vegas, Sideways), or sociopaths (La Piscine, Deathtrap, The Shining). They have monstrous egos and tiny, wizened hearts. Their moral compasses are permanently cracked; their personal relationships are cynically contrived to produce “experience,” which they feed to the insatiable maw of their craft. They are creatively constipated. They practice poor personal hygiene. They are not lovely to look at. It almost goes without saying that they are almost always male." 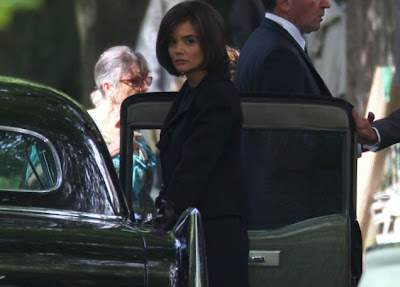 ---Blinky, the evil robot
---Morozov considers the Internet
---"Fear and Loathing at 40" by Michael Bourne
---a tribute to David Fincher
---Tom Brown's "Film Moments: Reading Cinema in Pieces"
---digital Africa
---Keira Knightley sells out
---Bret Easton Ellis likes Charlie Sheen
---lastly, Paul Schrader on Narrative Exhaustion:
"Originality has always been in short supply. Does the proliferation of media mean that it is harder to be original today than it was 50 years ago? Well, yes. Today's viewers live in a biosphere of narrative. Twenty-four-seven, multimedia, all the time. When a storyteller competes for a viewer's attention, he not only competes with simultaneously occurring narratives, he competes with the variations of his own narrative. That's real competition. The bar of originality has been raised. The media marketplace puts a premium on anything "new" or "fresh" and, at the same time, inundates its viewers with continual and competing narratives.Critics and commentators love to say things like "I love an old-fashioned love story," or a "good old-fashioned murder mystery". But what is their response when they are presented with just that? Adjectives such as "tired", "hackneyed", "unoriginal", "dated" and "prosaic". What's a writer to do? . . .
Storytelling began as ceremony and evolved into ritual. It was commercialised in the middle ages, became big business in the 19th century and an international industry in the 20th. Today it is the ubiquitous wallpaper of the postmodern era. As screenwriters, we struggle with our own success. We have wallpapered our world and now we can't get anyone to notice the picture we just hung. This is not a big deal. Not a crisis. The "exhaustion of narrative" is not a standalone development. It is one of a set of crises that afflict current cinema."
Labels: Notable film and media links

George Kaplan said…
I'm in a predicament. I watched this movie called I Saw the Devil. It is a deeply sick, evil, and violent movie that no one in their right mind would recommend. At the exact same time, it is brilliantly made, wonderfully acted, and very thought provoking.

I really want someone else to see it because I need to discuss it with someone. I was wondering if you would bite the bullet and consider watching it. It has problems, one being its perverse tendency to depict violence against women. But damn if certain scenes aren't the most suspenseful, well crafted moments I've ever seen in movies this year (or the past year).

Another problematic point is that this movie is similar to Oldboy, a movie you are notoriously fond of (it even stars the main guy). For me could you at least give this movie a look? I don't think it is really up your alley (or anyones' alley technically), but I desperately need to meet someone who has seen it.

The Film Doctor said…
Thanks for the tip, George. Yes, as you know, I despise Oldboy for the way it degrades the main character until he's on his knees and seeking any way to degrade himself further. Nor do I care much for gratuitous depictions of violence against women. So, I don't know. We can talk about it elsewhere.
March 27, 2011 at 2:57 AM