"On the set of Apocalypse Now" and other links 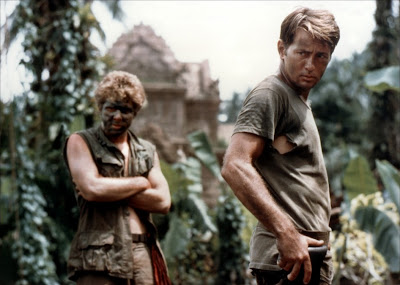 ---Steven Santos' video tribute to Dog Day Afternoon
---Tina Bexson's "The Making of Blade Runner"
---Viva Zombatista
---Don Belt's "The Coming Storm":
"We may be seven billion specks on the surface of Earth, but when you're in Bangladesh, it sometimes feels as if half the human race were crammed into a space the size of Louisiana. Dhaka, its capital, is so crowded that every park and footpath has been colonized by the homeless. To stroll here in the mists of early morning is to navigate an obstacle course of makeshift beds and sleeping children. Later the city's steamy roads and alleyways clog with the chaos of some 15 million people, most of them stuck in traffic. Amid this clatter and hubbub moves a small army of Bengali beggars, vegetable sellers, popcorn vendors, rickshaw drivers, and trinket salesmen, all surging through the city like particles in a flash flood. The countryside beyond is a vast watery floodplain with intermittent stretches of land that are lush, green, flat as a parking lot—and wall-to-wall with human beings. In places you might expect to find solitude, there is none. There are no lonesome highways in Bangladesh.
We should not be surprised. Bangladesh is, after all, one of the most densely populated nations on Earth. It has more people than geographically massive Russia. It is a place where one person, in a nation of 164 million, is mathematically incapable of being truly alone. That takes some getting used to.So imagine Bangladesh in the year 2050, when its population will likely have zoomed to 220 million, and a good chunk of its current landmass could be permanently underwater. That scenario is based on two converging projections: population growth that, despite a sharp decline in fertility, will continue to produce millions more Bangladeshis in the coming decades, and a possible multifoot rise in sea level by 2100 as a result of climate change. Such a scenario could mean that 10 to 30 million people along the southern coast would be displaced, forcing Bangladeshis to crowd even closer together or else flee the country as climate refugees—a group predicted to swell to some 250 million worldwide by the middle of the century, many from poor, low-lying countries."
---deleted scenes from Airplane!
---Tim Hetherington's Diary
---Carey Fleiner's review of A Cultural Dictionary of Punk 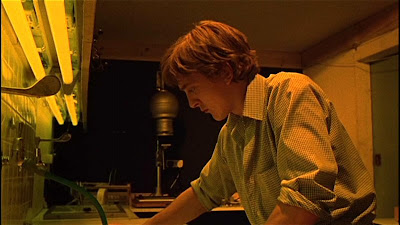 ---Welcome to Fontevraud
---Facebook and dullards
---Michael Mann's Luck
---on the set of Apocalypse Now:
“I am doing this film half intuitively,” says Coppola, sitting inside his houseboat, where he wrote out the script each day on index cards. “I am spinning a web. The movie has two levels – the level of the life on the boat and the mission and then what happens to Kurtz’s mind when the film becomes a surreal. His mind is blown by the extent of the horror of the war. You have to invent. All I do is see more or less what the truth was and put it in the movie. Of course, the movie has to live in reality and practicality. I’m spending $100,000 a day. Imagine the degree of control I have to have.”That control wasn’t always easy – to say the least. The first phase of “Apocalypse” ended when the typhoon struck, destroying sets that had taken months to build and stranding the crew in various isolated locations. (One group found itself stuck in a house with a Playboy Playmate, who shut herself up in a room, declaring, “I can do without sex for nine months.”) Even before the typhoon, Coppola fired one of his leading actors, Harvey Keitel, who hated the jungle and couldn’t stand bugs. On the first day of shooting, Keitel and the other actors had been unintentionally left by the camera crew in the middle of the river. “Hello,” announced Keitel fruitlessly into his walkie-talkie. “Hello, this is Harvey Keitel.” Silence. “This is Harvey Keitel.” Silence. Then: “You wouldn’t do this to Marlon Brando. You wouldn’t do this to Marlon Brando.”
---Cinevault
---musical moments in Martin Scorsese's films
---Robert Rodriguez film school
---David Bordwell on Sidney Lumet
---making Antonioni's Blow-Up 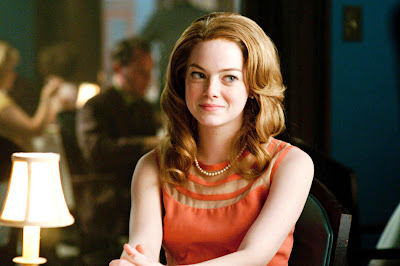 ---trailers for Stake Land and The Help and Hesher
---YouTube Copyright School
---The Hobbit behind the scenes
---lastly, Michael's notes on celluloid preppy:
"The Door in the Floor (2004) is so quintessentially Preppy it’s almost a parody. Summer, writing internships, houses by the ocean, collared shirts, prep school, Huc Venite, Pueri, ut Viri Sitis, and a bitter marriage; it’s certainly one of the more Preppy movies of recent times. Woody Allen often has rich, successful, troubled characters in his films, but his most Preppy offering is one in which he did not star, called Interiors (1978). It meets plenty of the criteria, bitter marriage, house by the beach, fine décor, and a cast wardrobe all in beige and earth tones. Prep plays a bit of a supporting role, though a very important one, in one of Julia Roberts’ earliest films Mystic Pizza (1988). This film deals with the important Preppy pastime of slumming. Julia Roberts and her two friends play girls who work at a pizza place in Mystic, Connecticut. One night, just after Summer has ended (sad), the girls go to their usual dive-ish hang out and who should walk in, slumming with his other white wine drinking cohorts, but Charles Gordon Windsor Jr. A very young Matt Damon plays Charles’ younger brother in a brief dinner scene towards the end of the film. One of Julia Roberts’ friends in the movie is having an affair with an architect who lives in a house by the water that he’s fixing up while his wife is in England. All very Preppy indeed.Ordinary People probably takes the cake in terms of its sheer Preppy tone, not just because of those obvious Prep touches like a golf game that causes the disintegration of the marriage, flashbacks of foul-weather sailing, discussions of playing round robin at the club as well as touch football on the lawn, but for the fact that this movie really encapsulates that dry, distant spirit of Prep life. Particularly the little, uncomfortable, mundane, pleasantries that deliberately mask what all the character are really thinking about: “I think little Harry moved to Skokie”, “Is the fish too dry?”, “I was awful at Trig”, “You can’t save French toast”, “Come on, let me just get this one picture of you and Conrad.”
Labels: Notable film and media links

Reanaclaire said…
Hello, I would like to offer you to write about some movie reviews, hope you will drop me an email for more details.. thanks!

theoncominghope said…
Great post tonight! I particularly thank you for the post on film Prep, as it's something I never really though about before (and pervades quality teen comedy for whatever reason!)
April 26, 2011 at 12:41 AM

The Film Doctor said…
Thanks for the offer, reanaclaire.

Thanks, theoncominghope. In regards to celluloid prep, I must admit that Metropolitan is one of my favorite movies.
April 27, 2011 at 2:37 AM