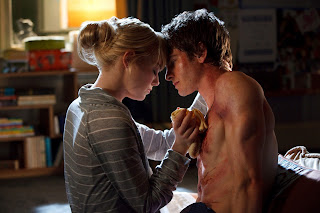 -- Alfonso Cuaron and the art of the long takes

---your security-industrial complex at work

---"If chairs are such a dumb idea, how did we get stuck with them? Why does our culture demand that we spend most of every day sitting on objects that hurt us? What the hell happened?

It should be no surprise to readers of Jacobin that the answer lies in class politics. Chairs are about status, power, and control. That’s why we like them. Ask any furniture historian about the origins of the chair and they’ll gleefully tell you that it all started with the throne."

---The Clash: Westway to the World

---J. Hoberman's "The Organizer: Description of a Struggle"

---Gone With the Wind's screen tests

---"the demonization of protest, the militarization of police, and turning local cops into `terrorism' officials"

---"As appealing as the HD image may be, too many of the indie films I've seen lately come off the screen with the same glossy, digital sheen about them. Watch enough of them, and that gloss starts to read like plasticity."

---Michael Fassbender: "His voice is as deep and gravelly as Harrison Ford’s, his carriage as upright and intense as Daniel Day-Lewis’s, the blue/green/gray eyes as attention-grabbing as Paul Newman’s. The entire roomful of women is Not Staring and Not Listening so comprehensively, politely (and Englishly), that I become unhinged and drag him outside to sit in the cold at the single, solitary pavement table. His tea is brought out to him. No cakes." 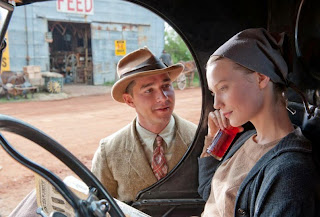 ---trailers for Mansome, The Impossible, Ill Manors, The Amazing Spiderman, End of Watch, Beasts of the Southern Wild, Shut Up Little Man, This is 40, Prometheus, Lawless, and Up in Smoke

---"Our highest government officials, up to and including President Bush, broke international and U.S. laws banning torture and cruel, inhuman, and degrading treatment. Worse, they made their subordinates in the military and civilian intelligence services break those laws for them.

When the men and women they asked to break those laws protested, knowing they could be prosecuted for torture, they pretended to rewrite the law. They commissioned legal opinions they said would shield those who carried out the abuses from being hauled into court, as the torture ban requires. `The law has been changed,' detainees around the world were told. `No rules apply.'

---lastly, Looking at You
Labels: Notable film and media links