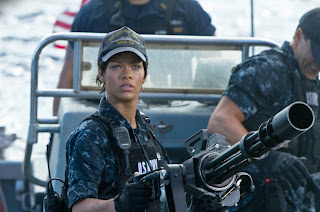 ---our constitutional right to record

---propaganda in the US

---"I’m just old enough to remember the Great Depression. After the first few years, by the mid-1930s — although the situation was objectively much harsher than it is today — nevertheless, the spirit was quite different. There was a sense that ‘we’re gonna get out of it,’ even among unemployed people, including a lot of my relatives, a sense that ‘it will get better.’ . . . It’s quite different now. For many people in the United States, there’s a kind of pervasive sense of hopelessness, sometimes despair. I think it’s quite new in American history. And it has an objective basis."  --Noam Chomsky

---"If the inmate count dips, sheriffs bleed money. Their constituents lose jobs. The prison lobby ensures this does not happen by thwarting nearly every reform that could result in fewer people behind bars."

---Robert Downey Sr. and Paul Thomas Anderson have a chat

---5) "Punch people in the face"--the lessons of Peter Grant

---"I spent five hundred . . . pages trying to make this case, that the Sex Pistols had an entire tradition — an unspoken, unheard, invisible tradition — behind them. They were the avant-garde taking its revenge on the 20th century and saying, "Now, you're going to have to listen to us whether you like it or not." All of these artists and polemicists and critics, whether it was Richard Huelsenbeck or Guy Debord, all of them were saying, "You can't ignore us any longer, we've found our voice." And Johnny Rotten doesn't know or doesn't care, he's speaking for himself, but all those voices are in there. And I'm hearing something I've never heard before. And I don't know what this is. I'm so moved by it, so transported by it. I just wanted to hear more, and I'm afraid of what `more' might be. That's a great feeling, you know, to be afraid to turn on the radio, afraid to walk into a record store. Because it's going to do something to you, and you don't know what that's going to be."--Greil Marcus

---trailers for Antapal, Won't Back Down, and Hyde Park on Hudson

---"Mary Dudziak’s new book, War Time: An Idea, Its History, Its Consequences, is a crucial document. Dudziak, a legal historian at the University of Southern California, argues that we are experiencing `not a time without war, but instead a time in which war does not bother everyday Americans.' Her smooth foray into legal and political history reveals that in not just the past decade but the past century, wartime has become a more or less permanent feature of the American experience, though we fail to recognize it. She doesn’t say so explicitly, but we are experiencing a reverse Orwellian situation, in which the state, rather than elevating war to perpetuate itself, obscures war to perpetuate itself."

---"People are ready to see the war be wound down,” says Heather Hurlburt, executive director of the National Security Network. “They don’t really understand. It’s been ten years, Bin Laden is gone, what exactly are we there for again?”

---The Substance of Style 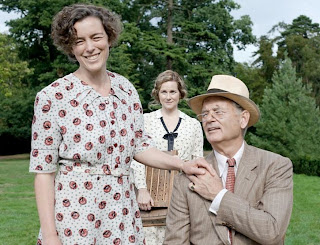 ---"I’m used to very strong women because my mother was particularly strong, and my father was away all the time. My mother was a big part of bringing up three boys, so I was fully versed in the strength of a powerful woman, and accepted that as the status quo. I think there are a lot of men who feel they’re being emasculated by having the woman be in charge; I’ve never had that problem. All the relationships in my life have been with strong women, from childhood. The relationship I’ve had in my life for the past 30 years is with a very strong Costa Rican woman. Oddly enough, I find it quite engaging to be working with a female when I’m directing. It’s kind of interesting." --Ridley Scott

---the music of Jim Jarmusch

---"I think the general public is beginning to learn the value of information. To give an example, for a very long time nobody in the U.S. or the world was allowed to know the number of civilian casualties in Afghanistan or Iraq. There were wild guesses and they were all over the ballpark figures, until a young army private named Bradley Manning had the courage to steal that information from the U.S. government and release it. Now we know that despite their smart munitions and all their high-technology they have somehow managed to accidentally kill 150,000 civilians in two countries."