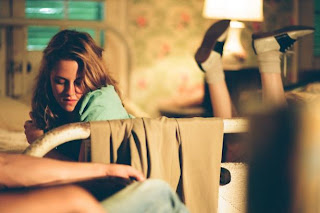 ---"How to Launch a Short Film Online"

---"When I first saw The Usual Suspects, it suddenly hit me who the real Keyser Söze was: Stanley Kubrick. A figure enveloped in mystery and carefully constructed anecdote, someone about whom everyone has a different story, but all of which end in submission. There is probably no other American filmmaker of his generation who so thoroughly dramatized cruelty, and Kubrick’s whims—his playful malice—have become an integral part of his legend.

Like Söze, the near mythical ur-gangster at the heart of The Usual Suspects, Kubrick was a master manipulator who could bend people to his will and then place them exactly where he wanted them. When it is said in the film that Söze was the one to gather a group of extras and march them into certain death, I was reminded of Kubrick’s ability to extract the ultimate commitment from his collaborators. He was one of the last working directors to exist, like Söze, as a living myth."  --Elvis Mitchell

---Lincoln in movies and TV

---"the CIA at the end of the day is going to be demolished, is going to be deleted from our consciousness, and it has to be called the greatest criminal organization [in the country]. . . .Can Obama [stop the growth of the counterterrorism-industrial complex before it installs David Petraeus as emperor]? Yes — [he could] if he were the young vigorous figure that he pretended [to be]. That I thought he was. But he wasn't."  --Oliver Stone

---behind the scenes of Raiders of the Lost Ark

---"The end of a picture is always an end of a life.”--Sam Peckinpah 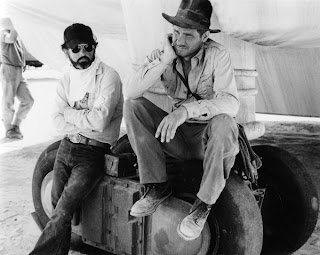 ---"It is undeniable that Star Wars’ success put the whizz-bang thrill machine front and centre – its rapid pace and zappy graphics also influencing the emerging MTV channel and computer games, more entertainments that critics like to pronounce as the death knell of cinema. But just as ageing racer John Milner in Lucas’ American Graffiti lamented that “rock’n’roll has been going downhill ever since Buddy Holly died,” so the ‘Star Wars murdered movies’ conspiracy theorists, perhaps blindsided by the saga’s impact, haven’t really studied the evidence. For starters, as the unadulterated genius of Badlands, McCabe & Mrs Miller and Mean Streets were being lapped up by the cognoscenti, the masses were enjoying Earthquake, The Towering Inferno and The Spy Who Loved Me, blockbusters every bit as programmatic as Star Wars but with none of the charm. ‘70s Hollywood was changing anyway, the period of creative freedom facilitated by the end of the studio system coming to an end as behemoth conglomerates took control of Tinseltown at the close of the decade. The days of wine and ambiguous freeze-frame endings were probably numbered, Star Wars or no Star Wars."  --Ian Freer

---"The military commissions are just one piece of a larger, disturbing trend toward centralized presidential power with virtually no oversight or transparency"

---the increasing cultural irrelevance of movies

---trailers for West of Memphis, On the Road, Side Effects, and The Rift

---Split of a Second
Labels: Notable film and media links