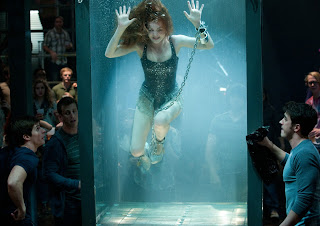 ---'Tis the Season to Get Trampled

---how to get a Hollywood greenlight

---“I don’t want to read fiction, I don’t want to write it, and I don’t even want to talk about it anymore. I dedicated my life to the novel. At the exclusion of nearly everything else. It’s enough!”  --Philip Roth

---The Bad and the Beautiful

---"As the world’s population begins to swell amazingly, it is a chance to make us all feel that we are in the same world and going through the same thing, what has been called `the global village.' Whereas I feel that what the screen does is say to you, `This is reality if you want to believe it, but it’s a trick.' And in fact what it’s doing, in so profound a way that nobody needs to understand this, is giving you a screen on which you can tell yourself that you are dealing with and seeing reality whereas in fact what it teaches you is that you don’t have to bother. That the old connections of sympathy, anger, questioning, doubt, political involvement and action that through the nineteenth-century and the early twentieth-century we more or less believed in — it’s a myth. You actually now live in a world where most intelligent young people are confident that it’s going to end, and are assured of the futility of any of the kinds of action or response that would have come from sympathy and anger and protest. So that if you look at, say, Fukushima on the screen, the essential reaction is, 'Oh, that’s extraordinary, it’s not me this time, but it will be.' We have issues and we have problems of enormous scale. We know that we’re dancing on the brink and we have the most useless, futile political system we have ever had. I’m talking about this country [the U.S.] but there are many other countries too where everyone actually says, `Well, yes, I’m the president, I’ve got the job, but we can’t do anything about it, we know that.' And it’s just a question of time, just a question of waiting for it. So in many respects, what has come from this immersion in images, is to teach us that we need have nothing to do with reality; it’s pointless."  --David Thomson

---"It’s a great job — the best I can think of, actually. You walk into a room and say, ‘I’m imagining this,’ and they give you millions of dollars to go out and make it real. That’s a pretty good gig."  --Steven Soderbergh

---Night of the Living Dead

---The Cabin in the Woods' title sequence

---"The whole set-up of life doesn’t make any sense to me. I’m going to live for a while, and I’ll look good for a while, then I’ll really look good, and then it’s going to slowly fall apart. Year by year, I’m just going to cave in, then all my friends are just going to start dropping like flies, and hopefully I’m not one of them that drops first, and I’ll last as long as I can last and hopefully I won’t lose my mind and my memory while my kids have to take care of me."  --Judd Apatow

---“Irony has only emergency use. Carried over time, it is the voice of the trapped who have come to enjoy their cage.”  --David Foster Wallace quoting Lewis Hyde

---the shots of Paul Thomas Anderson

---"In essence, what we find, yet again, is that the governments of the United States and Israel arrogate unto themselves the right to execute anyone they want, anywhere in the world, without any limitations, regardless of how many innocent civilians they kill in the process."

---"Peter Chernin’s announcement shows us the future of Twitter: a media company writing software that is optimized for mostly passive users interested in a media and entertainment filter."

---"This price surge is a response to global population growth and the explosion of capital spending in China. Especially dangerous to social stability and human well-being are food prices and food costs. Growth in the productivity of grains has fallen to 1.2% a year, which is exactly equal to the global population growth rate. There is now no safety margin.

Then there is the impending shortage of two fertilizers: phosphorus (phosphate) and potassium (potash). These two elements cannot be made, cannot be substituted, are necessary to grow all life forms, and are mined and depleted. It’s a scary set of statements. Former Soviet states and Canada have more than 70% of the potash. Morocco has 85% of all high-grade phosphates. It is the most important quasi-monopoly in economic history. `It is crucial that scientists sound a more realistic, more desperate, note on global warming.'

What happens when these fertilizers run out is a question I can’t get satisfactorily answered and, believe me, I have tried. There seems to be only one conclusion: their use must be drastically reduced in the next 20–40 years or we will begin to starve." 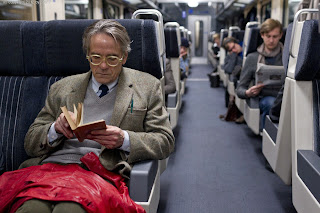 ---"Weekend is structured like a problem in logic or a mathematical theorem. Virtually every scene reflects the unraveling of Rousseau’s social contract and points to an inevitable disintegration into tribal atavism. Godard, who trained as an ethnologist, adapted the film’s structure from Friedrich Engels’s The Origin of the Family, Private Property, and the State (1884). Engels developed his ideas from the anthropologist Lewis Morgan’s study of the Iroquois and Seneca tribes, which posits that, `according to the materialist conception, the determining factor in history is . . . the production and reproduction of the immediate essentials of life.' Engels describes the emergence of civilization from barbarism, and barbarism from savagery, as marked by stages in the development of articulate speech, the invention of weaponry, and the transition from migratory hunting and gathering to fixed communities based on agriculture.

In Weekend, these stages are set in reverse: a dominant class, alienated from `the production . . . of the immediate essentials of life' and devoted to mindless consumerism, is shown regressing to a state of savagery. Even Morgan’s Indians, alluded to at the outset by a little brat in a headdress, turn up in the form of revolutionary cannibals, declaiming the poetry of Lautréamont while frying up English tourists."  --Gary Indiana
Labels: Notable film and media links

Richard Bellamy said…
I read the Roth link. Most likely Roth will stick to his resolve, as opposed to Stephen King who has published thousands of pages since he declared he was giving up writing.
November 18, 2012 at 8:43 AM

The Film Doctor said…
Yes, I find Roth's belly-aching amusing given that he's also a great example to any writer, given his dedication and sacrifice. I wish that I had some of his discipline.
November 18, 2012 at 2:01 PM